Berlin-based GmbH has teased its latest ASICS collaboration — a GEL-Nandi 360 with asymmetrical colorblocking. First premiered in January during GmbH’s FW20 runway at Paris Fashion Week, the shoe offers an appealing yin and yang of colors and marks the brand’s third GEL-Nandi 360 collaboration of 2020, following up releases in both February and June while further earmarking it as their “signature’ shoe. 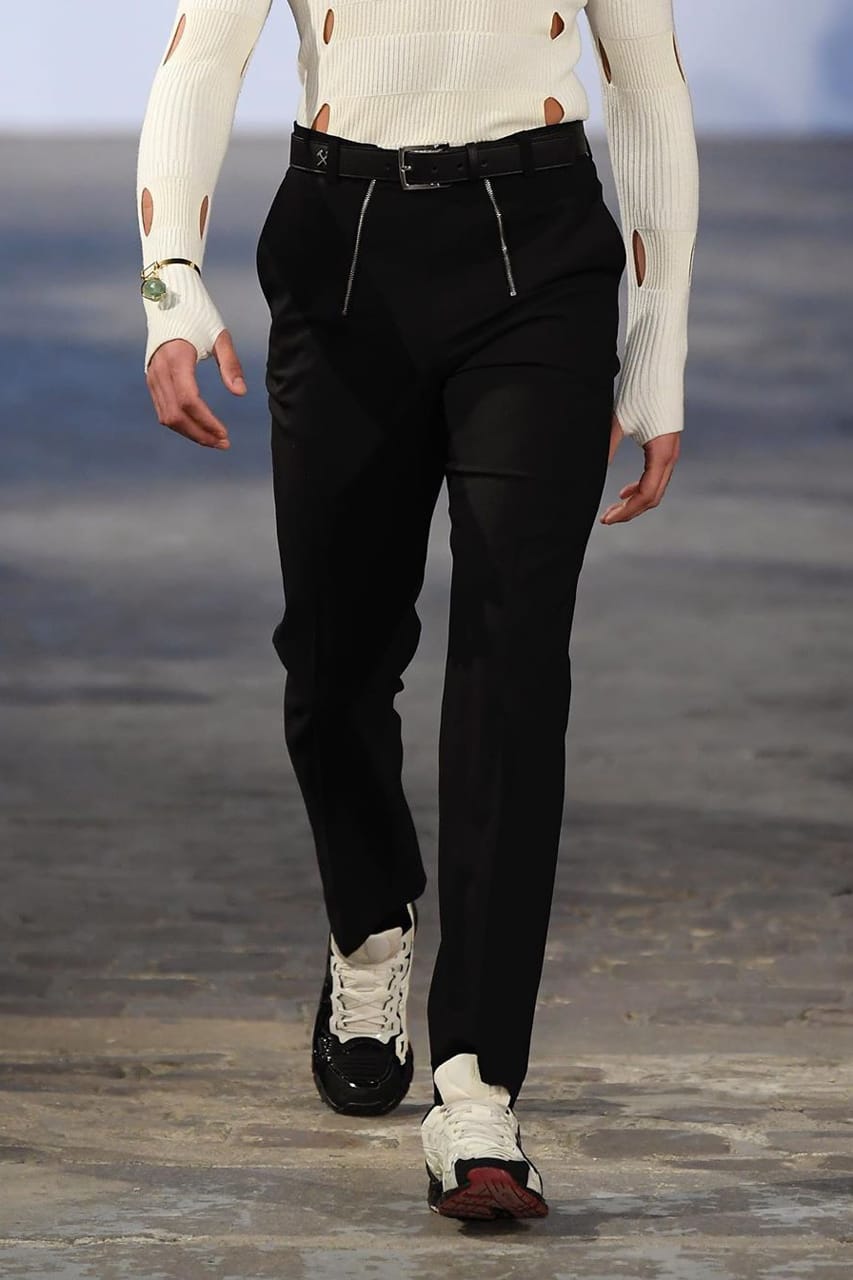 Continuing the ethos of past releases, patent leather is featured prominently on the shoe’s upper, gracing both sides’ Tiger stripes and their respective underlays. This stacked detailing arrives atop a textured mesh base, and differs vastly from the lateral to the medial side and the left/right feet. Black tones both flat and high gloss are bolstered with cream detailing on some pieces, while others overlay cream tones atop black embellishments. No two sides are the same however, making for an appealing hodgepodge of styles.

Heels provide a middle ground, adding a swatch of burgundy into the mix. Texture is also upped, thanks to a black rubberized counter that extends slightly beyond the heel itself. Co-branded details are sprinkled throughout the upper, and midsoles serve up a sharply-shaped mix of black FlyteFoam and GEL cushioning for exemplary feel. Further burgundy detailing on the outsole completes the look.

The assymetrically coloured ASICS by GmbH, which debuted at our AW20 show in January, are launching very soon. . #asics #gmbh #ylem.

An official release date or pricing information has yet to be announced, but expect this new GmbH x ASICS GEL-Nandi to release later this fall.

Meghan Markle and Kate Middleton: Are They Ready to Make Up?