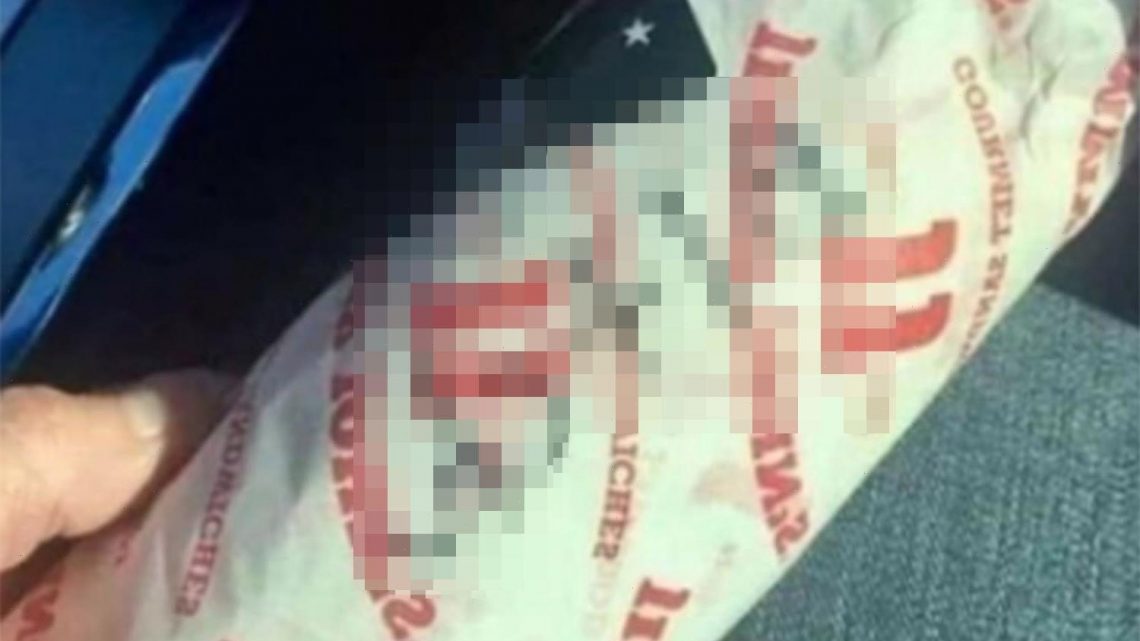 IT'S not uncommon to have your name scribbled on your fast-food order upon picking it up as it's an easy way for staff to keep track of orders.

But one diner fumed after receiving a sandwich emblazoned with an insult, and demanded an explanation. 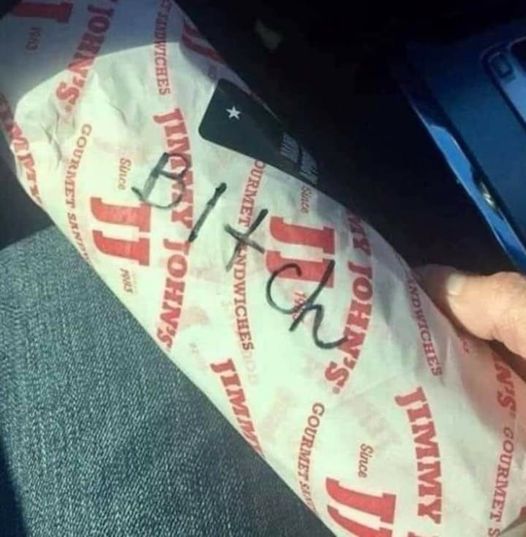 The sandwich appears to be from an American fast-food chain and looks to have the word 'b***h' written on it in bold black letters.

A woman shared a snap of it online explaining the circumstances, although it's not known if it happened to her or someone else.

Many pointed out it is a viral post from 2019, but found the incident hilarious regardless.

Captioning the photo, she wrote: "Are you serious?!?!? So, after leaving the drive thru I took my sandwich out of the bag and saw THIS!! Seriously? Oh not today, not today!! I went back to the restaurant, went INSIDE (already fuming), asked to speak to the manager. I asked him for an explanation.

I went back to the restaurant, went INSIDE (already fuming), asked to speak to the manager. I asked him for an explanation.

"The manager looked confused, so I pointed at the writing on the sandwich and demanded that he tell me why someone felt the need to write THAT on my sandwich. He answered, 'because you ordered a BLT (bacon lettuce tomato) with cheese??' To which i replied 'Oh'."

You see, the first three letters which look to be 'Bit' is actually 'BLT' which stands for bacon, lettuce, tomato.

The 'ch' which follows is short for 'cheese' referencing the extra cheese requested on the sandwich.

The post was once again a hit racking up almost 10,000 likes and being shared almost 3,000 times.

It's believed the original post was shared by a South Carolina-based man in 2019 who claimed he thought the insult was aimed at his wife at the time.

"This is so, so funny," one person said, and thousands more agreed.

"That's brilliant," said another alongside a laughing emoji.

Many others said they'd "seen it before" confirming the woman was probably just re-sharing the post, although this wasn't made clear.

"This has been around for a few years now," said one, while another added: "I laughed at this when I first saw it."

Meanwhile, this mum was shocked when her sister-in-law demands she pay for Gucci top which was ‘ruined by her baby’s vomit’

Plus man surprises his mum with pizza after 7 months apart – her reaction has people saying he shouldn’t have bothered.

Don't miss the woman who turned her Fiat 500 into the 'world's tiniest campervan'.