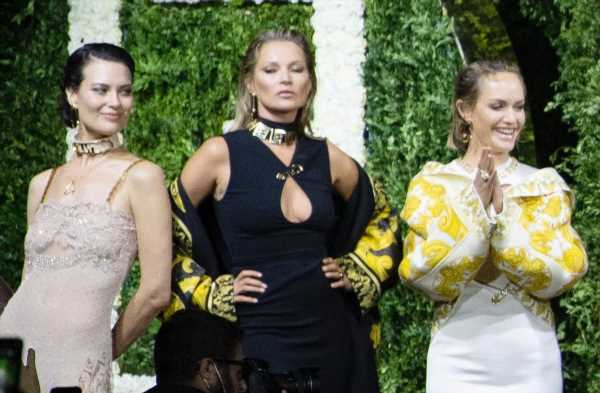 Fendi and Versace’s "Fendace" Show Was a Supermodel Reunion 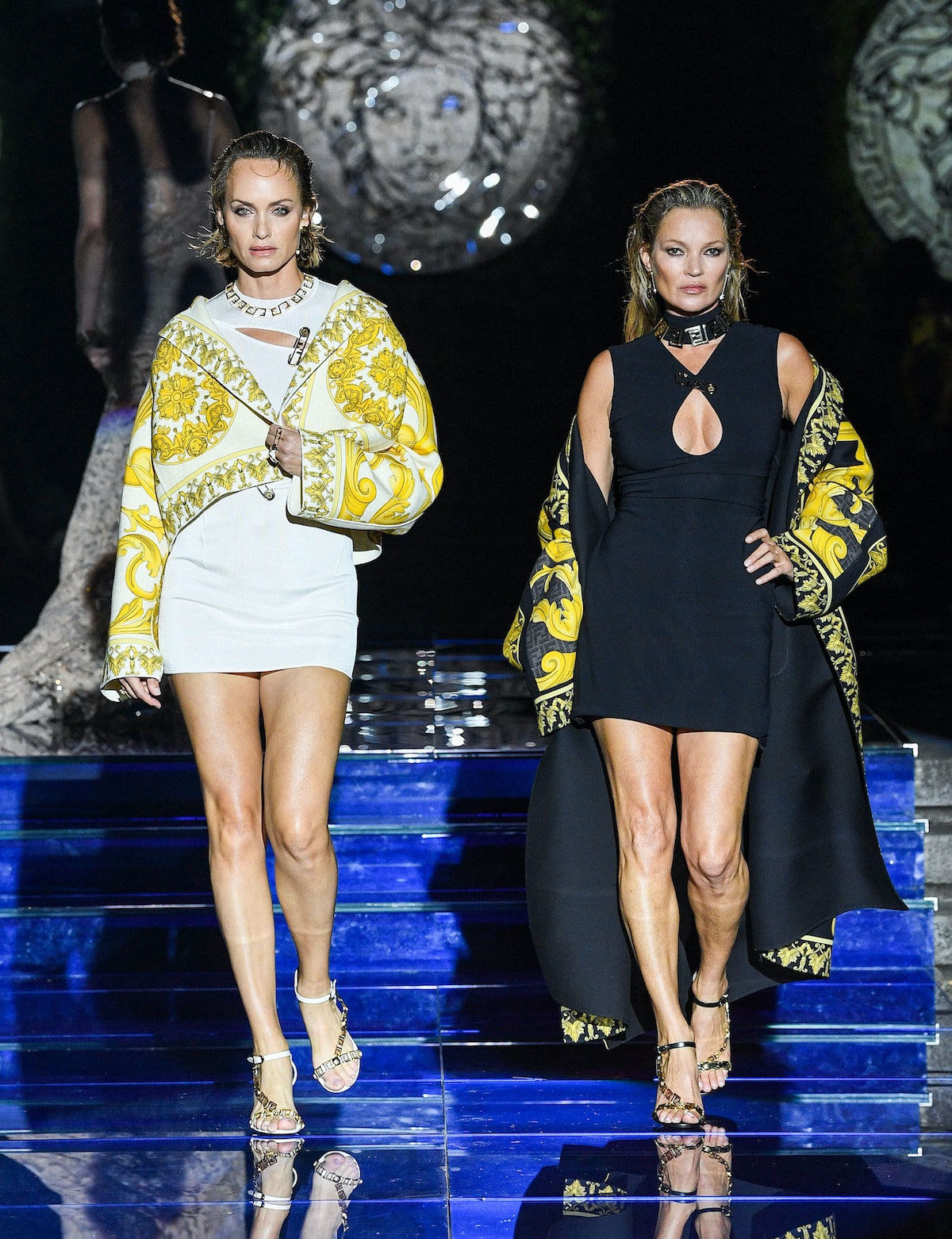 When it comes to assembling all-star runways, no one does it quite like Kim Jones and Donatella Versace. It’s no surprise, then, that supermodels came out in droves for the pair’s union of Fendi and Versace—officially known as “Fendace”—on Sunday. “This is not a collaboration,” the designers said of the process in which each mined the other houses archives to reinterpret their codes. Instead, it’s a “coming together” of “two iconic fashion houses, or more rightly, two iconoclastic groups of people,” as well as “a celebration of Italian fashion and a to-hell-with-it disruption of the established order of things.” After all, the two houses are considered rivals, complete with different parent companies.

Donatella, Jones, and Fendi’s Silvia Fenturini Fendi made it clear they weren’t there to play from the get-go, enlisting Kristen McMenamy (and her glorious silver mane) to kick things off in a classic Versace safety pin dress topped off with gold Fendi logo jewelry. From there came the cream of the crop of her veteran peers: Shalon Harlow, Karen Elson, Kirsten Owen, Mariacarla Boscono, Amber Valletta, and Anja Rubik. Naturally, Jones’s pals Kate Moss and Naomi Campbell rounded out the list, marking the second time the latter has participated in a Versace ‘90s supermodel reunion.

Meanwhile, the front row played host to Demi Moore, who walked Kim Jones’s Fendi debut earlier this year; Dua Lipa, fresh from making her runway debut at Versace’s solo showing; and Elizabeth Hurley, queen of the Versace safety pin dress. The latter joined the Mosses in making it a family affair by bringing along her budding model son Damian. Really, though, it was all about the catwalk—especially when all the star power came together with Donatella and Jones for a grand finale so stacked, you’ll have to really zoom to take it all in.

The grand finale of the Fendace runway show during Milan Fashion Week on September 26, 2021.

Peter Sawkins on what goes on in Bake Off’s tent when cameras stop – ‘absolutely magical!’

Neurologist has his life brought to screens
Entertainment