Home » Fashion » Everything to Know About Netflix’s ‘Halston’ Limited Series

Everything to Know About Netflix’s ‘Halston’ Limited Series

Produced by Ryan Murphy, the show stars Ewan McGregor as the late fashion designer and follows the icon, known for his classic American sportswear designs, as he skyrocketed to fame in the 1970s and 1980s and his escapades at New York City’s famous Studio 54 nightclub.

The show stars other influential figures from Halston’s heyday, including his close friends and collaborators Liza Minnelli and Elsa Peretti.

From how to watch the limited series and what it’s about to the backlash it’s facing, here is everything you need to know about Netflix’s “Halston.”

When does “Halston” debut?

“Halston” will be available to stream on Netflix on May 14. The show is a five-episode limited series.

They Are Wearing: Springtime Fashion in and New York, Los Angeles, and Austin

Halston’s fashion empire quickly grew in the 1970s and 1980s, expanding from millinery to ready-to-wear that included apparel, accessories, fur, luggage and cosmetics. His excessive partying eventually interfered with his career, and he was ousted from his company in 1984 and was barred from designing under his own name. Halston spent the rest of his life trying to regain control of his namesake company, but was unsuccessful. He died in 1990 at the age of 57 after battling AIDS-related cancer, Kaposi’s sarcoma.

Who is cast in “Halston”?

In addition to Halston — who is played by Ewan McGregor — the new Netflix series is reimagining several other influential figures of the time. The show has cast Krysta Rodriguez, known best for her role in NBC’s “Smash,” as Liza Minnelli, who was one of Halston’s closest friends and often wore his designs. Another close Halston friend and collaborator, the late Tiffany & Co. jewelry designer Elsa Peretti will be played by Rebecca Dayan.

What is “Halston” about? 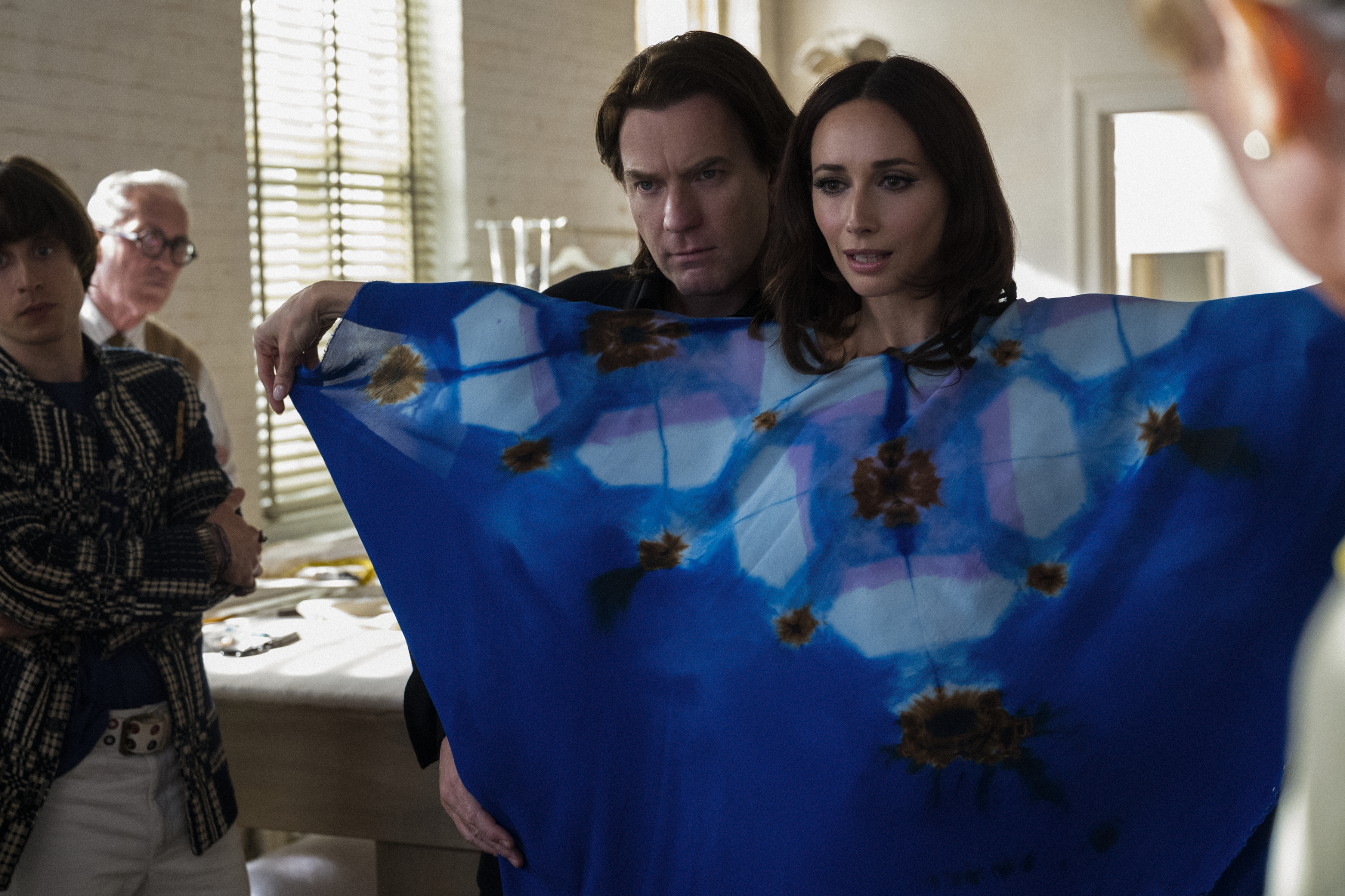 “Halston” will follow the iconic fashion designer at the height of his career as his empire was quickly growing.

“I have a vision. I’m going to change the face of American fashion,” McGregor said in the voiceover for the show’s trailer as he’s looking at the New York City skyline from his Olympic Tower headquarters.

The trailer shows Halston in his design studio creating some of his iconic looks, like his ultrasuede shirt dress and the halter dress. It also shows him interacting with his muses and close friends, like Minnelli and Peretti.

The show is said to follow Halston’s quick rise to fame as a fashion designer, and how his excessive partying interfered with his career and ultimately led to his downfall when he was fired from him company in 1984.

According to an interview with Murphy for Vogue, the show will also cover Halston’s death from AIDS-related cancer in 1990.

Has there been any backlash to the show?

While many have been eagerly awaiting the new show, Halston’s own family has denounced the upcoming series and stated that they were not consulted by Netflix or Murphy for the show.

“They approached some people from the quote-unquote inner circle but I don’t know who they are,” said Lesley Frowick, one of Halston’s six nieces, in an interview with WWD. “They did not approach us at all so this is in fact an unauthorized series about my uncle’s life and touching on fiction, I guess. Salacious things sell.”

Frowick stated her uncle’s work has been eclipsed by the sensational way his Studio 54 and partying persona has been presented in the show. She said Halston was “married to his metier” and used places like Studio 54 to promote his brand.

“You had to be 300 percent dedicated to your work and he was,” she said. “He always had a sketch pad. He was always thinking of the next collection, the next trend. Although he did not use the word ‘trend,’ because he thought that put things in a time frame. He wanted his designs to be timeless and they were. You can still wear a Halston gown today.”

When asked if she will take legal action against the series, Frowick said: “I don’t want to discuss that. I always say, ‘What would Halston do?’ And Halston would say, ‘Rise up.’”

How Halston Became One of America’s Most Iconic Fashion Designers

Everything to Know About Amazon’s ‘Making the Cut’ Season Two