Home » Fashion » Everyone in Hollywood Is Dressing Like a 2005 Hot Topic Employee, Which Means You Need a Pair of Doc Martens 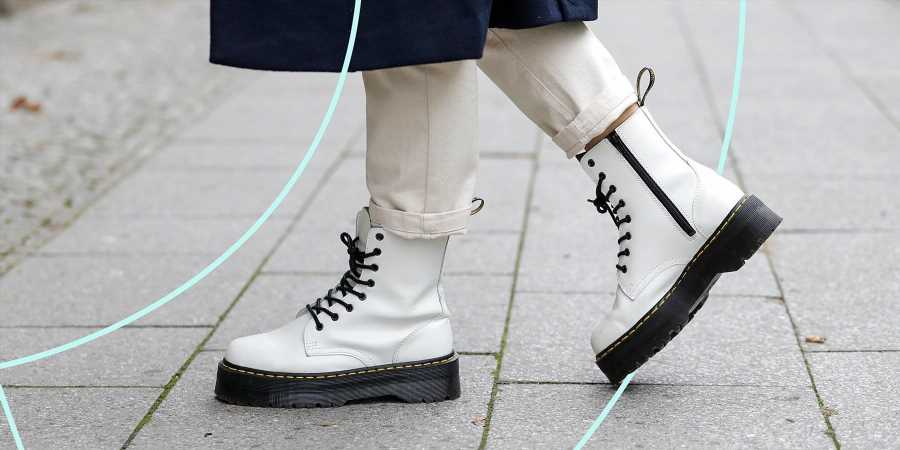 Everyone in Hollywood Is Dressing Like a 2005 Hot Topic Employee, Which Means You Need a Pair of Doc Martens

If it feels like everyone in Hollywood has been dressing like a Hot Topic employee lately, you're not wrong. The muted linen nap dresses of cottagecore hype have been swapped out for vampy lace corsets and leather minis — and that's just from one Kardashian.

So, if goth and punk-influenced style is going to be front and center, it only makes sense to pay homage to the ultimate in grunge-adjacent footwear: Doc Martens. This is especially the case now that you can snag a pair on sale at Amazon.

Doc Martens have long been a staple among celebrities and fashion editors alike, but there's something about this year that makes the seasonal return to them feel more aligned than ever. The chunky boots fit seamlessly among the safety pinned blazers, plaid skirts, and layered on jewelry we've been seeing as of late.

The best part is that it's not hyperbole to say they truly go with everything. The combat boots look just as good styled with a sleek structured suit as they do a printed maxi dress. And when paired with a mini — say, one like this DIY one worn by the aforementioned rockstar girlfriend at the forefront of the gothcore movement? It's like the style apex of every elder millennial girl who used to cut class to smoke behind the bleachers after school in high school.

That said, when you think of Doc Martens, it's most likely the 1460 combat style that comes to mind. Gigi Hadid, Kristen Bell, and Kaia Gerber are all big fans of the lug sole silhouette that easily adds a bit of edge to any look. But if you look beyond the A-lister endorsed staple, you'll find the brand's take on chelsea boots and oxfords embodies the same edge in a fresh way.

The best part? You can snag marked down Doc Martens on sale just in time for fall. Keep scrolling to add a pair to your collection to take this season's punk renaissance head-on.