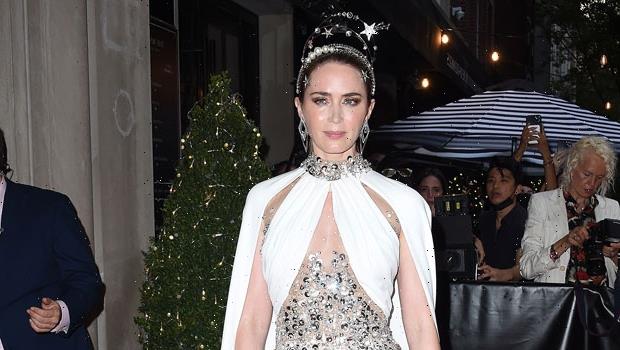 While en route to the 2021 Met Gala, Emily Blunt stunned in a jeweled Miu Miu dress and star headpiece that channels Hedy Lamarr.

Emily Blunt may be not be American, but she’s about to show up at this year’s American fashion-themed Met Gala looking like old Hollywood personified. The actress, 38, was photographed outside of her hotel en route to the Metropolitan Museum of Art in New York City on Monday, Sept. 13 in a jeweled Miu Miu dress with subtle fringe. It also features an extravagant, billowing cape and dazzling headpiece with stars inspired by famed actress Hedy Lamarr, per her stylist. 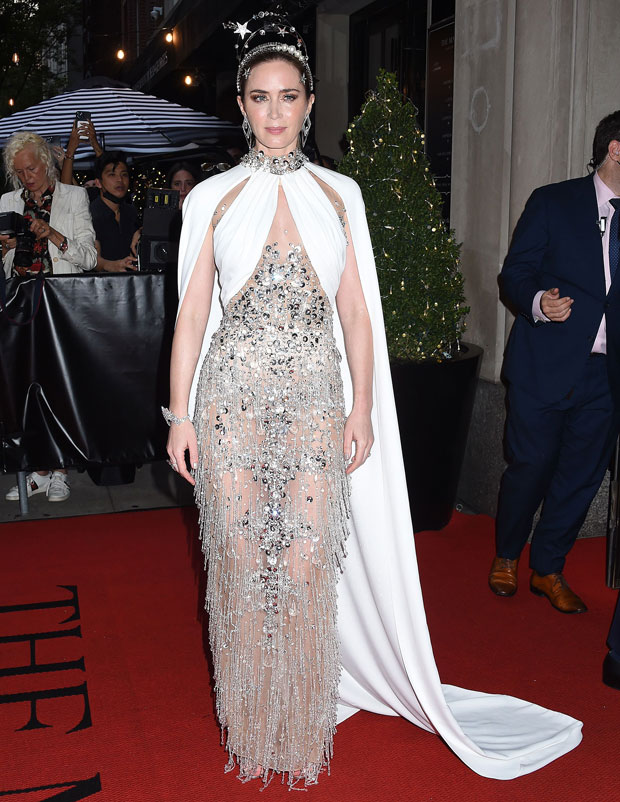 The British actress last attended the 2019 Met Gala, which had a theme of “Camp: Notes on Fashion.” She wore an opulent Michael Kors gold dress complete with gold crystals and flora patterns, complete with a gold headpiece and handbag. Per Vogue, it took 15,000 hours to hand embroider the 510,000 sequins and 1,344 crystals.

“That level of opulence and shine is what you want for the Met red carpet,” Michael told the magazine at the time. As for this year’s festivities, the homage to American fashion will be broken into two exhibits. Part one, titled “In America: A Lexicon of Fashion,” will be on view on September 18 and “establish a modern vocabulary of fashion in the United States,” per the press release, and showcase works by a diverse group of designers. It will explore “belonging, comfort, delight, exuberance, fear, sentimentality, and well-being.” 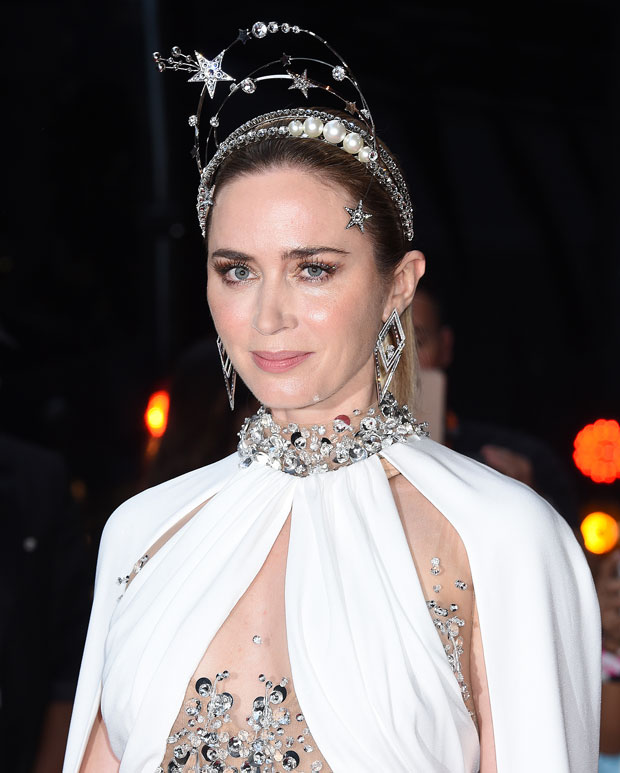 Part two, titled “In America: An Anthology of Fashion,” will be on view in May 5, 2022 and feature “women’s and men’s historical and contemporary dress dating from the 18th century to the present,” including sportswear, “in vignettes installed in select period rooms.” It will “explore the role of dress in shaping American identity and address the complex and layered histories of the rooms.”