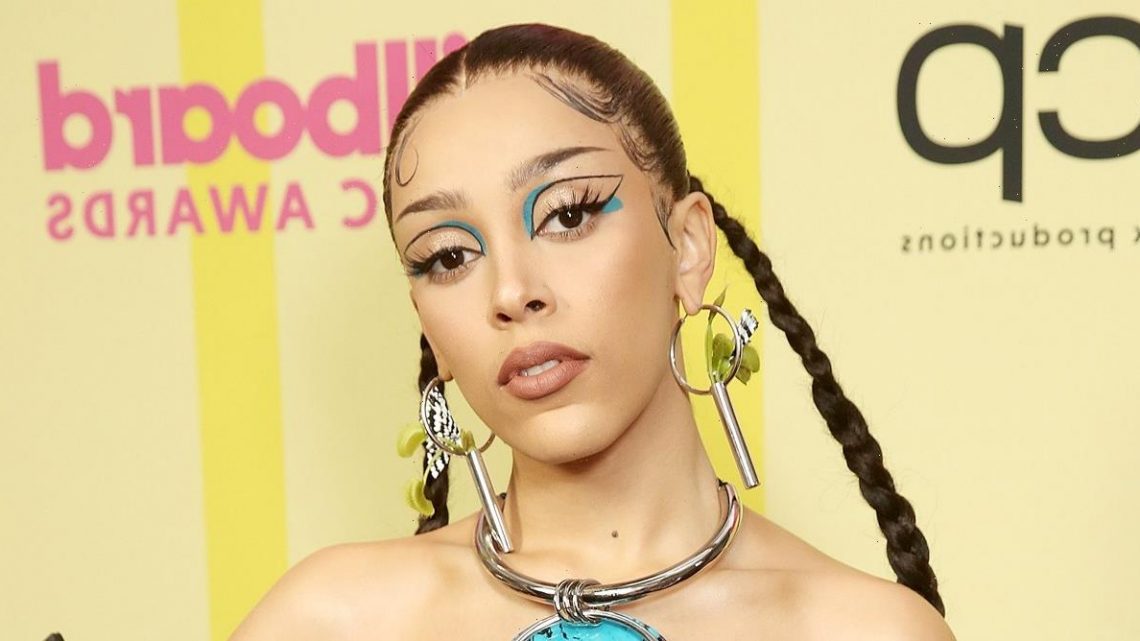 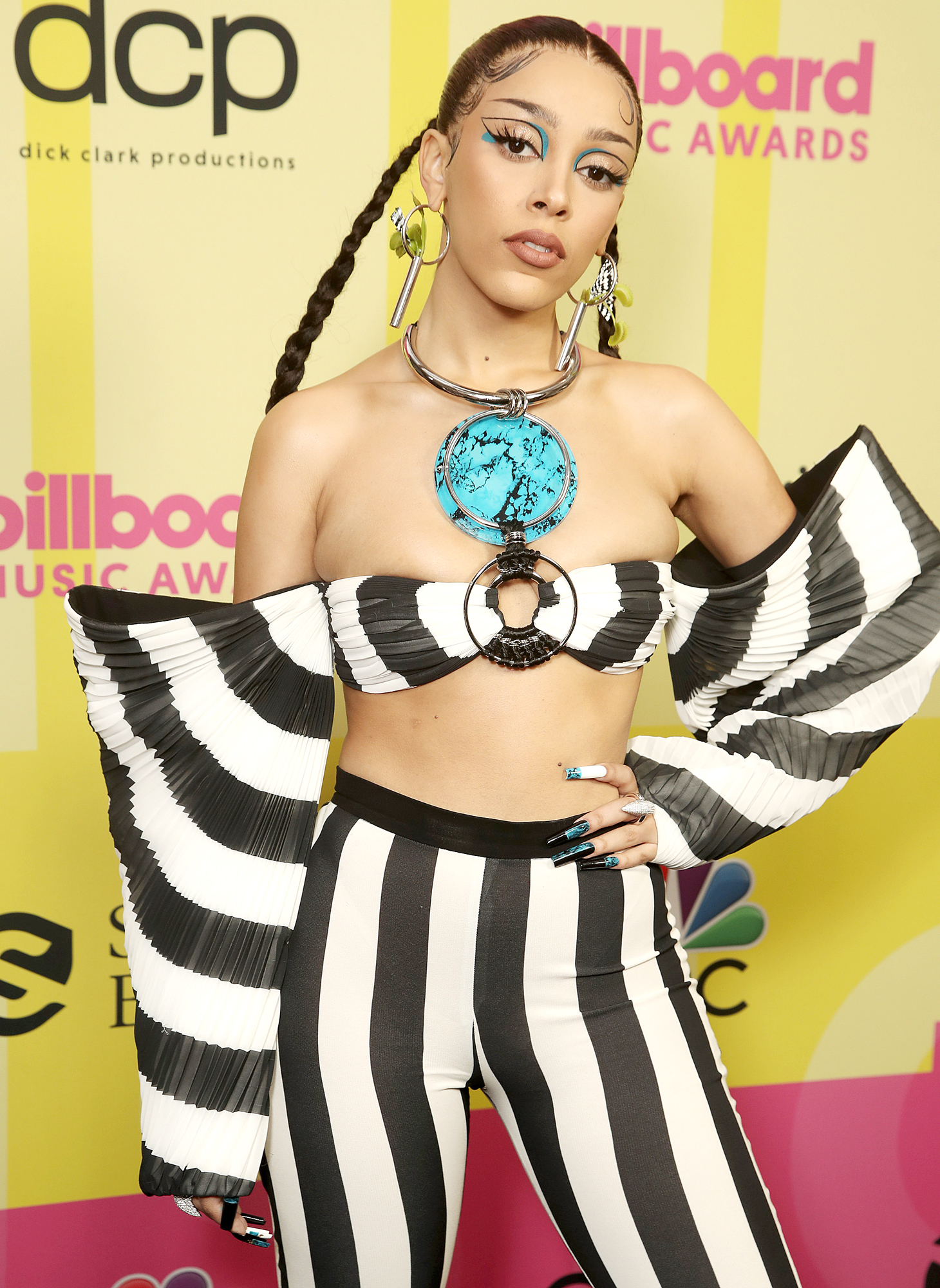 Out of this world! Doja Cat pretty much shut down the 2021 Billboard Music Awards red carpet the second she showed up with some funky — yet most definitely fabulous — glam.

See What the Stars Wore to the Billboard Music Awards

From her uber-graphic eye makeup to levitating braid, the 25-year-old singer brought the best of beauty to the awards show.

“I wanted to incorporate braided elements in our hairstyle tonight while also pulling the hair out of her face so that the outfit really shined for the evening,” Henderson said in press release.

To achieve the look, he relied on his “go-to” Joico hairsprays and oils “to keep the hair in place all night while also producing maximum shine and gloss.”

Celebrities Who Have Revealed Baby Bumps at Awards Shows

After blow drying the “Best Friend” singer’s wig, Henderson parted the hair into two equal sections and spritzed it with the Joico JoiMist Firm Finishing Spray. 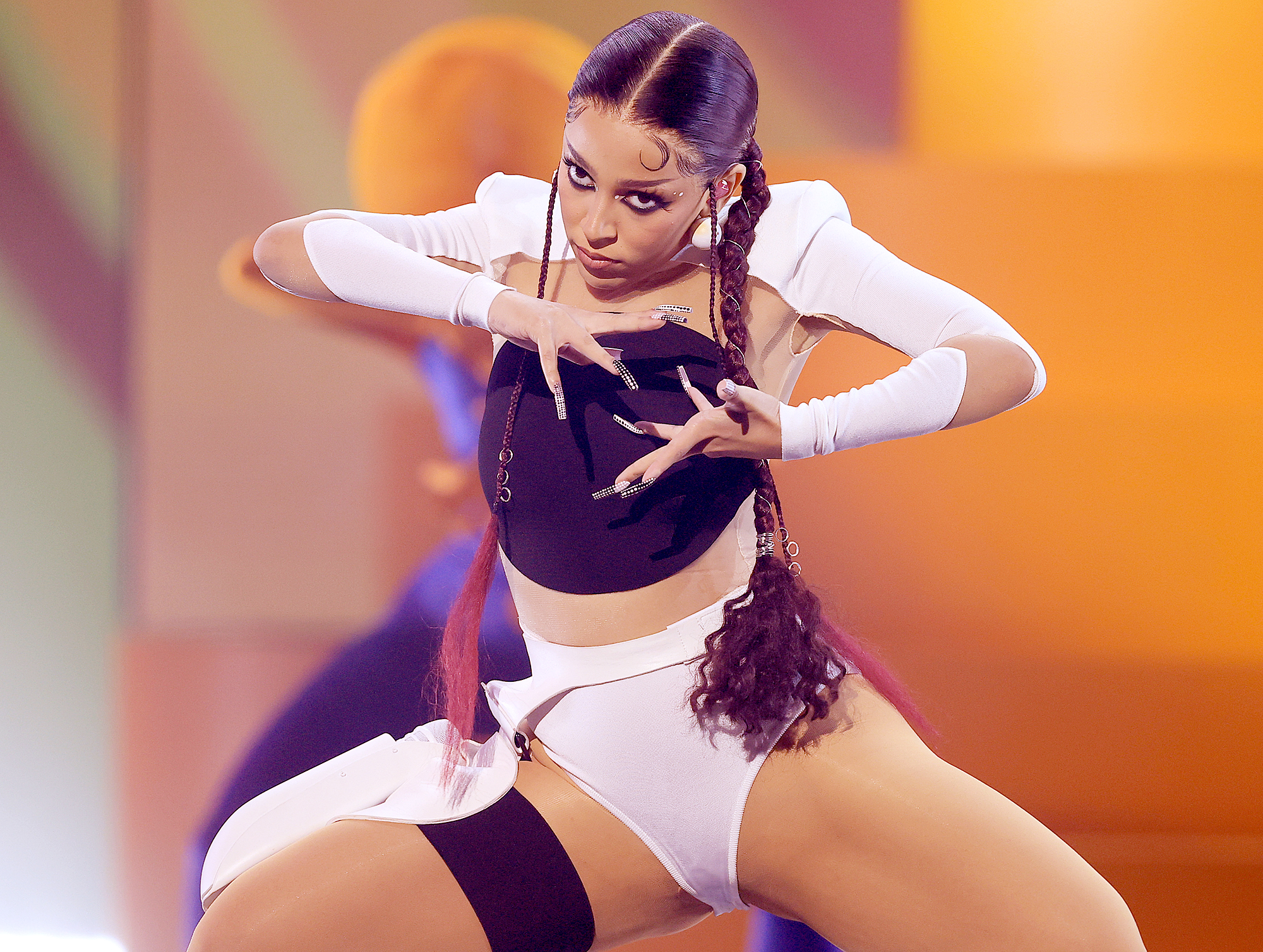 Once each half had been secured with a hair band, he used a dime-size amount of Joico K-PAK Color Therapy Luster Lock Glossing Oil “to add shine and moisture.”

Fast forward through a heck of a lot of braiding, and Henderson wrapped each piece around silver hair wire. The final step? “Seal the style with Joico Power Spray to hold the look in place.”

Doja Cat’s makeup was just as wildly cool as her hair! She rocked negative space neon blue eyeliner that sealed the deal on the whole futuristic vibe.

To get the look, Casillas used the Suva Beauty Hydra Liners, a makeup artist favorite for graphic designs. He outlined her cut crease using a standard black shade, but added a blob of blue on the “Streets” singer’s outer and inner corner.

Understandably in love with her glam for the evening, Doja Cat took to Instagram to share a close-up picture of her hair, makeup and D’heygere earrings, which were embellished with cacti. Yes, that’s right — cacti.

Her post instantly blew up, with fans freaking out over both her Beetlejuice-esque black and white ensemble and unique beauty look.

“AGHHH bestie your makeup is giving life,” one follower wrote, while another added: “Doja Cat can pull of any look, it’s crazy.”

My weepy eczema is so bad I won’t have sex with the lights on, when I get bandaged up I look like a burns victim