Home » Fashion » Could banning the resale of fast fashion create more problems than it solves? 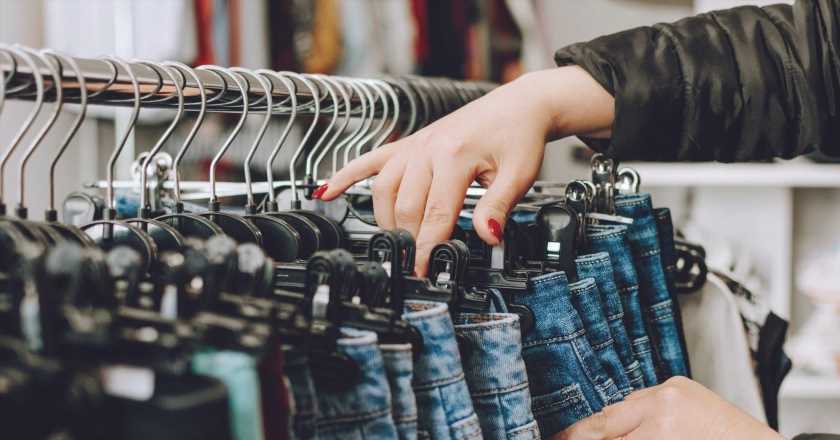 Could banning the resale of fast fashion create more problems than it solves?

The luxury online marketplace has become the first and only global resale platform to ban fast fashion. But is it the right move?

We’ve all read the statistics, winced at the horrifying landfill pictures and watched the Panorama exposés of our crippling fast fashion problem. Making up a market worth over £8.4 billion, over two tonnes of clothing are bought each minute in the UK, more than any other country in Europe.

However, it doesn’t stop us occasionally (if perhaps guiltily) scrolling Asos for its best Black Friday deals or panic-buying a glittering Zara midi when we realise we have nothing to wear for party season. But as we balance our ethical intentions with affordability, accessibility and, let’s be honest, convenience, the fashion world is taking slow but steady strides towards more sustainable consumption.

This year, Cop27 delegates finally discussed fashion’s impact on the climate, and concluded that “there is a systemic problem in our economy that is not incentivising circularity and recycling to happen”.

Back in September, Patagonia’s billionaire owner made headlines when he gave away the company’s profits to fight climate crisis. Over the summer, ITV dating series Love Island dumped its previous fast fashion partners in favour of a pre-loved partnership with eBay.

The latest in the pack is Vestiaire Collective, the luxury secondhand designer marketplace that has become the first to ban the resale of fast fashion on its global platform as part of its mission to “fight fashion waste”.

Best known for being the place to score pre-loved Gucci, Prada and Burberry for a fraction of the RRP, Vestiaire was already contributing significantly to the circular (luxury) fashion industry. But as its sustainability and impact project manager Gabriel Berthier explained in a video announcing the move, Vestiaire is now officially committing to “fighting fast fashion from production to end of life”.

“It’s part of Vestiaire Collective’s DNA to extend the lifespan of garments, and that’s just not possible with fast fashion,” said Berthier.

The company says it was inspired to make the move following a trip in October of this year to Kantamanto in Ghana, where 15 million items of unwanted fashion arrive every week. Therefore, from Black Friday, the likes of Asos, Atmosphere, Boohoo, Cider, Coast, Dorothy Perkins, Fashion Nova, Karen Millen, Miss Selfridge, Missguided, Na-kd, Nasty Gal and Oasis will no longer be listed on the site.

And while the online response has been largely positive, there are two glaring problems that climate activists are keen to point out.

First, because Vestiaire Collective sits firmly on the premium-luxury end of the fashion market, the decision to ban the likes of Shein, Topshop and Pretty Little Thing from being sold is only expected to impact around 5% of its listings.

Second, as others have pointed out, banning fast fashion entirely could lead to further waste, as consumers may choose to dispose of their garments prematurely rather than attempt to resell them.

“Honestly disappointed in this! Banning fast fashion sends it to LANDFILL SOONER,” wrote model and sustainable fashion advocate Scott Staniland on Instagram. “It also puts the money back into the pockets of fast fashion brands because they’ll just open their own resale platforms. Feels elitist to me.”

However, Vestiaire has also committed to finding practical solutions for the fast fashion items customers already own, including recycling, upcycling and constructive donation strategies.

In any case, as we continue to wrestle the fast fashion machine, many will see any sense of progress as a positive.