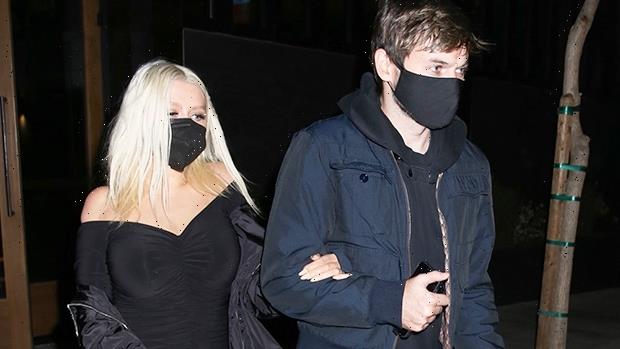 While out on a rare date night with her fiance, Matthew Rutler, Christina Aguilera looked amazing in a sexy, all-black ensemble.

Christina Aguilera, 40, came to slay in her latest date night look! The singer stepped out in Malibu with her fiance, Matthew Rutler, for dinner on May 20. She wore leather pants, which were paired with a skintight, off-the-shoulder black top. Her look was complete with a black jacket, which she wore unzipped and hanging off her shoulders so that her outfit was on full display. 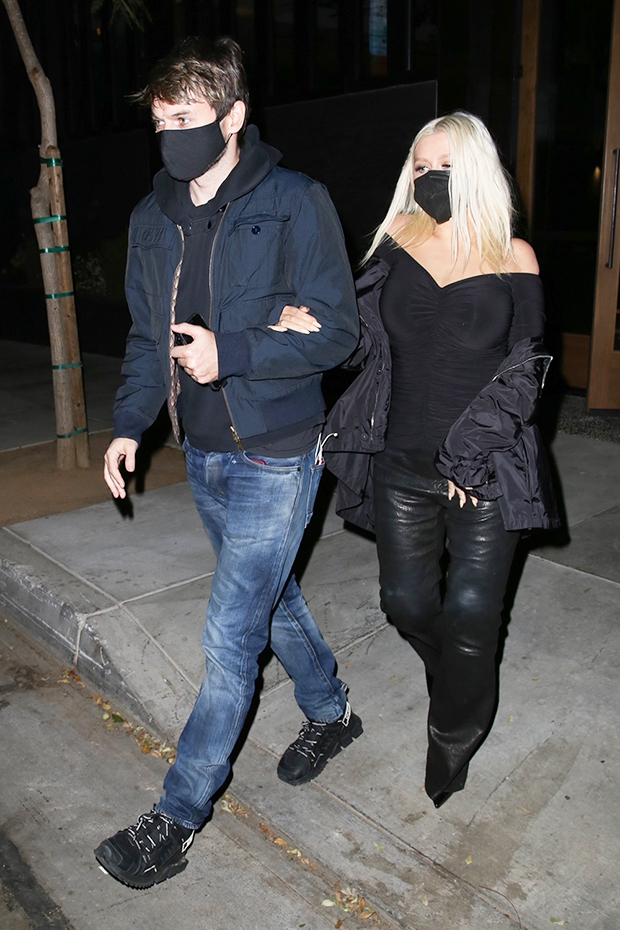 Christina held tight to her man’s arm as they left the restaurant together. They both also wore face masks, so most of Christina’s face was covered. However, her gold eyeshadow and voluminous lashes were on display, along with her blonde hair, which she wore down and parted in the middle. Matthew was dressed a bit more casually in jeans and sneakers.

While finalizing her divorce from Jordan Bratman in 2010, Christina began dating Matthew, who had worked as an assistant on the set of her movie, Burlesque. Matthew proposed in Feb. 2014, and the two welcomed a daughter, Summer, that August. Christina also has a son, Max, 13, from her marriage to Jordan. 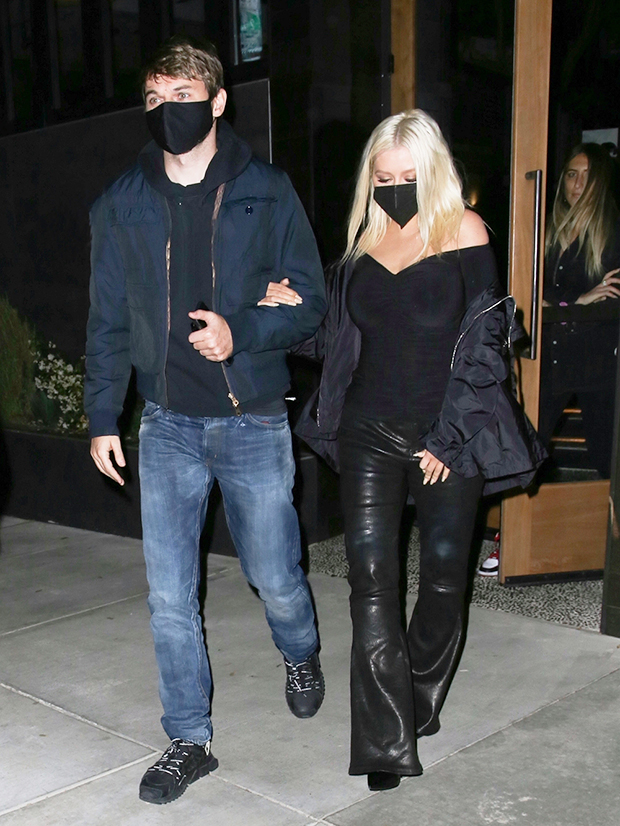 Although it’s been seven years since Christina and Matthew got engaged, they do not appear to be in any rush to tie the knot. After the engagement, Christina had her hands full with Summer, as well as her return to The Voice in 2015. At the time, she was admittedly focused more on those things than rushing to set a wedding date and plan her nuptials. In the years since, though, Christina has not spoken about the reasons behind her decision to put off tying the knot.

Regardless of their official status, though, Christina and Matthew seem to be stronger than ever. In April, the singer gushed over her man in honor of his 36th birthday. “You continuously impress me with how devoted, driven and hardworking you are, while being a devoted, loving and thoughtful parent and partner,” she wrote. “You always strive to be better and never settle for anything but. From being an amazing father to an incredible businessman and forward thinker, you innovate and execute ideas on the daily.”