ONE of Britain's first gay dads Barrie Drewitt-Barlow has revealed he is already trying for a SECOND baby with his daughter's ex boyfriend – despite their first child not yet being born.

Barrie and Tony Drewitt-Barlow hit the headlines in 1999 as the first gay men in the UK to father twins born through surrogacy. 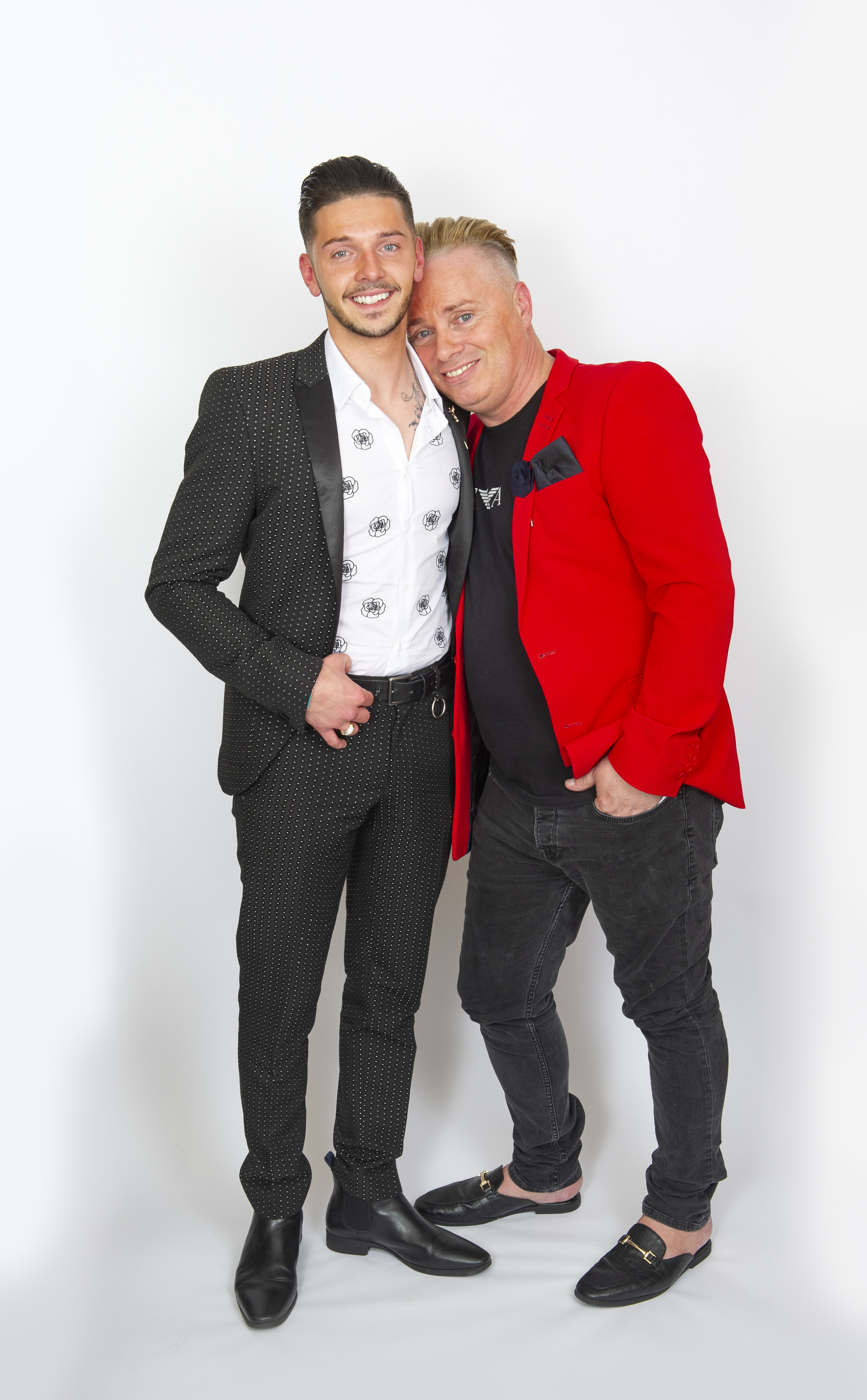 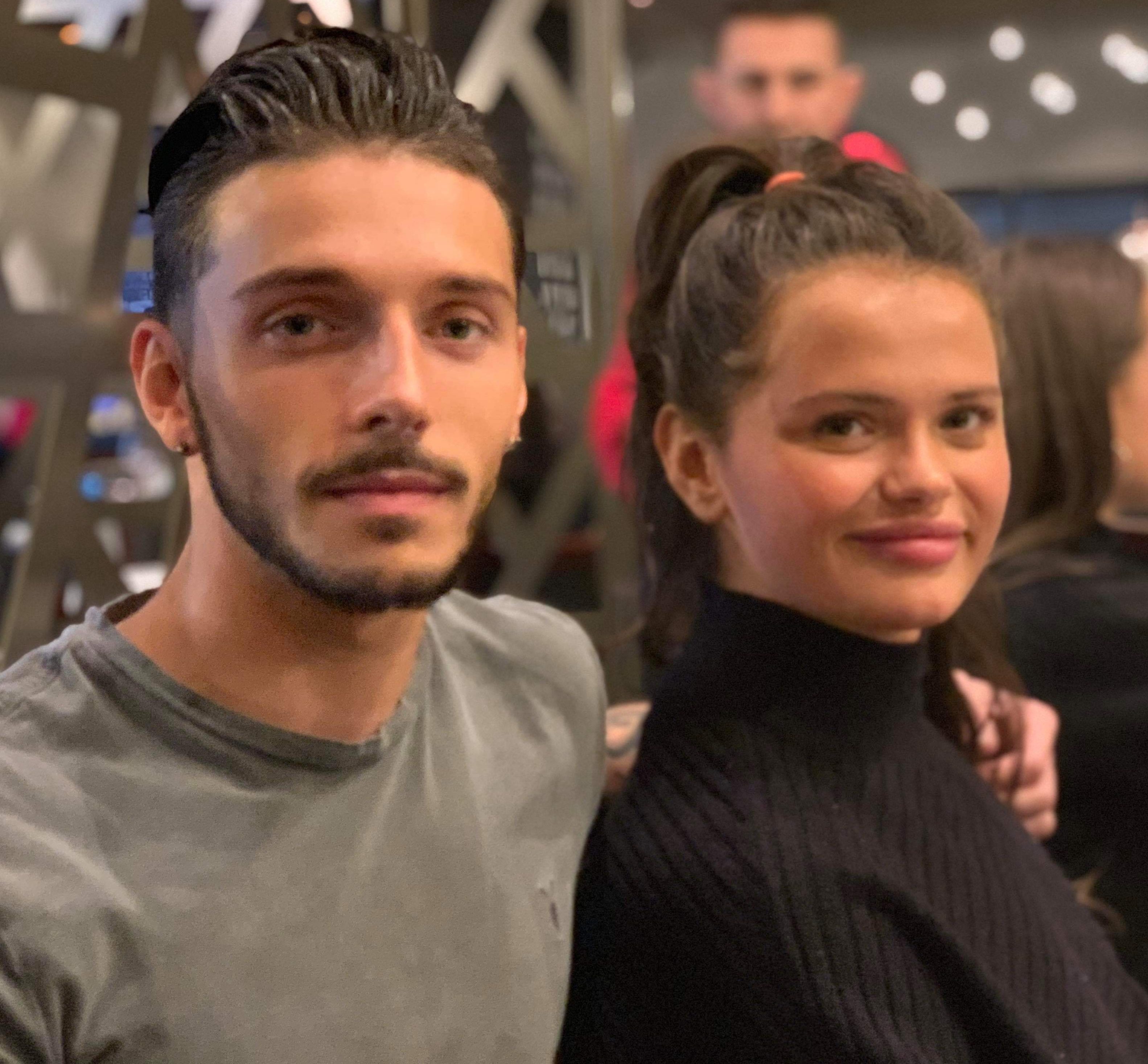 Now, more than 20 years later, Barrie has split from Tony and hooked up with their adult daughter Saffron's ex-boyfriend Scott Hutchinson.

Barrie and Scott told in March how they were having triplets together, while living in the same house with Tony.

Then he revealed there is just one baby – a little girl who is due on October 28.

But now, shockingly, he has revealed there is a second surrogate – who he hopes will carry another child for him and Scott. 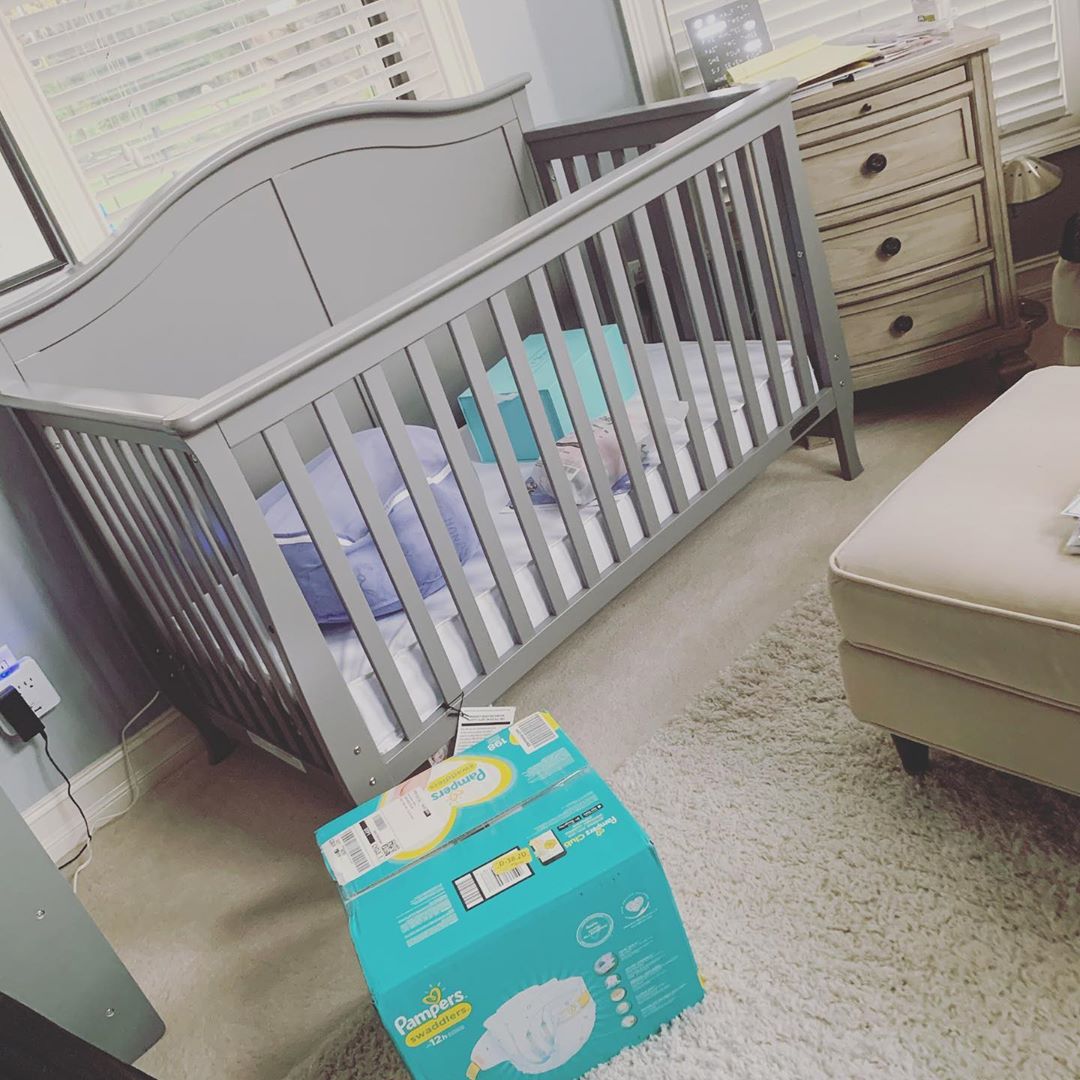 Barrie, who told Fabulous he had fathered 17 children as an 'international sperm donor', revealed:"The nursery is filling up, as surrogate number one is soon to have our first baby together, whilst surrogate number two is just getting ready to transfer.

"We didn’t want to leave a massive gap between are [our] babies so this way, they get to grow up together."

He tagged himself as being in Beverley Hills, California, although his permanent base is Florida. 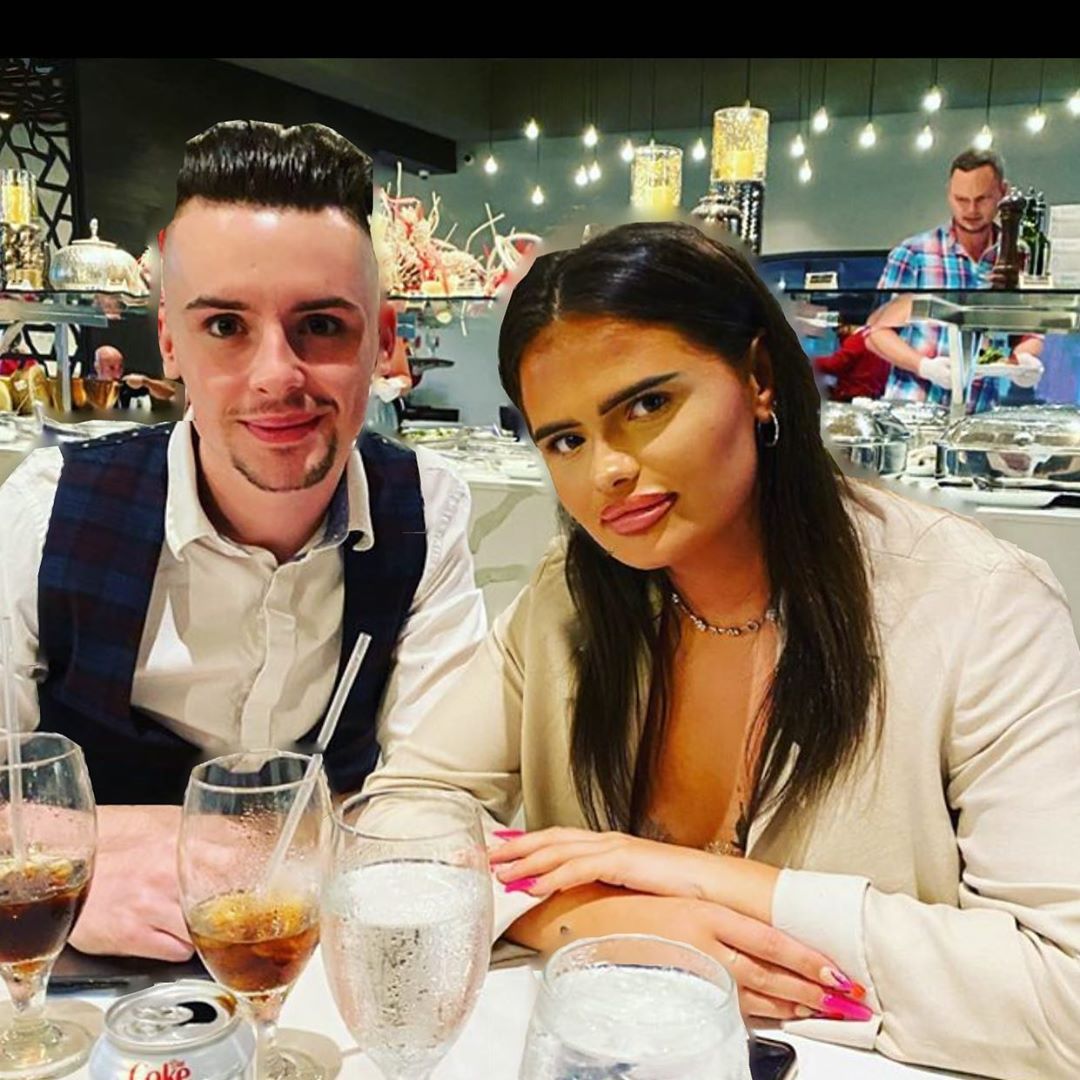 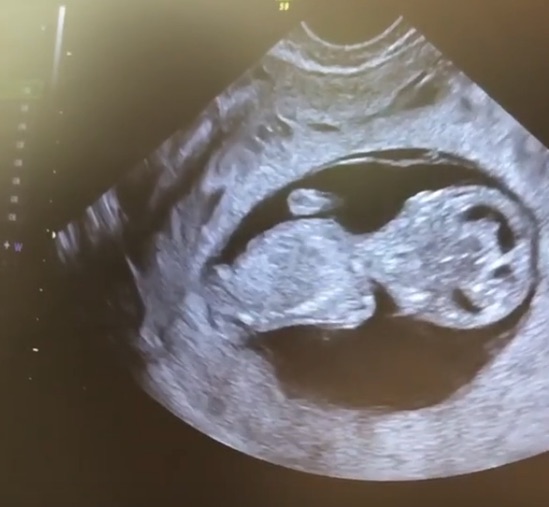 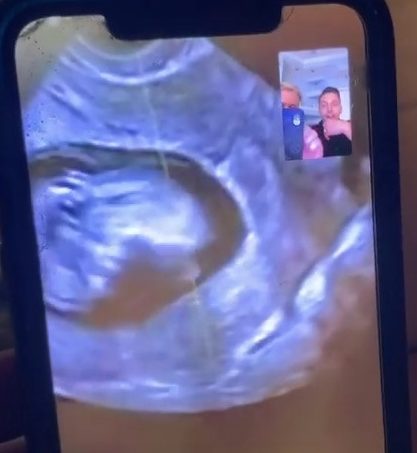 A few weeks ago he shared a scan of baby number one, writing: "Wow my favorite [sic] little person in the world right now x can’t wait to tell you what her name is."

And when asked by a fan if it was triplets – as previously claimed – he said: "No babes just the one."

In another video Scott builds a crib for the new arrival while lullabies play in the background.

Tony, 55, who was with Barrie for 32 years, has no plans to divorce and is living in a separate wing of their £6million home in Florida, USA.

He is said to be “delighted” at the new additions to their “very modern family”, although he hasn't commented on it on his own Instagram page.

Tony and Barrie’s first children were twins Saffron and Aspen.

Previously Barrie, 50, told The Sun: “I am overjoyed to share the news that Scott and I are pregnant with triplet girls. We are using a surrogate and she’s fallen pregnant at the first attempt." 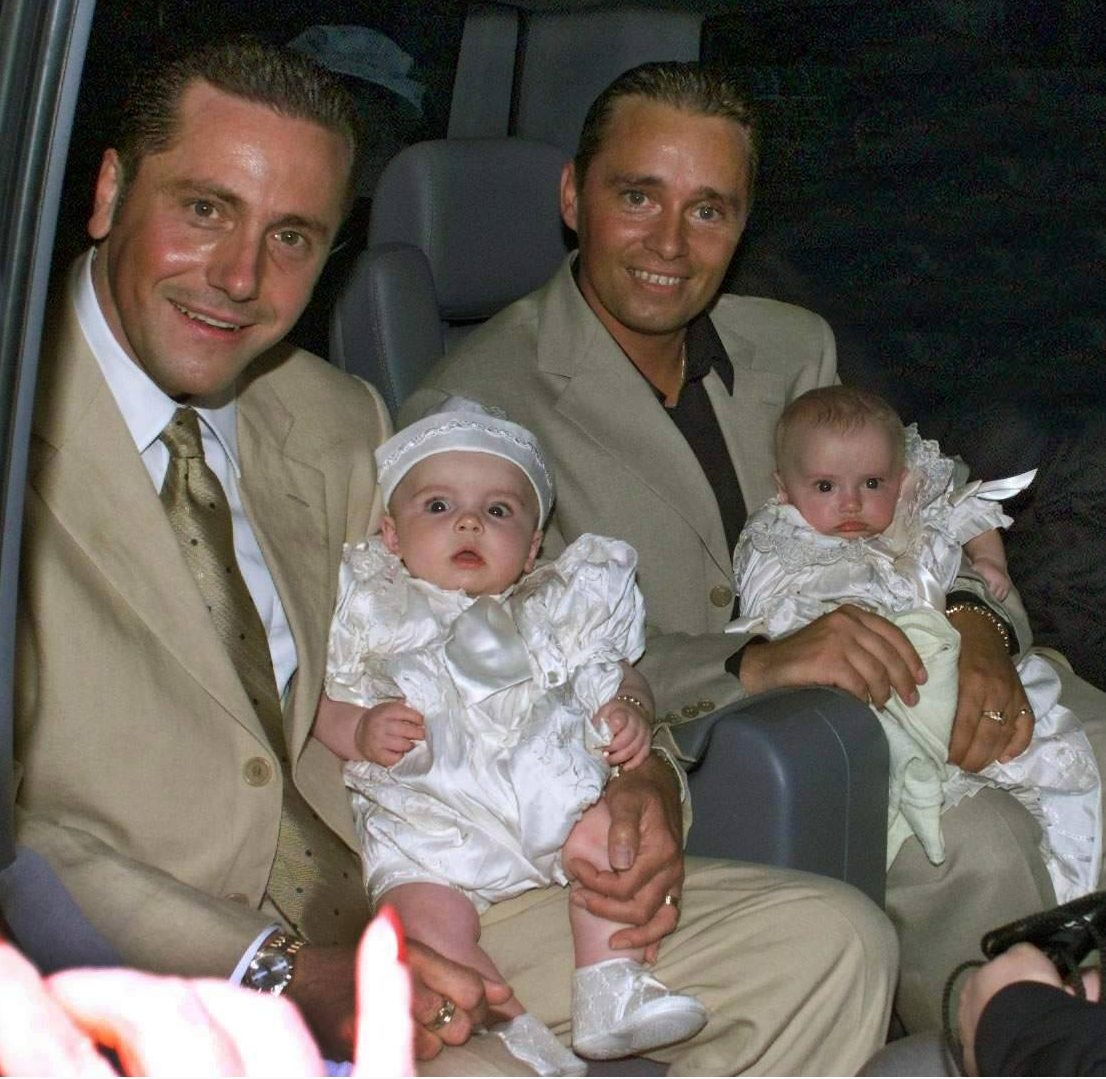 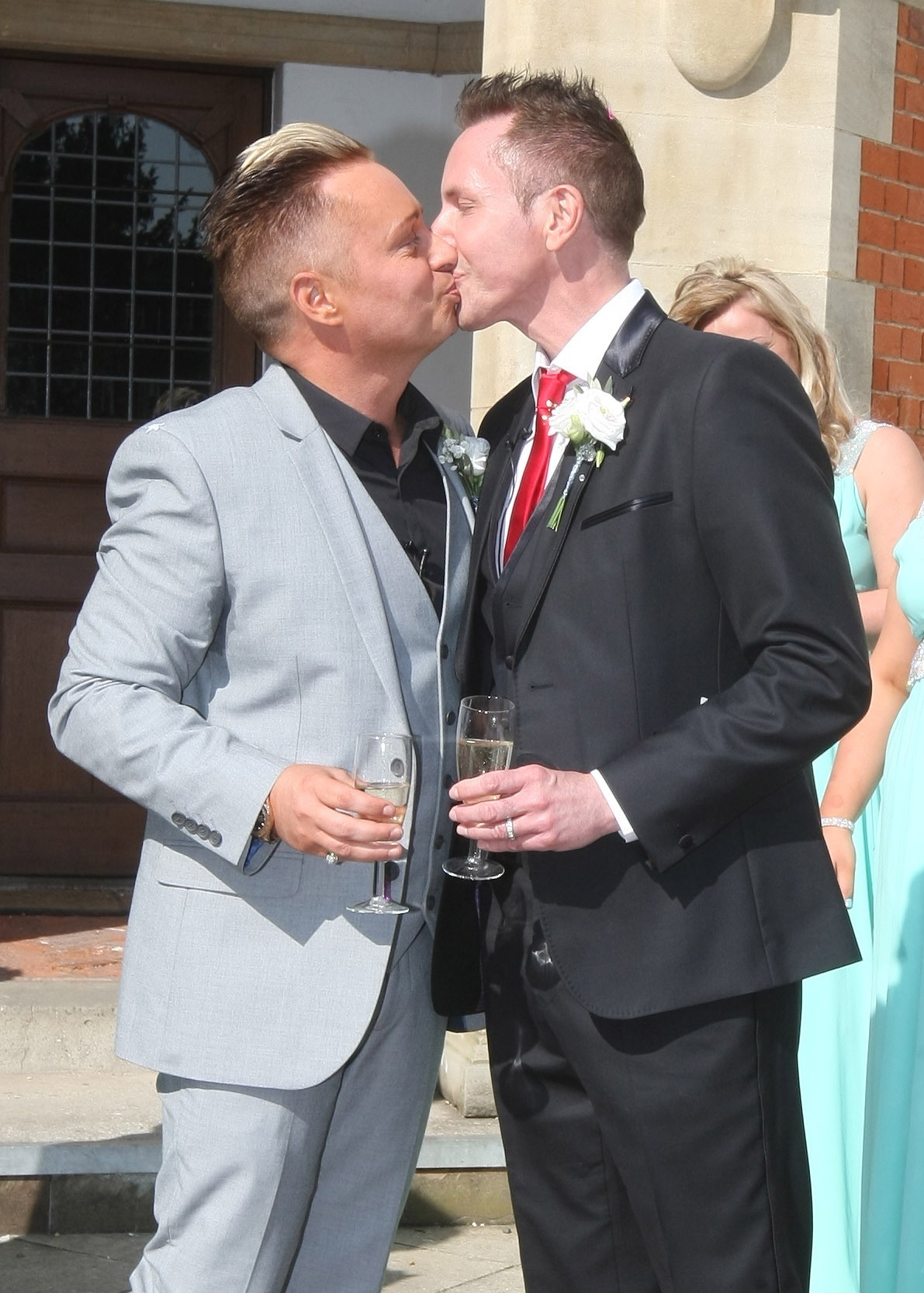 “Our family has too many boys and too much testosterone! So we used sex selection to even things out. We know we are having girls,” he added.

Now he and Scott are shopping to furnish a Burberry-themed £100,000 nursery for this daughter, described as “the ultimate princess palace”.

Barrie, from Manchester, said: “We are thrilled we are going to become daddies again.

“Tony is excited too, although it does underline that our marriage really is over after all these years, so it is very bittersweet.

“But we are all going to remain living under the same roof. Tony is Dad, I’m Daddy and while at the moment Scott is stepdad, soon he’s going to be Daddy Two.

“We are happy, we want to co-parent our kids and that’s all that matters. If people don’t get it, that’s their problem, not ours.” 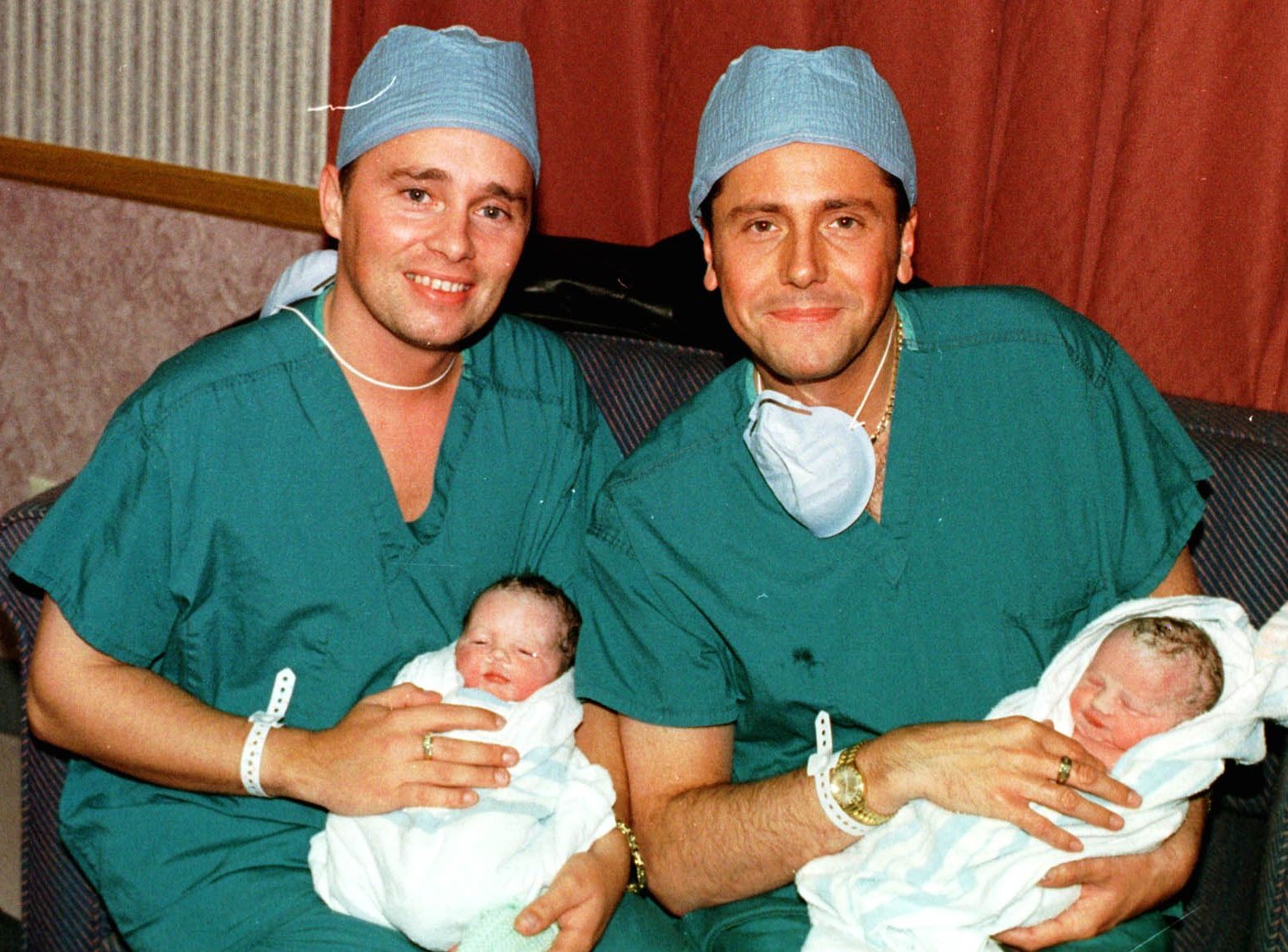 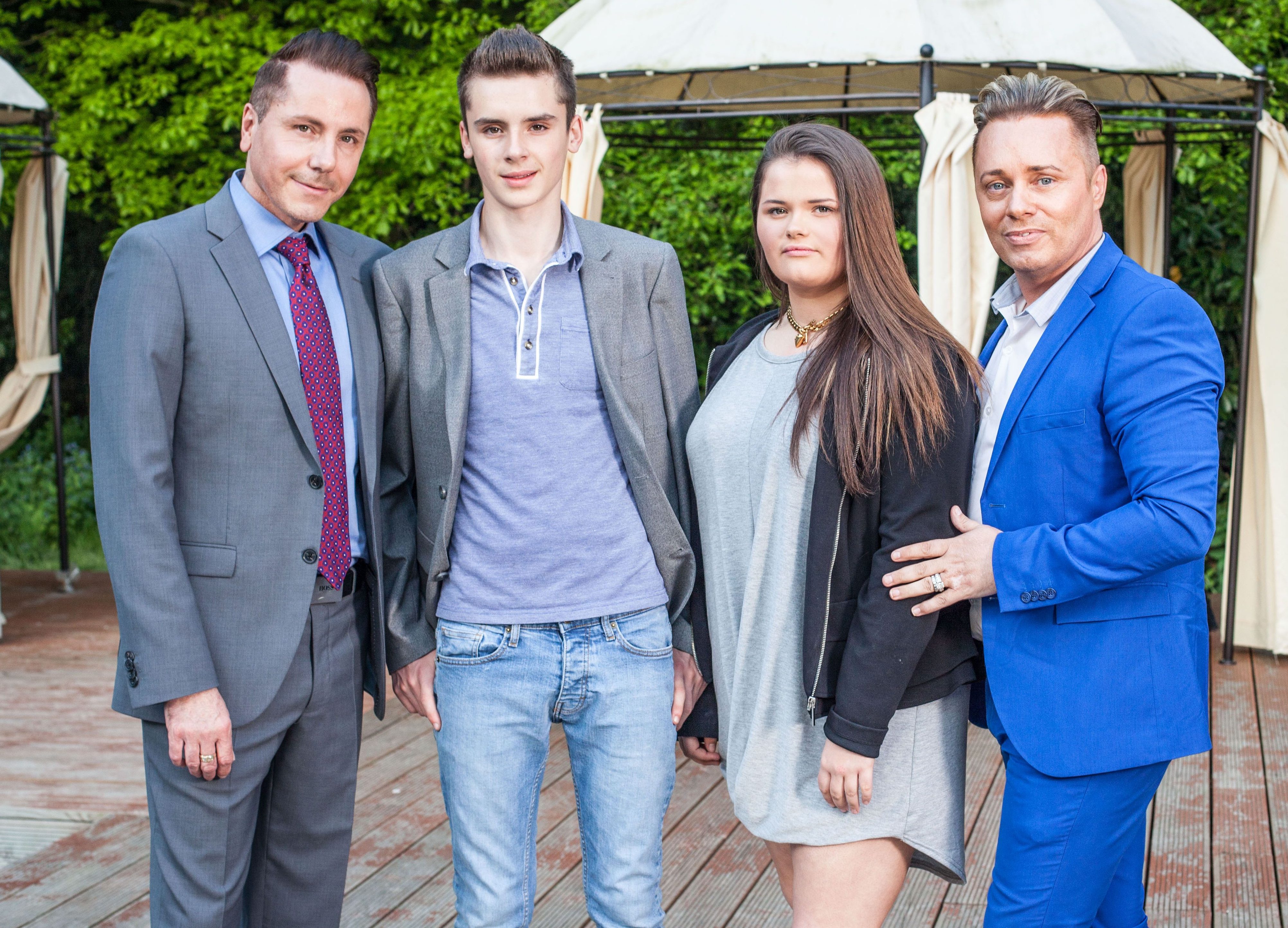 The pair, who are worth a combined £40million from various business ventures including a global research company, used their experience having Saffron and Aspen to set up their own surrogacy agency in 2000.

They then welcomed son Orlando in 2003 and twins Jasper and Dallas in 2010. Tony and Barrie don’t know who is the father of which child — and some have different egg donors — meaning potentially they are not biologically linked to the kids.

And the mind-boggling connections between the siblings will become even more confusing with Scott and Barrie’s daughter, as they have decided they don’t want to know which of them is the biological father.

Barrie said: “All of our biological connections are about to get even more complicated but we just regard ourselves as a very modern family.

“As far as we are concerned they are brothers and sisters. What does the biology matter as long as they are loved and have a stable home?

“There are far more dysfunctional households than ours, we are just unconventional, as our kids have three parents who adore them. 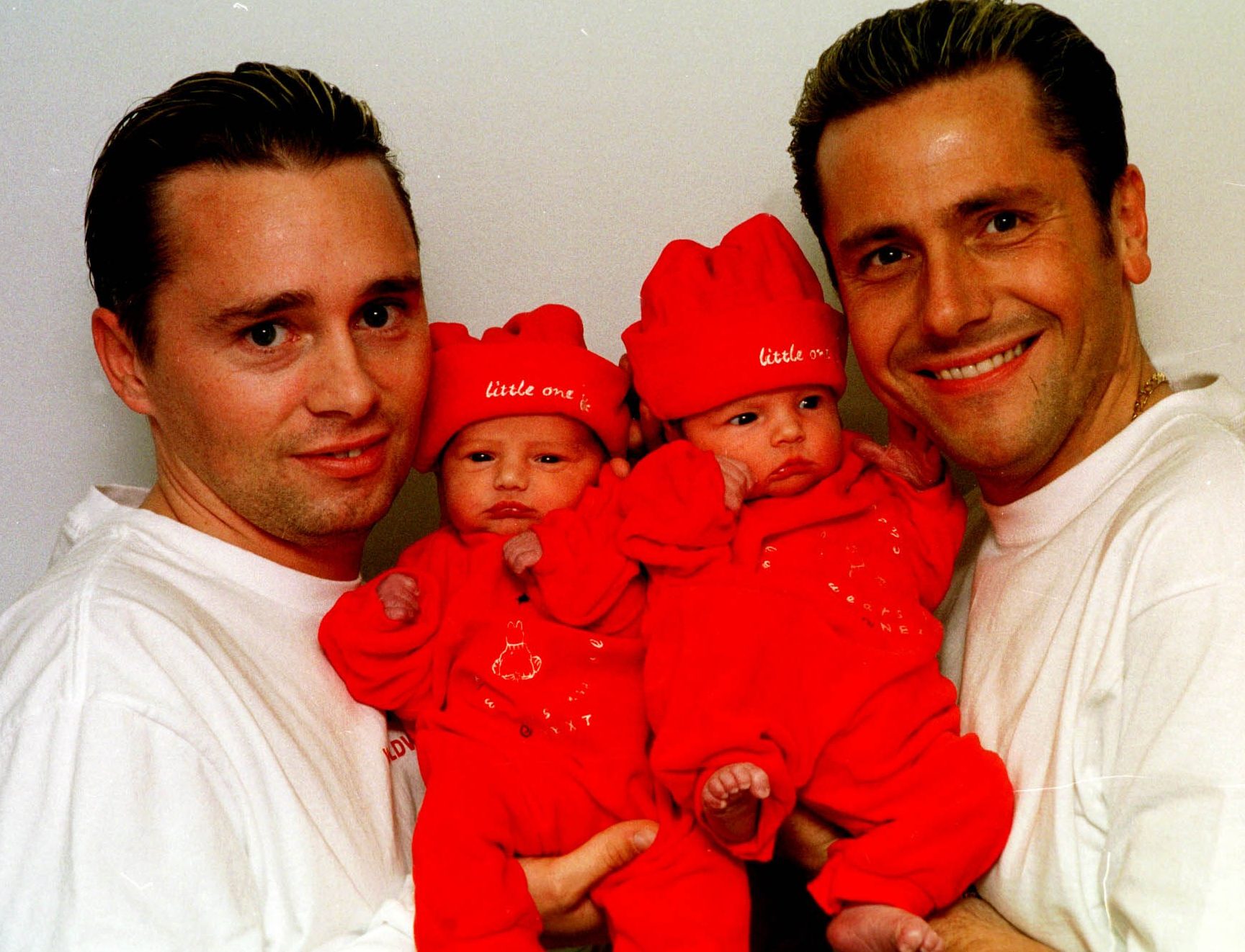 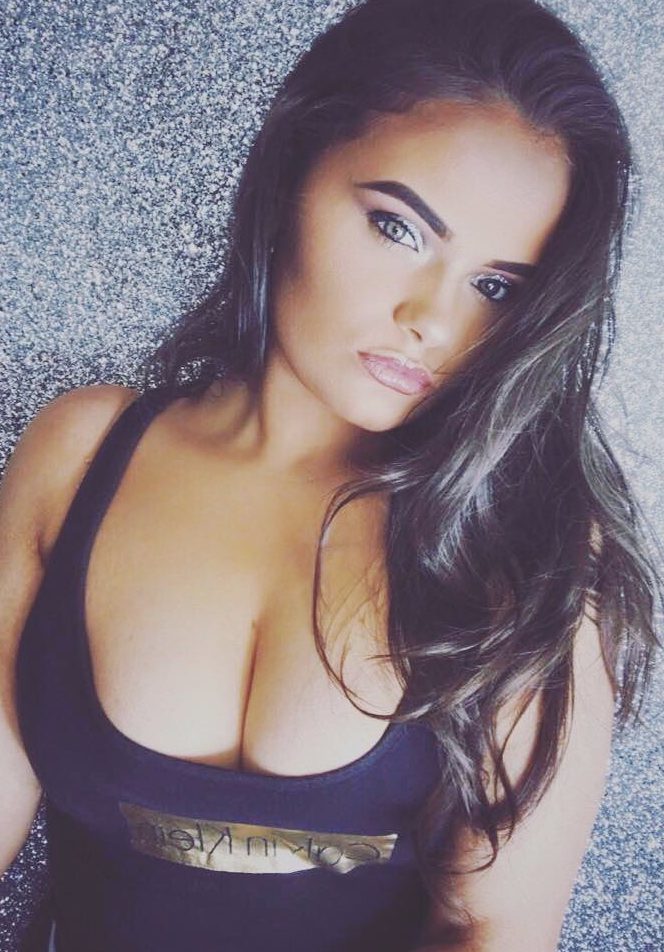 “Our surrogate, Marie, is a lady from San Francisco we have worked with previously for our agency, the British Surrogacy Centre.

“This will be her last surrogacy and she wanted to do it for Scott and I.” They chose the egg donor based on her “gorgeous” looks and high IQ.

Barrie said: “We found a beautiful, young, educated egg donor before the surrogate. “We met 15 egg donors at the Beverly Wiltshire hotel, the hotel in the film Pretty Woman.

“We decided that would make the perfect setting to find the woman who would add the part of the DNA for our baby girl." 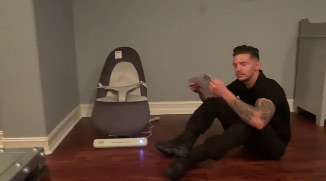 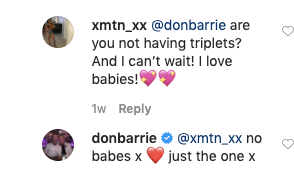 “Once we found our surrogate we transferred three blastocysts (embryos), two girls fertilised by Scott and one girl fertilised by me.”

The couple found out in February “they” were pregnant.

Even though Tony and Barrie’s daughter Saffron, a make-up entrepreneur, had dated Scott, she has given their relationship her blessing. She said last December: “As long as they’re happy, I’m not bothered.”

Tony, who had life-saving surgery last month for complications from previous cancer treatment, is very supportive too.

Barrie said: “Tony has known from the start we planned to have a baby together and encouraged us.

“But his health has deteriorated to the point that he needed surgery, which I was there for all the way."

And she is no stranger to fabulous shopping sprees… look at her here.