Home » Fashion » Bloke builds Love Island-themed paradise in his back garden from scratch with a 12ft pool, hot tub & barbecue Bloke builds Love Island-themed paradise in his back garden from scratch with a 12ft pool, hot tub & barbecue

A BLOKE brought the Mediterranean home after he built a Love Island-style paradise in his back garden.

Optician Guy Young had no previous building or DIY experience, so instead relied on YouTube tutorials to create his tropical masterpiece. 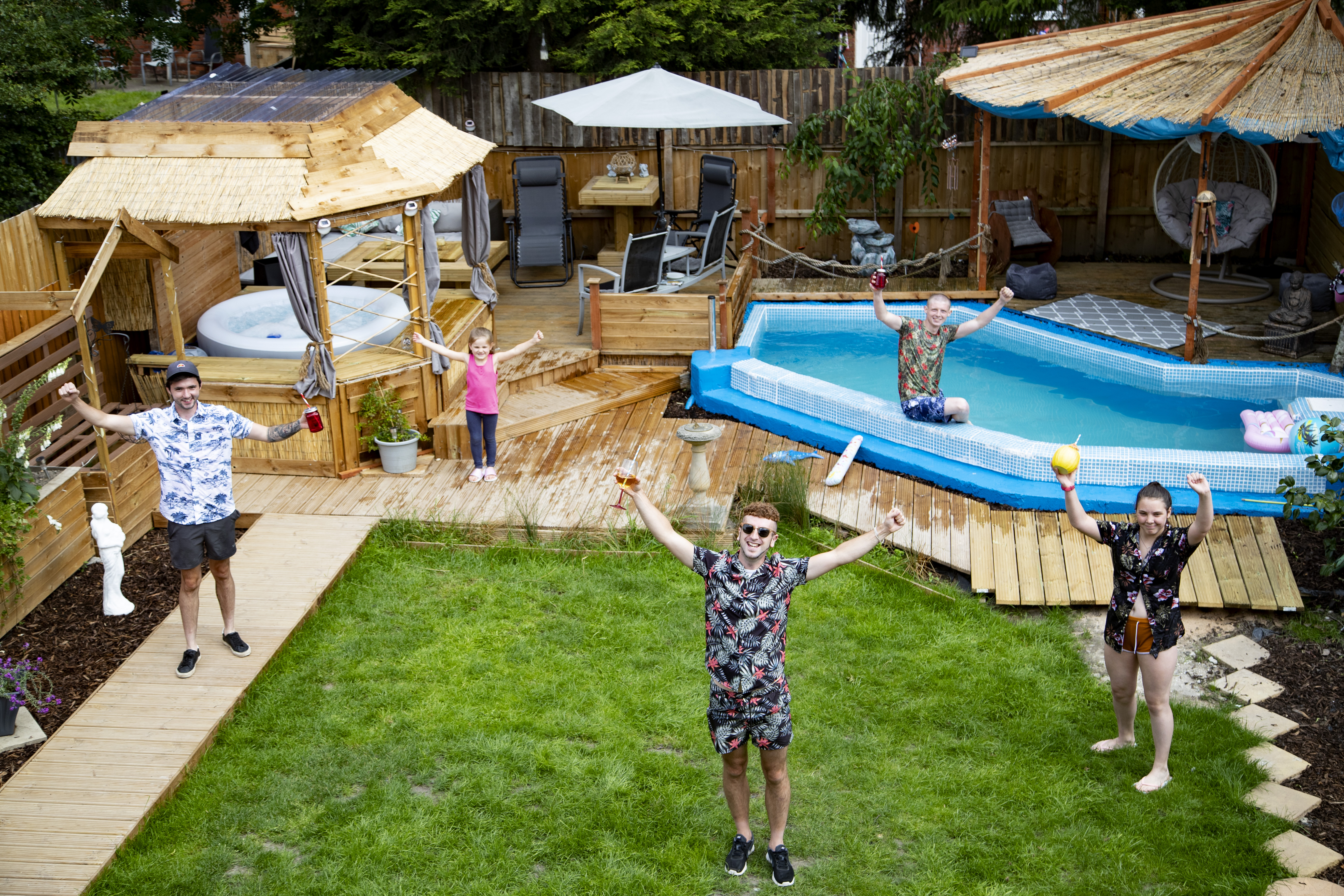 The pièce de résistance in his garden in Nuneaton is a massive 12ft pool, which cost £3,000, which Guy dug out by hand.

The 34-year-old started the project 18-months-ago, but finally had the time to complete it in lockdown.

And it couldn’t have come at a better time, as Guy’s holiday to Spain, which was scheduled for May, was cancelled.

Guy admitted that he feels as if he’s abroad when he’s relaxing in the pool with a cocktail, with his mates eager to come round for a visit 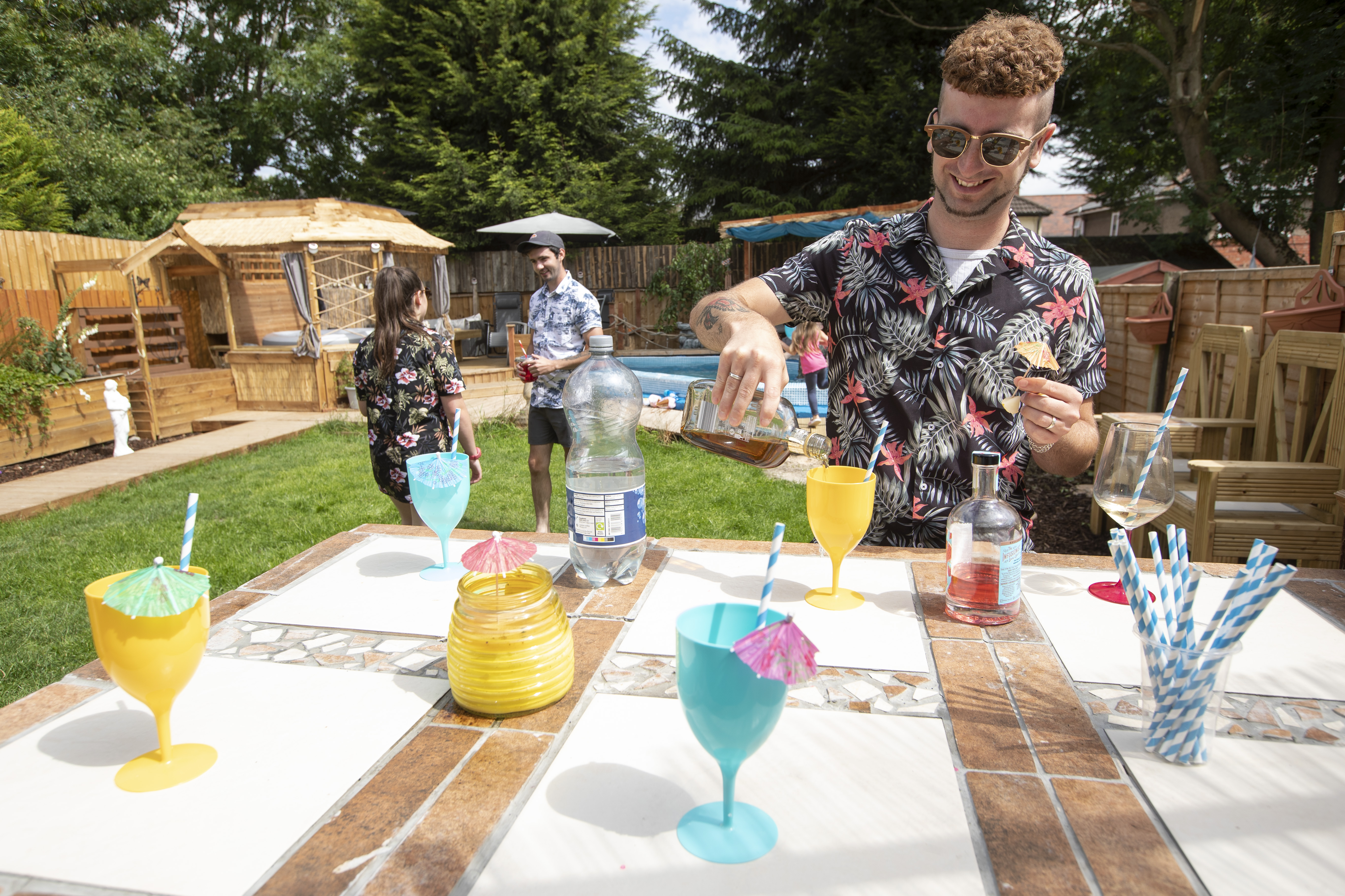 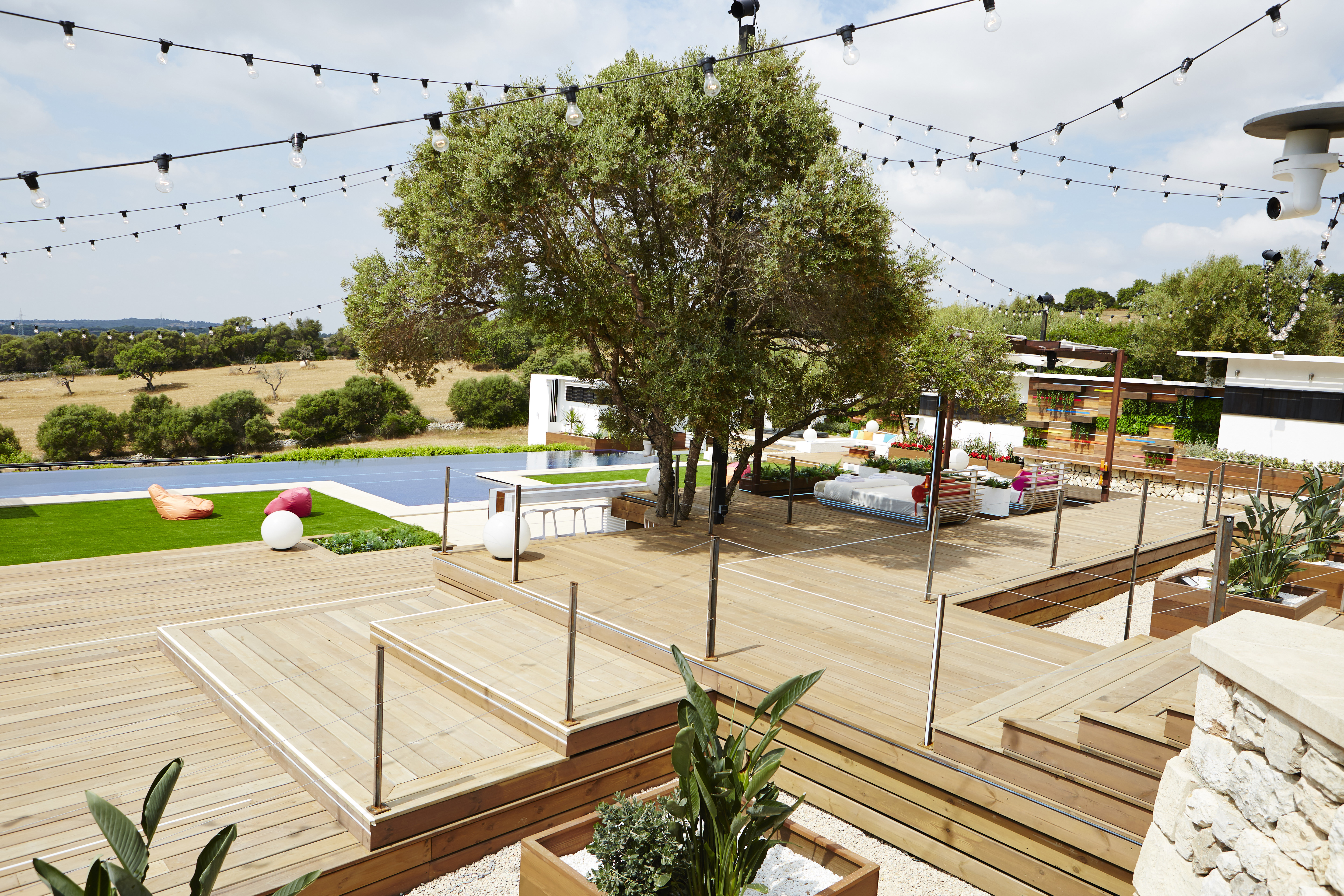 He joked: "When the sun is out it definitely feels like I'm on holiday in Spain, especially when I'm sat in the pool drinking a margarita.

"My friends now want to book up a week's holiday in my garden this summer."

As well as the pool which has an underwater seating area, the incredible backyard has a hot tub, a large decking with seating area, and roped walkway leading to a cosy nook which features a swing seat. 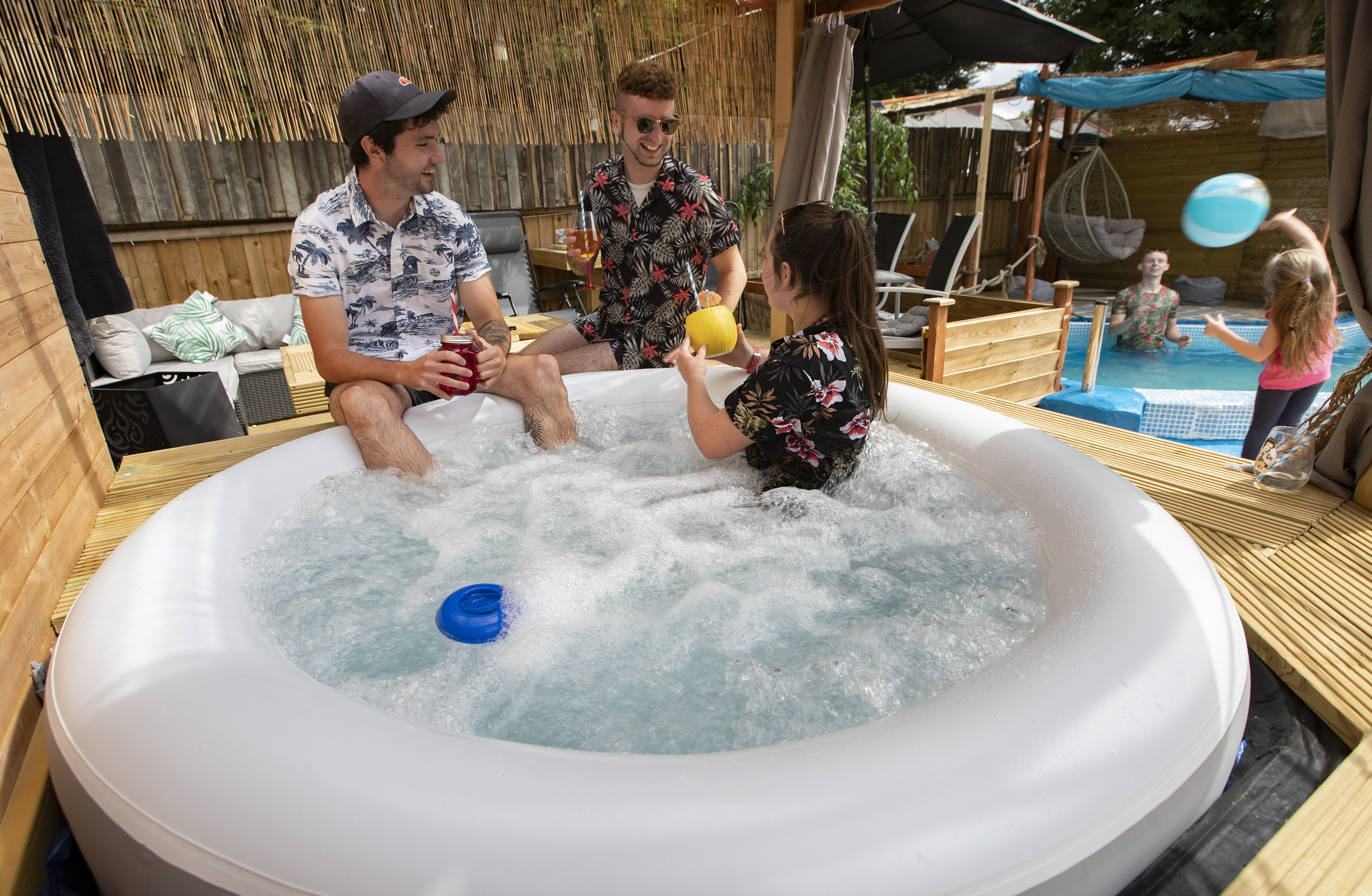 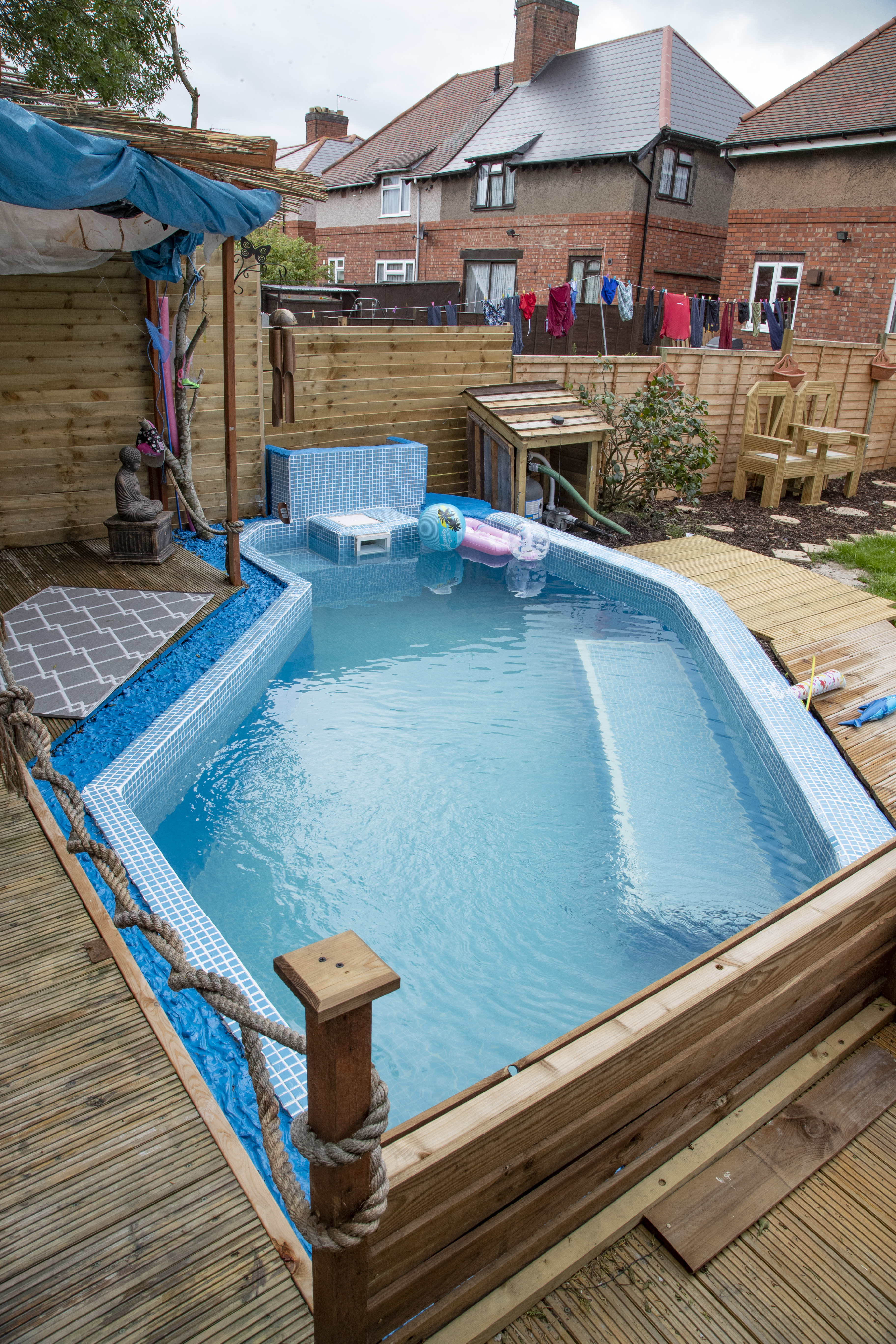 There’s even a cocktail bar and a separate built-in barbecue area with tables and chairs.

Explaining how he created the lush Love Island-inspired oasis, he said: “I have no previous building experience at all, it was all done by watching YouTube tutorials and by trial and error.

"I am really proud with what I have achieved but also very shocked I was able to do it."

He started by building a timber seating deck at the bottom of the garden, saying: "I then extended it to hot tub gazebo and a bar and barbecue area. 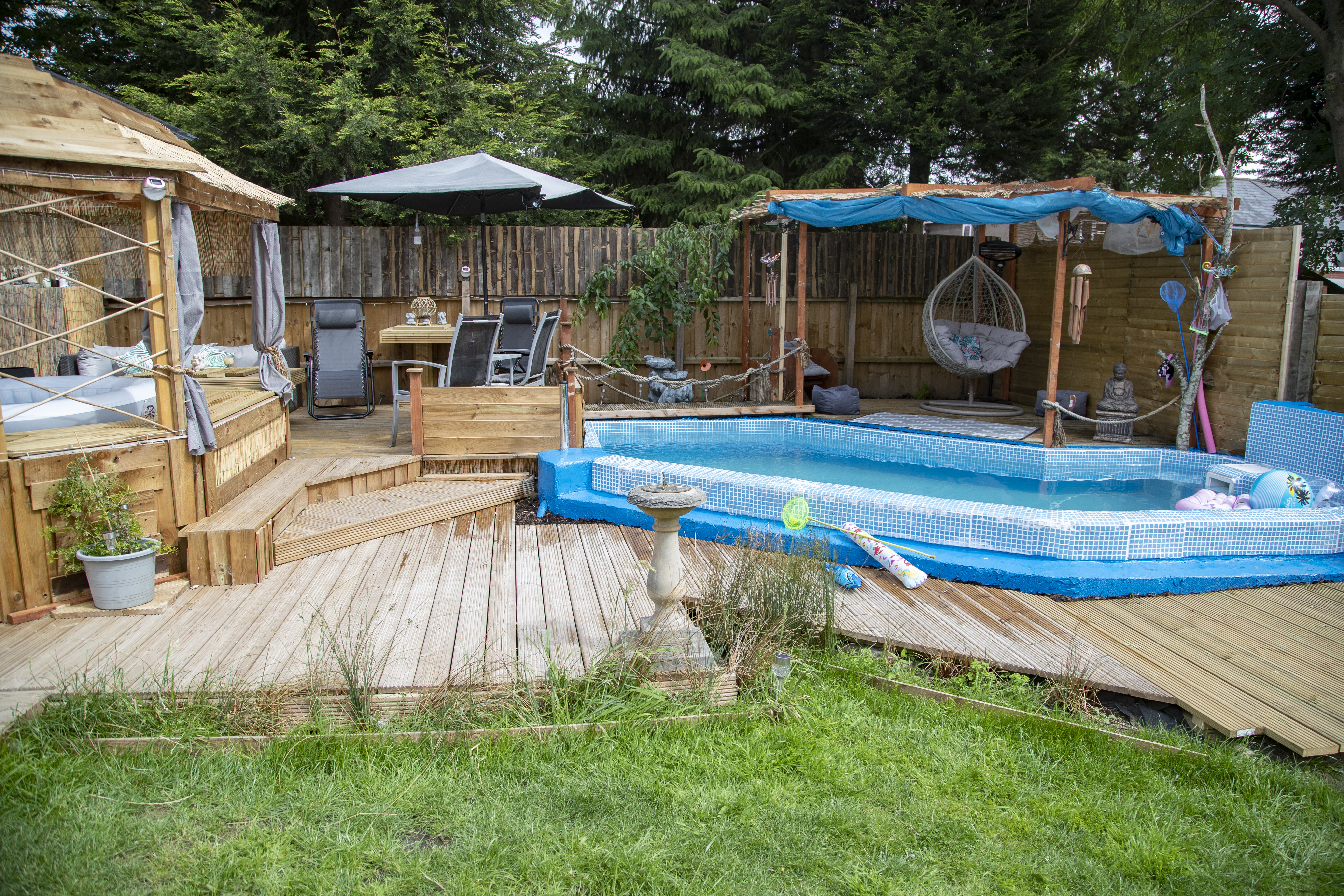 "It was a case of watching YouTube tutorials and watching people in India dig swimming pools by hand on Facebook. Every step of the way had to be researched and studied."

A project of this size should have cost around £17,000, but Guy saved money by doing everything himself, and not hiring a digger or a concrete mixer.

But he did have some help, roping in mates Luke Ridgeway and Ian Murphy as reinforcements.

Guy continued: "Me and a friend dug it with spades which we thought would straight forward until we hit some concrete foundations and had to get rid of them with a sledgehammer. 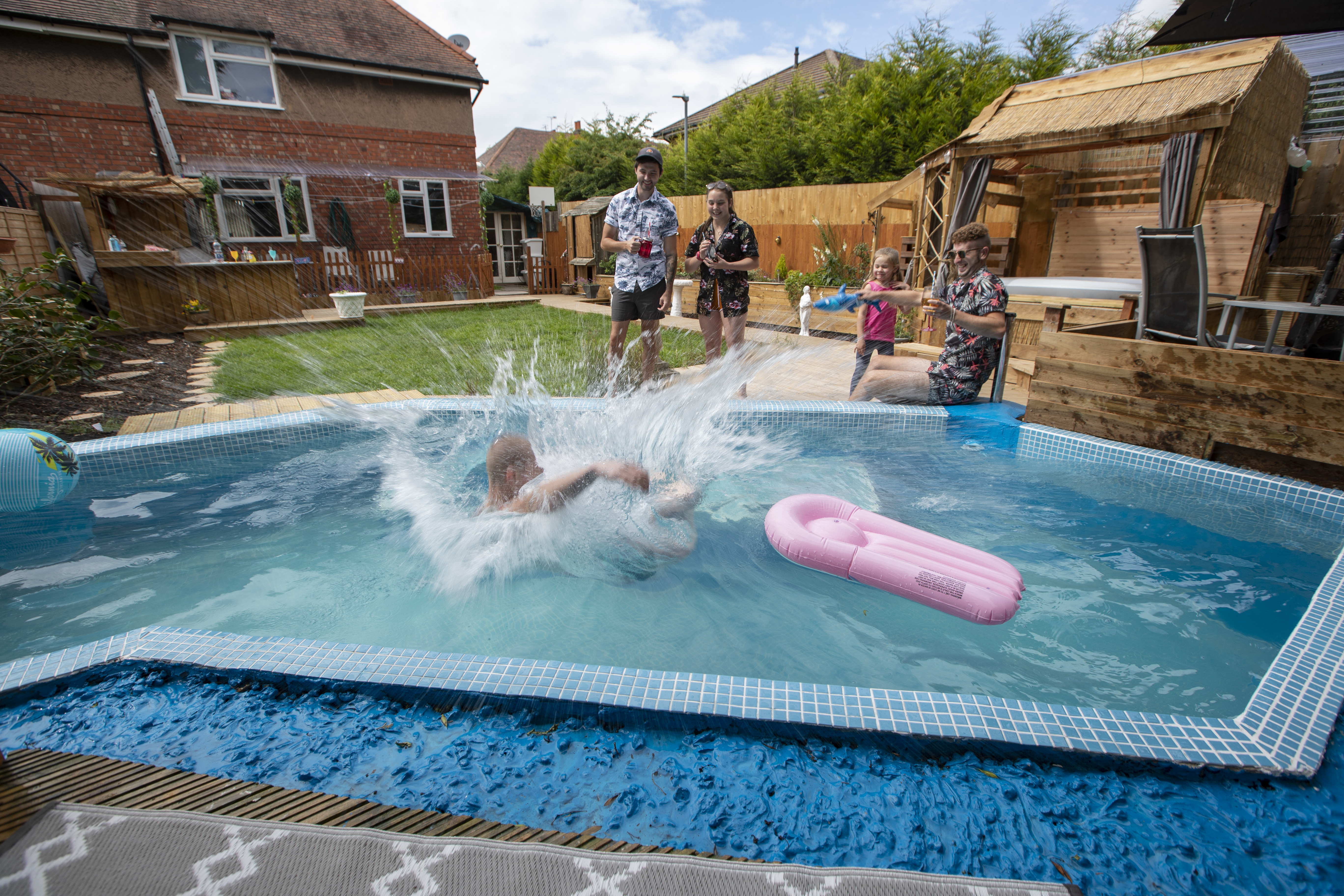 "After that we had to laying the base using reinforced concrete. We had to hand-mix one tonne of concrete.

"Then I laid the 5ft of concrete blocks around the edges and for the seating step in the pool. Sealing and rendering came next to make a smooth surface for the 38,800, 2cm by 2cm square tiles.

"They had to be royal blue to reflect the water. 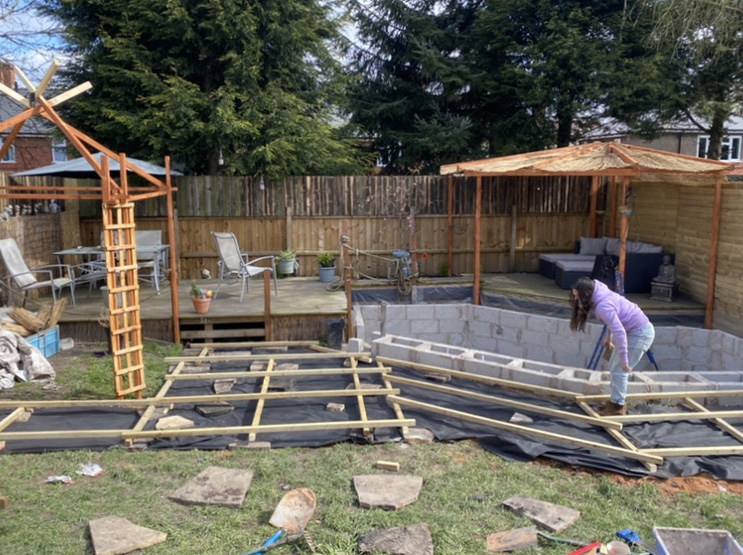 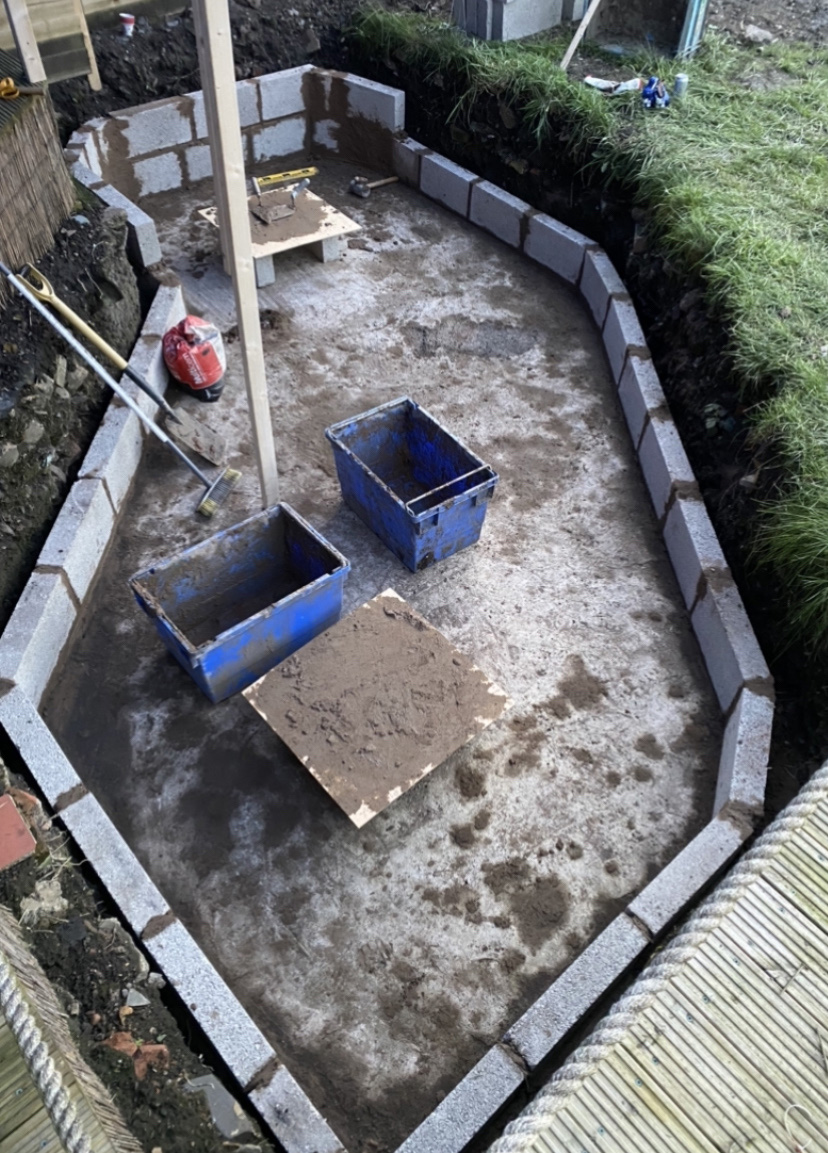 "I had to fit the pump after that and then built the decking surround and then spent four days cleaning it to get rid of any impurities.

"It took two days to fill with water from a garden house and I have to put in three chlorine tablets a day.

"My budget was always the main consideration but I was in no particular rush to build it. 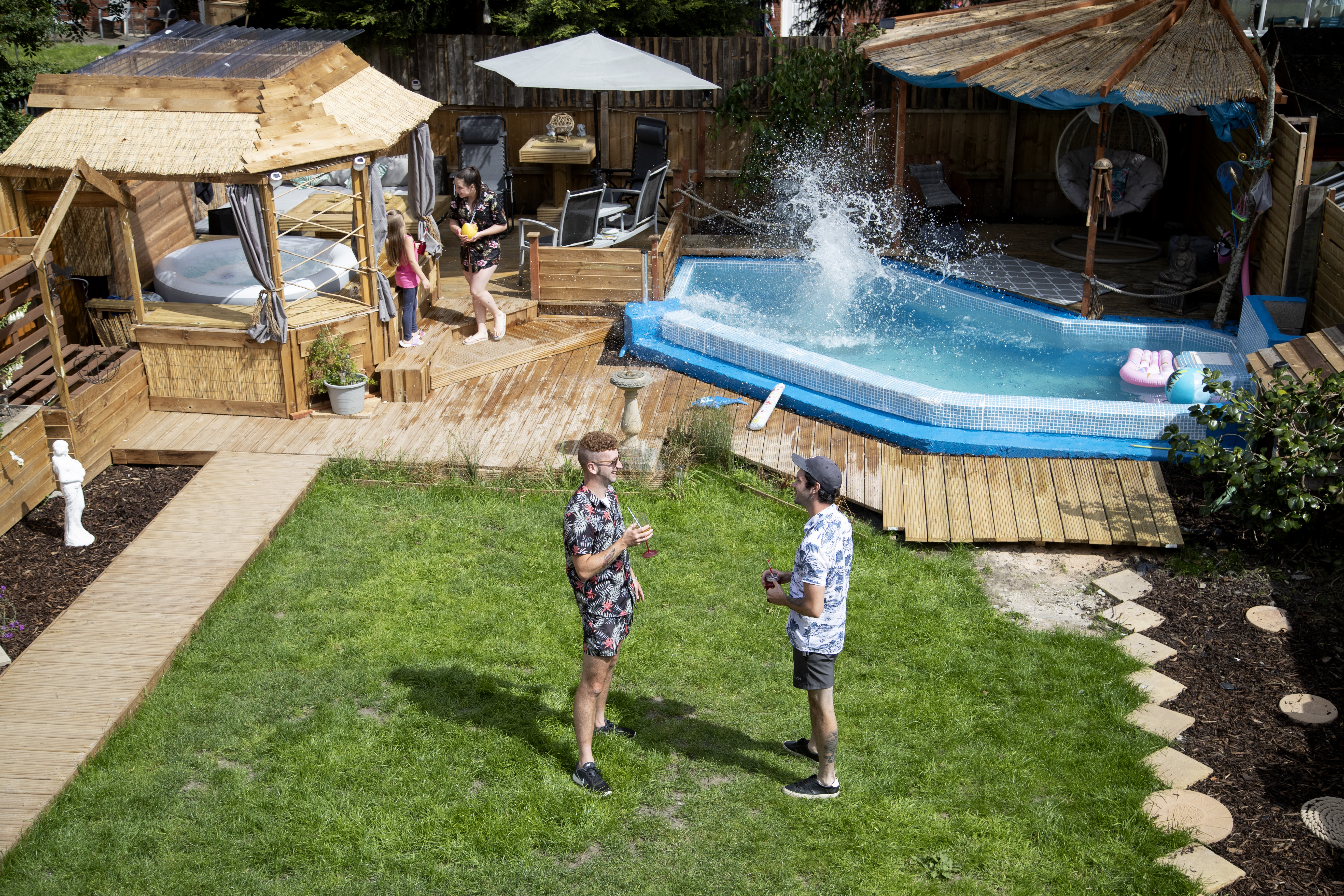 "I spent £3,000 on the pool and about £6,500 on the garden overall. But because I did it over such a long period I didn't really notice the money going out.

"It was great fun to do and a really great experience."

Guy’s been enjoying the warm weather in his slice of the Mediterranean at home, but he added: “The pool is refreshing but if it gets a bit chilly I just jump in the hot tub."

Meanwhile a mum spent 15 hours giving her ‘ugly’ patio a stunning makeover on the cheap – and people say it was time well spent.

And shoppers are raving about B&M’s cube range which looks JUST like Ikea’s versions – but for a fraction of the price.

Plus this mum turns her ‘awful’ wooden panelling into a family photo wall – but some blast it for looking ‘common’. 'I've felt the impact of being adopted for 50 years'