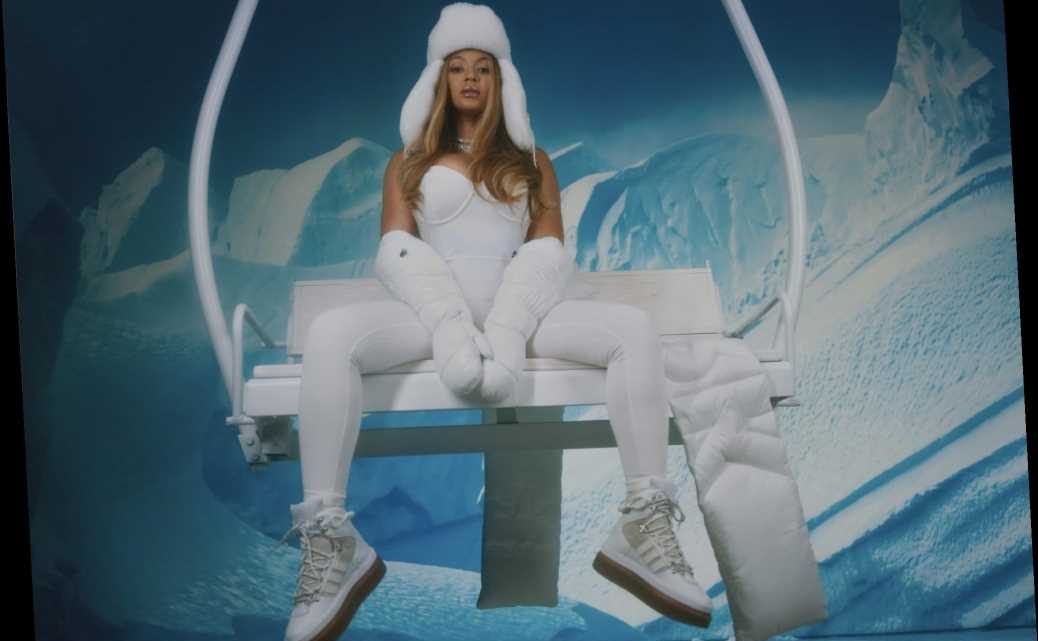 Beyoncé is kicking off 2021 — and elevating our wardrobes — with a new Ivy Park collection!

And by the looks of it, the clothing drop, cleverly titled "Icy Park," is made for hitting the slopes.

In the teaser video, several of the wardrobe pieces are flashed in front of an outdoor winter background and models pose on everything from a snowmobile to a ski lift.

Gucci Mane, 40, models a gold parka, a white faux fur peacoat with an Adidas logo flashed on the back, boots and track pants from the collection. For the photoshoot, the rapper sported an all-white outfit featuring a three-stripe tracksuit, high-top sneakers, and a beanie as he sat in a lawn chair placed in the snow.

Bieber, 24, posed on the hood of a truck that matched her pink printed long sleeve crop top and bike shorts in the same print. She accessorized with a pink Ivy Park beanie, white sneakers with silver detailing and white socks from the collection. Other stars including singer Kaash Paige, and models Akesha Murray, Shi Gray and Kyla Coleman are expected to be seen in future campaign photoshoots, according to WWD.

There are no details of when to expect the latest Ivy Park collection from Beyoncé other than that it is "Coming Soon."

Icy Park will mark the superstar's third drop with Adidas. Two of her collections were launched in 2020 and they sold out almost immediately.