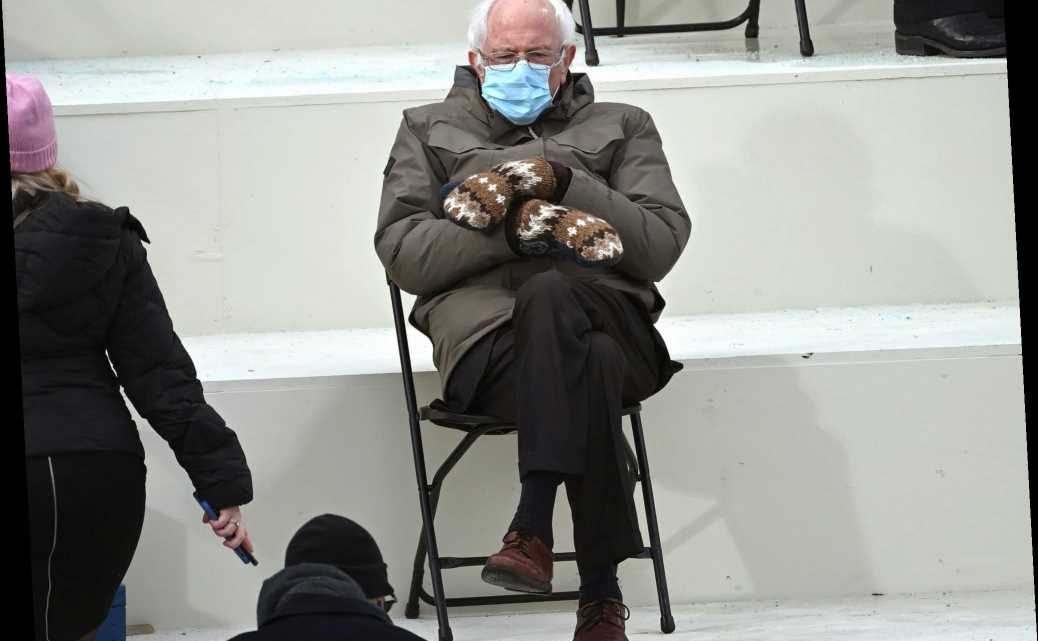 If you snooze, you lose!

On Thursday, the Bernie Sanders campaign released a crewneck depicting the viral photo of him at President Joe Biden's inauguration and it sold out after only a day.

The black crewneck showed Sanders, 79, seated with his arms crossed while wearing a cozy parka, mittens made by a Vermont schoolteacher, slacks, brown shoes and, of course, a blue mask.

After a few hours on sale, the former presidential hopeful's website warned, "*** Due to overwhelming demand for this item, it will be 4-8 weeks until you receive your sweatshirt. ***."

On Friday, the crewneck was sold out. "100% of proceeds go toward Meals on Wheels Vermont," the website shared.

The photo of Sanders at the inaugural event got the meme treatment with people editing him into everything from him in a scene with Ryan Reynolds in Deadpool to the Sex and the City gal group, and even as Patrick Swayze's character in Ghost.

The Senator used his viral moment to shout-out Vermont.

"We have some good coats, as well," he added. (His was from Burton, which is headquartered in Burlington, Vt.) RELATED: Bernie Sanders' Inauguration Day Mood Is What Memes Are Made of — See the Best Reactions

Sanders reacted to the meme in other interviews, stressing that he was just trying to be prepared for the long morning outside amid a chilly 42-degree Fahrenheit temperature in Washington, D.C.

While speaking with Gayle King on CBS News Wednesday, Sanders chuckled as he said, "In Vermont, we know something about the cold, and we're not so concerned about good fashion, we want to keep warm. And that's what I did today."

On Friday, he similarly said on Late Night with Seth Meyers, "I was just sitting there trying to keep warm, trying to pay attention to what was going on."