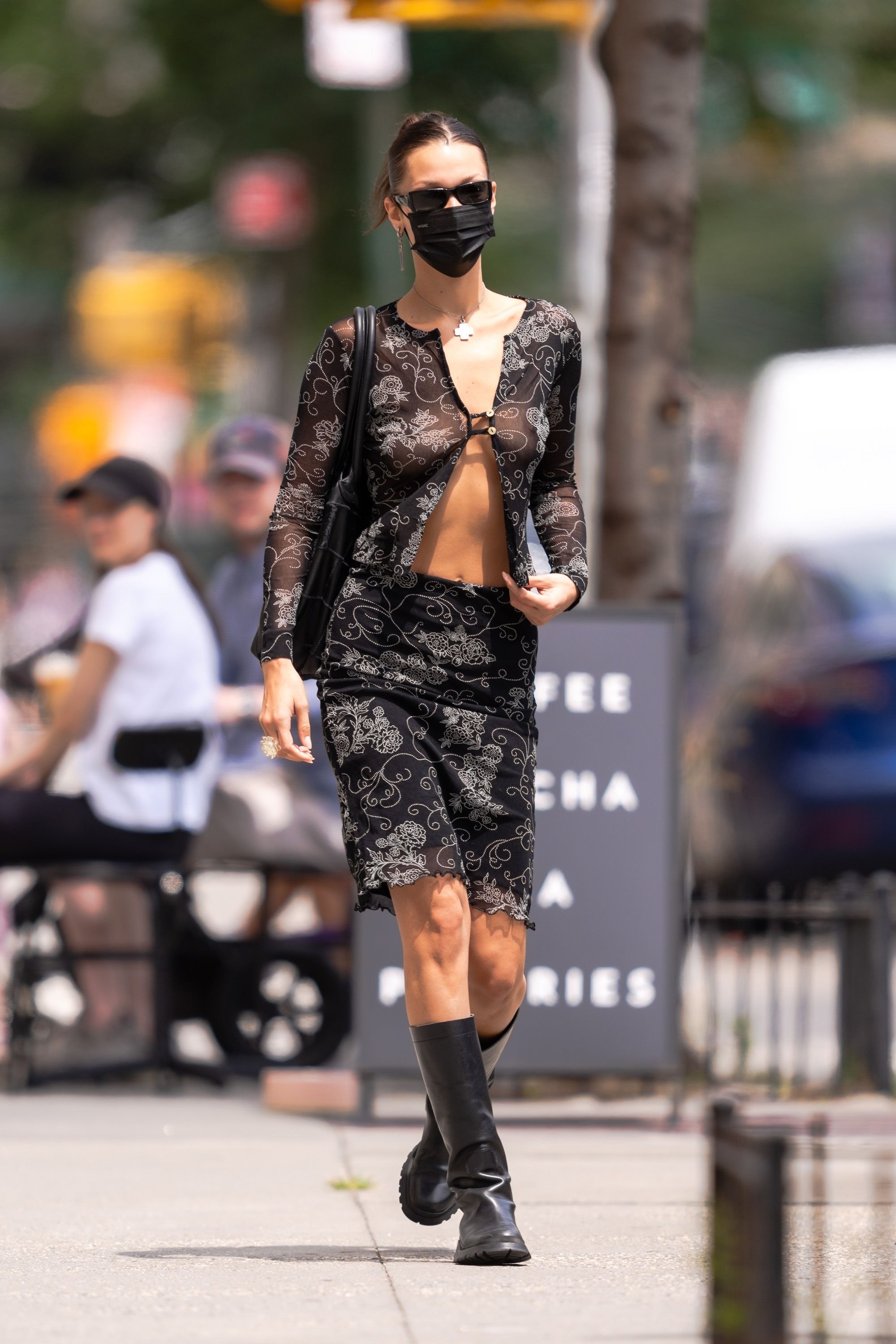 Bella Hadid stepped out in New York City on Sunday with a face mask secured tightly in place—but the rest of her outfit was far less restrictive. After a whirlwind July that took her across the globe—including to the Cannes Film Festival’s red carpet and the front row of couture shows in Paris—Hadid was back at HQ in Manhattan on the first day on August. Continuing her knack for referencing turn of the century fashion, the model was spotted in a matching, flowy two-piece set that looked like an elevated version of something out of a ‘90s Delia’s catalog. The model wasn’t spotted wearing headphones, but the outfit looks like it should be accompanied by a soundtrack of The Smashing Pumpkins or Veruca Salt.

Hadid’s skirt was modestly mid-length in a semi-sheer black material adorned with a white floral motif. The cardigan top was made to match, though its distinctive feature is that it’s holding on by two buttons positioned at a strategic point. Hadid finished off the look with black, chunky boots, square sunglasses, and a black bag.

The main outfit is from London-based label Susamusa and is actually made out of vintage mess directly from 1999. According to the brand, they only had enough material to make 80 sets.

It was also the sort of outfit that one could only pull off in New York’s unseasonably (but rather welcome) “cool,” but not “cold” weather this weekend. A few degrees warmer, and those big black boots would have been unbearable. A bit colder, and that cardigan would need a few more buttons or a layer underneath. In other words, don’t attempt to recreate this look without checking your weather app first.