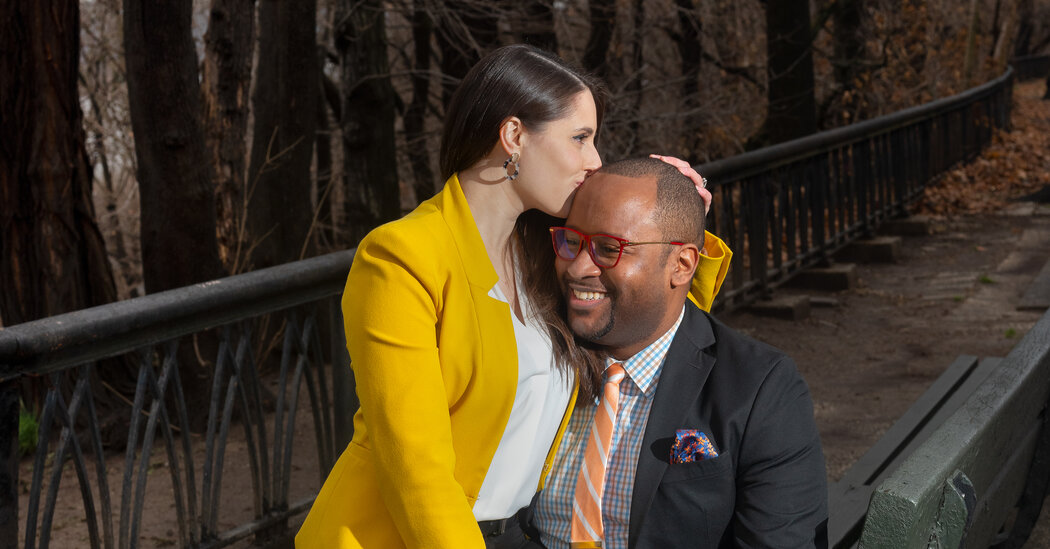 Becoming Teammates in Life and Business

Because marriage is an ever-evolving experience, we constantly shift, change and, in some cases, start over. In It’s No Secret, couples share thoughts about commitment and tell us what they have learned, revealing their secret to making it work. (Answers are edited for context and space.)

Who Erin Higgins Coles and Drew Coles, both 30.

Occupations The couple own the Metropolitan Players, a wedding band company based in New York City. In 2019, they performed at 60 weddings. Last year that number was only 10. Still, the couple, who live on the Upper West Side, remain busy.

“There have been last-minute weddings and rescheduling of others, and the performing at very small ones with only 14-50 guests,” said Mrs. Coles. “Our biggest number of guests in 2019 was 400, so that’s been a huge change. Now we’re booking for 2022.” Additionally, Mr. Coles has been teaching music entrepreneurship and music business.

Their Marriage 6 years, 3 months and counting 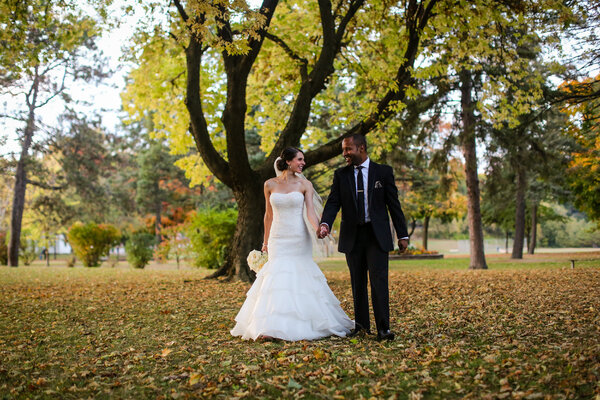 The couple were married Oct. 11, 2014, before 180 guests at the Glen Sanders Mansion, in Scotia, N.Y. They walked down the aisle to “Hooked on Every Word” a song they wrote together in college. Their first dance was to “Wonderful Tonight” by Eric Clapton.

Erin Coles, and Drew Coles were 18 years old when they met at SUNY Potsdam in 2008. She was a business and theater major; he was a music business major. Both dated other people throughout college. Mr. Coles, a year ahead of her, graduated in May 2011 but stayed in town that summer. By then both were single. In June, he reached out.

“Drew texted asking if I wanted to come out with him and his friends. I wanted to say no but this was my summer of saying yes to everything,” Mrs. Coles said.

At a college bar in Potsdam, they ordered shots and danced. Then came a kiss. “Everything went in slow motion and fell silent,” she said. “We looked at each other because we both felt it. A few days later he said, ‘I could marry someone like you.’ I was not ready to hear that. I figured we would have a fling and then break it off and go our separate ways.”

That August, as Mr. Coles was packing his belongings and moving to Manhattan, he texted Mrs. Coles. “We realized we didn’t want to be without each other,” she said. “We decided to commit to a long-distance relationship.”

For the next year they saw each other every other month, staying in inexpensive hotels, video chatting and sending love letters. On Nov. 19, 2012, Mr. Coles surprised Mrs. Coles by proposing at their alma mater. “I walked into the theater with a friend and someone was playing “Marry Me” by Train on the piano onstage. Candles were lit down the aisles. My eyesight from far away is not so good,” said Mrs. Coles, who walked to the stage for a closer look and realized it was him. “I went onstage and he proposed. When I said yes, a string quartet played a song we wrote together. He hired a photographer and videographer. My parents were there. It was a whirlwind.”

That Christmas the couple moved to Astoria, Queen. They were married two years later.

Mrs. Coles We have the same goals regarding where we want to be, but disagree how to get there. He dives right in; I’m risk-averse. We rarely see eye to eye. It’s a large challenge in our business, and in our relationship.

Drew used to leave during our fights because we weren’t getting anywhere. I wanted him to stay. Before the holidays in 2017, we had a massive argument. He left and I went to my parents’ home without him, which was a tradition, and really important to me — it’s Christmas and my birthday and a time for family. To not have my husband there was a wake-up call. We realized we had to change.

[Sign up for Love Letter and always get the latest in Modern Love, weddings, and relationships in the news by email.]

We are competitive and stubborn. Because we work together, we lost who we were as a couple. Now we set aside time for ourselves individually and as a couple. We do dinner dates, take walks, ask each other questions about our lives, and share things we might not know about the other person. It’s a deeper level of talking than we normally do. And we don’t talk about work. We’ve matured in this relationship.

Drew is supportive and confident, thoughtful, caring and driven. He’s passionate and fully committed to our relationship. I’ve learned to challenge myself and take more risks. He’s learned to loosen up and enjoy the little things in life. He’s gotten better at showing his emotions. He had a wall up getting close to my family. He had a really difficult childhood and was raised by his grandparents. He’s learned how important family is.

Drew got Covid at the beginning before the city shut down. It was hard to see him so sick. I kept thinking, ‘what if he doesn’t make it?’ I was terrified. I couldn’t think of life without him.

We both want to be parents. Being together every moment of every day last year helped us learn to live with each other in a way we hadn’t been able to do before. Covid slowed us down and got us on the same page.

Mr. Coles I love Erin’s heart. She’s absurdly bad at lying, which I love. She’s the bearer of old traditions; I’m the bearer of new ones. I was incapacitated from Covid. I’ve come to understand Erin will care for me if I’m in a place of turmoil.

Erin is loving and has made me a stronger communicator. She’s helped me interpret who and what I am. She taught me the importance of family, what family really is and what family could be. Mine wasn’t as open, welcoming and outwardly loving as hers is. I’ve learned what to take from my past and what I want to bring into my future and the kind of father I want to be. Now that we have worked out some of our issues, enough to see what we are bringing to this marriage, this relationship and what kind of parents we will be, we’re working on starting a family.

We’ve had dark times in our relationship, which made it hard to know where we would end up. Marriage takes work and a lot of self-reflection. The hard work is asking, ‘is this worth the fight?’ And, ‘why am I bringing friction to the relationship?’