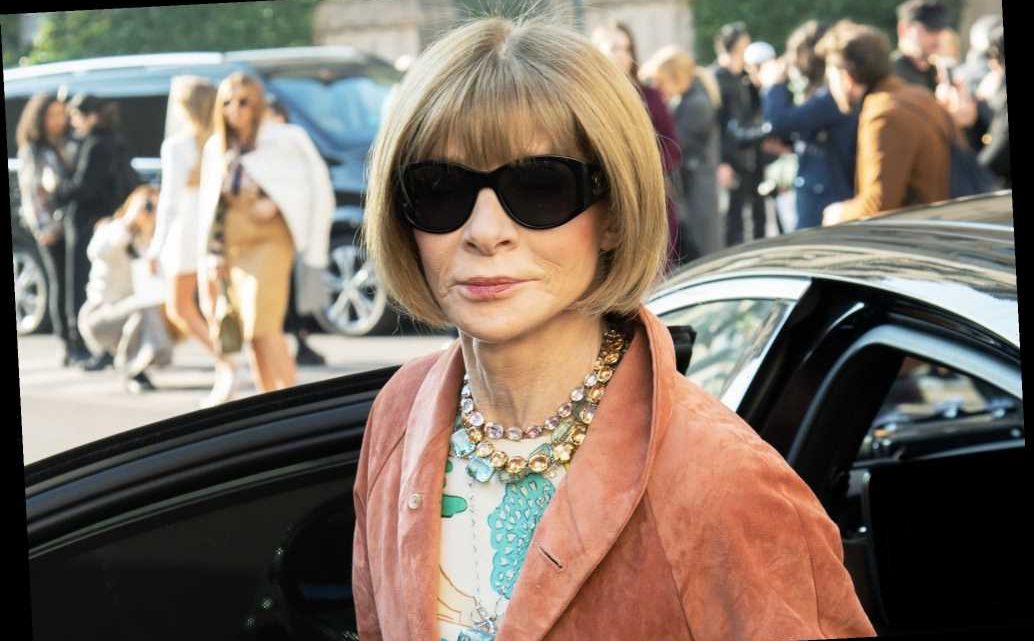 Anna Wintour is addressing the reaction to Vogue's latest cover.

After many called out Vogue for Harris' portrayal on the cover — which some deemed as "disrespectful" for its informality while others said she appeared "washed out" — Wintour addressed the criticism in a statement to the New York Times' Kara Swisher, noting that those at Vogue "understood the reaction."

"Obviously we have heard and understood the reaction to the print cover and I just want to reiterate that it was absolutely not our intention to, in any way, diminish the importance of the Vice President-Elect's incredible victory," Wintour said.

"There was no formal agreement about what the choice of the cover would be. And when the two images arrived at Vogue, all of us felt very, very strongly that the less formal portrait of the Vice President-Elect really reflected the moment that we were living in which we are all in the midst — as we still are  — of the most appalling pandemic that is taking lives by the minute," she told the New York Times. "And we felt to reflect this tragic moment in global history, a much less formal picture, something that was very, very accessible and approachable and real, really reflected the hallmark of the Biden-Harris campaign and everything that they are trying to, and I'm sure will, achieve." On the cover of the February issue — Harris' Vogue cover debut — the California Senator, 56, is dressed in a black Donald Deal blazer, color-coordinated pants and a white top, and poses in her signature footwear: Converse sneakers.

Both images were taken by Tyler Mitchell, who became the first Black photographer to shoot the cover of Vogue, collaborating with Beyoncé in 2018. Mitchell also went on to shoot Zendaya's May 2019 cover.

Wintour's comments on the criticism of the February magazine cover echoed sentiments that Vogue previously provided as context around the editorial.

"The team at Vogue loved the images Tyler Mitchell shot and felt the more informal image captured Vice President-elect Harris's authentic, approachable nature — which we feel is one of the hallmarks of the Biden/Harris administration," the magazine said. "To respond to the seriousness of this moment in history, and the role she has to play leading our country forward, we're celebrating both images of her as covers digitally."

On Tuesday, while appearing virtually on the Today show, Kamala's niece, Meena Harris, also spoke about the controversy surrounding her aunt's Vogue cover as well.

"It's a big moment where we have elected the first woman in history, the first Black woman in history, and South-Asian woman, to hold the office of VP in our country's history, that is a huge historic moment," Meena said during the morning broadcast. "It deserves the proper celebration of that moment especially for a magazine that often has not had Black women on the cover."

"I love the photos of the powder blue suit, I love those and I think that [photographer Tyler Mitchell]'s incredibly talented and of course the woman who wrote the article, it is a lovely inspiring amazing interview," she continued. "I think, again, it's a big moment and I am glad that Tyler captured images that are deserving of this extraordinary moment."