Home » Fashion » An Imprint Neither Could Forget 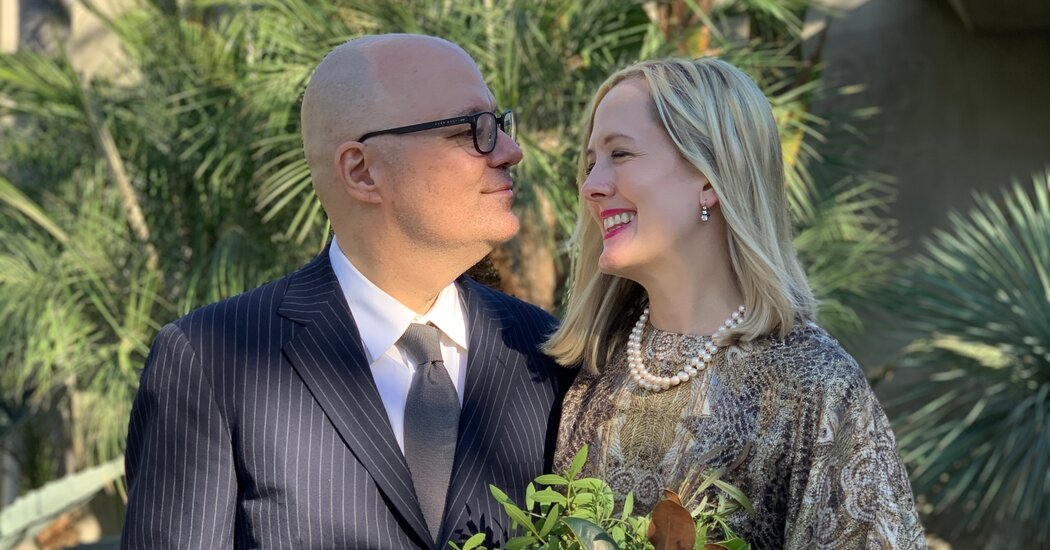 An Imprint Neither Could Forget

Long before the name Matthew Specktor was inscribed on Samantha Culp’s heart, it could be found beneath a short, sweet note inscribed on a page of Mr. Specktor’s book, “American Dream Machine,” which she bought at a benefit at the Hotel Bel-Air in Los Angeles in June 2013.

Ms. Culp, 38, a Los Angeles-based freelance writer and producer, recalled suffering from jet lag that day as she had flown home two days earlier from Shanghai, where she spent a decade living and working as a journalist, art curator and consultant. She wrote for The South China Morning Post, and served as a consultant for cultural projects and institutions. “I read his book and thought, ‘Wow, this guy is an amazing writer,’” said Ms. Culp, who graduated from Yale.

“He had such apt observations of the strange beauty of our shared hometown, and also a similarly oblique connection to Hollywood that I do, growing up within it and seeing both its magic and its flaws,” she said. “It was exciting to discover a new writer whose work I really loved.”

Ms. Culp was a producer for the Netflix crime documentary series “Exhibit A” in 2019 and for “The Confession Tapes” in 2017. Now in it’s second season, “The Confession Tapes,” which tells of wrongful convictions, was nominated for best episodic series by the International Documentary Association. She is also a fellow for the Power of Diversity Master Workshop run by the Producers Guild of America.

At his book signing in Los Angeles, Mr. Specktor, a Hampshire College graduate, entertained a single thought: “I remember thinking that she was a really beautiful, lively and vital person, someone I would love to go out with.” He was divorced when he first crossed paths with Ms. Culp. “We started talking,” he said, “and she tells me she’s going back to Shanghai, and I thought to myself, ‘Well, OK, I’ll never see her again.’”

But he did, nearly six years later in December 2018, via the dating website OkCupid. By then he no longer recognized or remembered her.

“I remembered Matthew from the moment I first glanced at his online dating profile,” Ms. Culp said. “But I decided to play it cool because I didn’t want to jinx anything.” 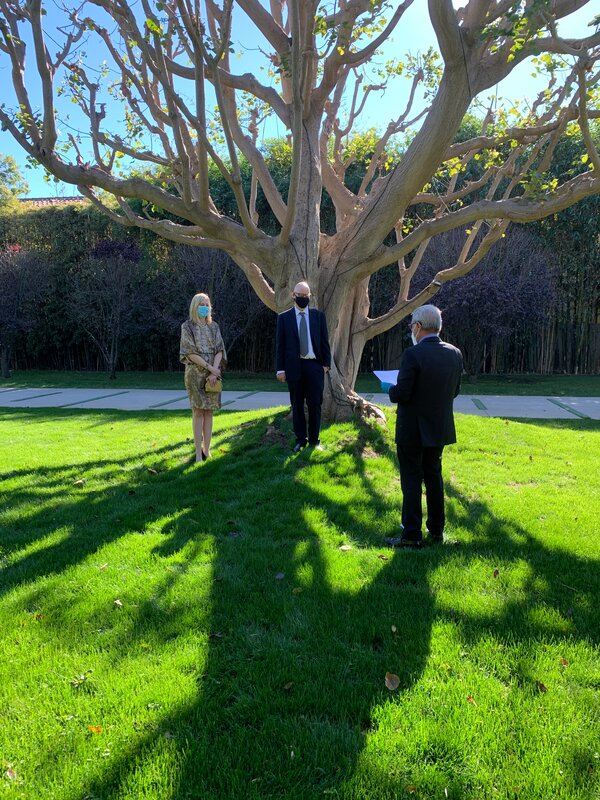 Ms. Culp also said that she was so “intrigued” when they matched that she “researched Matthew via some other Los Angeles Review of Books editor friends who all spoke glowingly of him and encouraged me to go on the date.”

“It’s a funny thing,” she said. “We started dating in December 2018 — very much a pre-pandemic world — and it didn’t take long to see we were very compatible.”

After an otherwise successful first date at a Los Angeles restaurant, Ms. Culp sent Mr. Specktor a text message containing a photo of the nearly seven-year-old inscription he put in her book at the Bel Air hotel.

Mr. Specktor took one look at the photo, dialed Ms. Culp’s phone number and blurted, “Oh my God, it’s you!”

They were soon dating steadily. Ms. Culp was introduced to Mr. Specktor’s daughter, Virginia Specktor, who is now 16 and known as Vivi, and his two-year-old half wheaten terrier, half miniature schnauzer, Pilot.

The couple found they had much in common, including a shared love of literature and film.

“Our habits and ambitions seemed comfortably aligned,” said Mr. Specktor, a former film executive who is now the author of multiple books, and a founding editor of the Los Angeles Review of Books.

“That first year we did nearly everything together, barring a long trip to India that Sam took with her mother while I was home finishing a book,” he said. “I didn’t mind. It gave me a chance to shop for an engagement ring.”

It also gave Ms. Culp an opportunity to evaluate her relationship with Mr. Specktor, and it wasn’t long before she realized that what she had in him was a man who checked all the so-called boxes.

“He is loving and caring and nurturing to his daughter, his friends and family and to his dog,” Ms. Culp said. “In that sense,” she said laughing, “I guess he’s a keeper.”

He guessed much the same, which is why he proposed just after they walked out of a Los Angeles restaurant in December 2019, five months after Ms. Culp had moved in with him.

“I had been married before and dated a lot,” Mr. Specktor said. “But with Sam, there was just so much more clarity, and so much more understanding in just about every interaction we’ve ever had.”

[Sign up for Love Letter and always get the latest in Modern Love, weddings, and relationships in the news by email.]

“I’d been married once before, and divorced 14 years now,” he added. “I wasn’t opposed to remarrying in the years in between, on the contrary, but I can’t say I felt close to doing so prior to this. Sam has never been married. But I know for both of us there was never an instant of hesitation.”

They were married Dec. 16 in the garden outside the Los Angeles home of the groom’s father, Fred Specktor, and his stepmother, Nancy Heller. Nicholas Meyer, a friend of the family and a Universal Life minister, officiated, leading a ceremony that incorporated Jewish wedding traditions. Mr. Specktor’s daughter, Virginia, presented the couple’s rings.

Among the eight socially distanced guests in attendance was the bride’s mother, Candace Wilson Culp, a writer and retired fashion model. The groom said he wished that his mother, the late Katherine Howe, could have been there.

The bride’s father, the actor Robert Culp, died 10 years ago. He was best known for his role in the hit TV series “I Spy.” He was also appeared in the TV series “Trackdown” and in the comedy film “Bob & Carol & Ted & Alice.”

The coronavirus had forced the couple to change their original plans for a large wedding celebration in August.

“Trying to plan a wedding, or even just the basic legal marriage ceremony,” the groom said, “has proved to be quite a task in the year of the pandemic. I’m so happy that we got it done.”

Where The garden outside the Los Angeles home of the groom’s father and stepmother.

What They Wore The groom donned a vintage Prada suit. The bride had on a gold brocade dress from H&M's Conscious collection of sustainable designs. For the “something old, something new, something borrowed, something blue” tradition: She carried her grandmother's vintage gold handbag; wore her new dress; borrowed her mother’s pearls; and displayed her blue sapphire engagement ring.

A Tribute to Dad The bride placed a photo of her father, Robert Culp, inside her grandmother’s gold handbag as a way of keeping him close throughout the day.