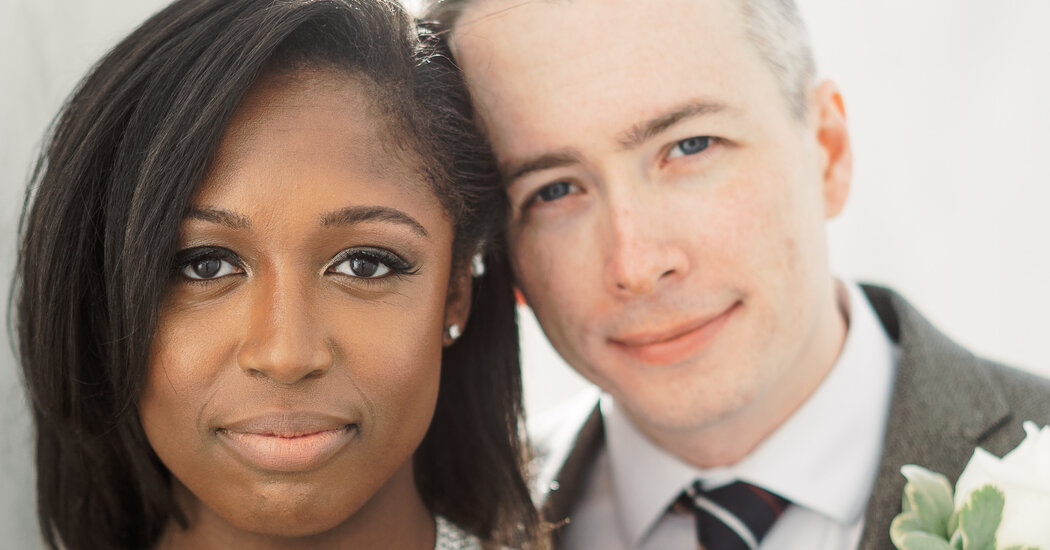 Ashley Singleton and Nathan Arrowsmith took a photograph together within minutes of meeting each other in 2017. The image doesn’t mark the moment they fell in love, or even the first time they felt drawn to one another. That all came later.

It was snapped for a mutual friend who suggested to Mr. Arrowsmith that he keep an eye out for Ms. Singleton at Georgetown University, where they were both beginning the master in business administration program. He didn’t have to look far. The future couple ended up assigned to seats next to each other on the first day of class.

Instead of capitulating to the awkwardness of the situation, Mr. Arrowsmith explained that he also graduated from the Rochester Institute of Technology and that they knew some of the same people from their time there. They decided to commemorate the encounter with a selfie and used it to let their inadvertent matchmaker know they’d met.

Ms. Singleton, who had graduated and was working for the university’s office of advancement, arrived at Georgetown’s McDonough School of Business that day thinking she was going to talk with the senior associate dean of the M.B.A. program about a new social media initiative.

Distracted by the importance of the meeting, she didn’t notice she was being ushered into the room where she and Mr. Arrowsmith had first met or that the dean didn’t enter along with her. 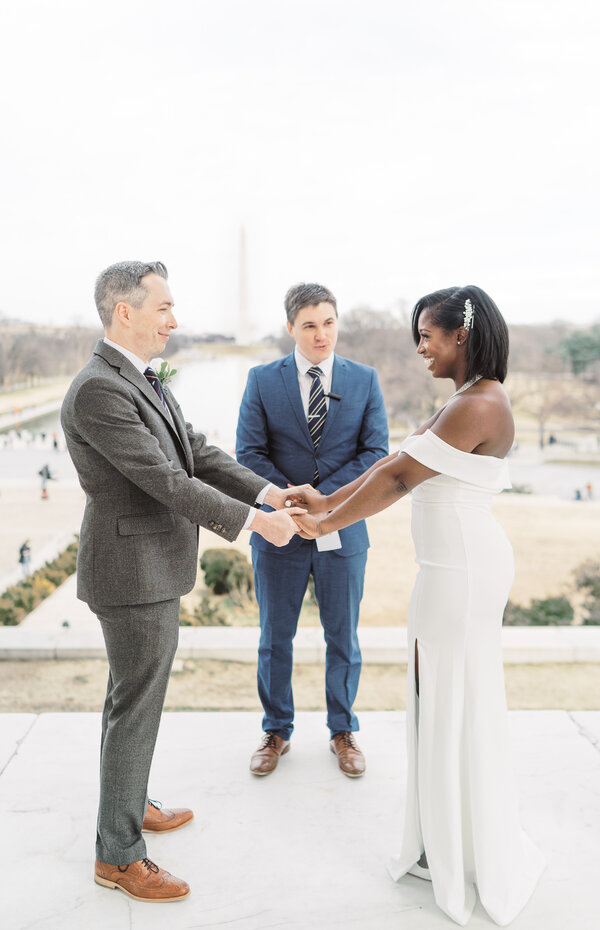 Even when she saw her boyfriend, who was still in the process of completing his degree, the pieces didn’t immediately click into place. “I asked him if he was there for a test when I walked in,” said Ms. Singleton, who now works a strategy and operations manager at Google.

Mr. Arrowsmith engineered the ruse so that his proposal would fulfill all of Ms. Singleton’s criteria. She had told him that she wanted to be surprised, even though they’d discussed getting married and she knew he had already purchased an engagement ring, and it was important to her that they engaged at Georgetown, because that’s where they had developed their bond. She also wanted to be well dressed for the occasion.

“I knew Ashley, because it was a meeting with the dean, would look very nice that day,” said Mr. Arrowsmith, 35, and an operations research analyst for the United States Department of Defense. Afterward they shared a bottle of champagne with Mr. Arrowsmith’s convincing collaborators.

“I was actually angry that morning because I had no suspicious plans on my calendar,” said Ms. Singleton, 30, who was awaiting a proposal but wasn’t sure when it would happen.

The couple was married Feb. 27 just a few miles away from Georgetown, at the Lincoln Memorial. Their friend Richard Bruner, who registered with the city court as a temporary officiant for the occasion, officiated.

They invited only two other friends to join them, but the park was busier than it had been on their scouting missions and onlookers began to gather while they prepared to livestream the ceremony to the friends, family and colleagues they hadn’t been able to include because of the pandemic.

“I think we had forgotten the crowd by the end, so when we kissed, 200 people, who had all gone silent apparently while we were getting married, started to cheer, which surprised us both,” Mr. Arrowsmith said.

What Exactly Is A Flexitarian Diet\u2014And How Do You Do It?

What Is Singer James Arthur's Net Worth?
Entertainment