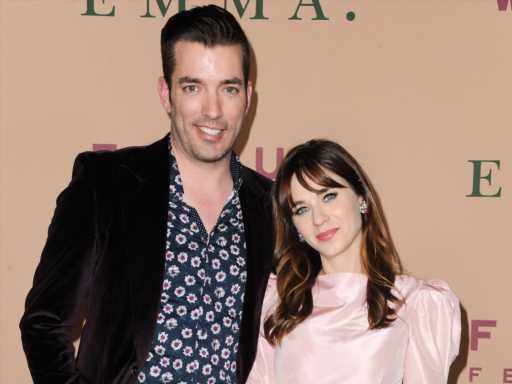 Zooey Deschanel and Jonathan Scott played with our emotions, playing an April Fool’s joke that has us wishing for what could have been.

On April 1, Scott originally posted two photos with no caption, showing him and Deschanel with hammers. In the next photo, we see a description of a show they’d star in called 500 Days of Reno — a nod to one of Deschanel’s movies called 500 Days of Summer. However, later in the day, Scott added the caption, “OKAY IT WAS AN APRIL FOOLS 😂 we had to do it…but now I kinda DO want to get a building with Zooey. We’re a great pair 🥰 #HGTV #500DaysOfReno.”

You can see the fake promo HERE.

Now we know this was an April Fool’s joke, but we can’t help but want this show to become a reality as soon as possible. (We’re talking to you, HGTV!) It’s true that they make such an adorable pair, and a show at some point would be the best present ever.

Deschanel and Scott started dating back in Aug 2019 after meeting on an episode of Carpool Karaoke: The Series.

While this home renovation show isn’t happening, the pair actually are renovating a home together in real life. In an interview on Shop Today with Jill Martin, per E Online,  Scott revealed that the pair bought a 1938 historic home. “We bought a new old home. It’s absolutely beautiful. We found our forever home and we are embarking on this renovation.”