Home » Entertainment » What’s on TV Wednesday: ‘Archer’ and ‘The InBetween’ What’s on TV Wednesday: ‘Archer’ and ‘The InBetween’

ARCHER 10 p.m. on FXX. While this ribald animated comedy series made a name for itself as a foul-mouthed spy movie riff, the last two seasons have transposed its characters — a group of libidinous secret agents turned libidinous private investigators — into alternate realities. Season 8 imagined them as characters in a noir mystery in late-40s Los Angeles. Season 9 reinvented them on a mysterious island in the late-30s. Season 10, which carries the title “Archer: 1999” and debuts Wednesday night, takes its cues from vintage sci-fi. It belches the characters into the cosmos, where Archer (voiced by H. Jon Benjamin) and Lana (Aisha Tyler) are imagined as a recently divorced couple who command a spacecraft.

I, ROBOT (2004) 8 p.m. on AMC. The computing power it took to render Will Smith’s digitally augmented performance as the blue genie in Disney’s just-released live-action “Aladdin” would probably make his technophobic character in this movie nervous. But to be fair, for all of its cautionary messages about technology gone awry, this thriller, which is loosely based on short stories by Isaac Asimov, owes a debt to visual effects. Smith plays Del Spooner, a robot-averse Chicago detective looking into the death of a robotics magnate in 2035.

THE DANISH GIRL (2015) 9 p.m. on HBO Signature. This drama from Tom Hooper is based on the life of Lili Elbe, a Danish painter who was one of the first people to attempt sex reassignment surgery. Eddie Redmayne stars as Elbe. In his review for The Times, A.O. Scott called the movie “a welcome tribute to a heroic forerunner of the current movement for transgender rights.” While Scott took issue with the movie’s conventionality, he noted that “it’s impossible not to be moved by Lili’s self-recognition and by her demand to be recognized by those who care most about her.” 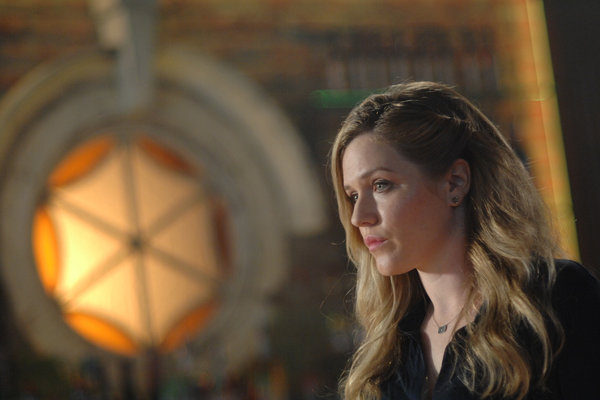 THE INBETWEEN 10 p.m. on NBC. The newest drama to hit NBC is something like a supernatural police procedural: It centers on Cassie (Harriet Dyer), a psychic who helps her detective father (Paul Blackthorne) solve a murder.

OKJA (2017) Stream on Netflix. The South Korean director Bong Joon-ho won the top prize at the Cannes Film Festival on Saturday for his new satire, “Parasite.” His previous movie, “Okja,” is about a pig. It’s a big pig — elephant-sized — that grew up alongside a girl named Mija (An Seo Hyun). Mija defends Okja when the corporation that created the pig comes to claim its invention. They’re formidable opponents: The company’s chief executive is played by Tilda Swinton. In his review for The Times, A.O. Scott praised the balance of delight and didacticism Bong strikes, writing that “rather than turn out cardboard heroes and villains, he savors the eccentricity of his characters, in the sheer weirdness of our ingenious and idiotic species."

Kit Harington Has Checked Himself Into Rehab for Stress

Stop asking women when they are getting married
Entertainment