What’s on TV Tuesday: ‘Pose’ and ‘Ralph Breaks the Internet’ 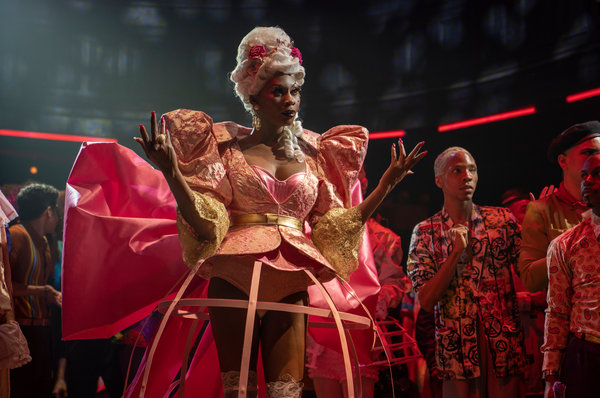 POSE 10 p.m. on FX. The first season of this drama series transported viewers into the underground ball culture of 1980s New York, set against the backdrop of the AIDS crisis. With the encouragement of the ball master of ceremonies Pray Tell (Billy Porter), Blanca (Mj Rodriguez) broke away from Elektra (Dominique Jackson) and her team, or “house,” to form her own, the house of Evangelista. She took in an aspiring model (Indya Moore) and a dancer with showstopping moves (Ryan Jamaal Swain), and her house eventually dominated the competitions. But Blanca’s H.I.V. diagnosis lurked beneath that success. Season 2 jumps to 1990: The ball scene, which was founded by L.G.B.T.Q. people of color, has gone mainstream; Blanca tries to balance starting a new business venture with managing her health; and Pray turns to activism to raise awareness about AIDS.

ICE ON FIRE (2019) 8 p.m. on HBO; stream on HBO platforms. In 2007, Leonardo DiCaprio narrated and produced “The 11th Hour,” a documentary about global warming and other dangers to the environment. The actor returns to the topic in this new film by Leila Conners. Shot in several countries, the movie spotlights scientists, farmers and researchers who have come up with traditional and innovative solutions to slowing down climate change.

THE BOLD TYPE 8 p.m. on Freeform. Season 3 of this dramedy about the inner workings of a magazine company inspired by Cosmopolitan, comes to a close with Jacqueline (Melora Hardin) considering how to take Scarlet to the next level after Jane’s impactful exposé on workplace harassment. And though Jane (Katie Stevens) celebrates a career high at the publication, things aren’t so rosy at home. Meanwhile, Sutton (Meghann Fahy) wraps up her design seminar, and Kat (Aisha Dee) finally confronts her problems.

JASPER & ERROL’S FIRST TIME 10:30 p.m. on Viceland. This new series, from one of the creators of “Jackass,” follows hosts Davon Wilson (who goes by Jasper) and Errol Chatham as they try to bridge cultural divides by venturing outside their comfort zones. They do so, as the show’s title suggests, by trying a number of things for the first time — including fire-walking, bull-riding and cuddle parties.

RALPH BREAKS THE INTERNET (2018) Stream on Netflix. In this witty follow-up to the 2012 Disney cartoon “Wreck-It Ralph,” the eponymous arcade game villain with a big heart (voiced by John C. Reilly) and his best friend Vanellope von Schweetz (Sarah Silverman) leave Litwak’s video arcade for the chaotic, overwhelming world of the internet. They initially go online to find a replacement steering wheel for Vanellope’s home game, “Sugar Rush.” But they quickly get thrown off-course by ads, viral videos and the dark web, and Vanellope discovers a more exciting racing game that may steal her away from Ralph. Their unbreakable bond is the crux of the story, but in his review for The New York Times, Bilge Ebiri wrote that “we might begin to realize that we’re watching a terrifying, incisive satire about the ways that a life lived online makes monsters of us all.”

Guess Who This Tiny Tot Turned Into!
Entertainment