Home » Entertainment » What’s on TV Sunday: ‘The Movies’ and ‘Outlander’ What’s on TV Sunday: ‘The Movies’ and ‘Outlander’ 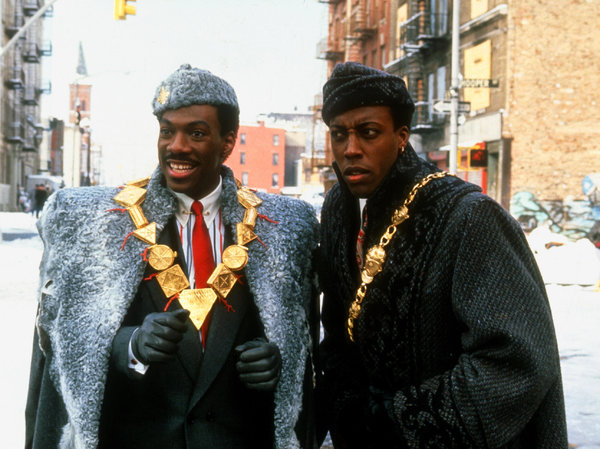 THE MOVIES 9 p.m. on CNN. CNN’s decade-focused series “The Sixties,” “The Seventies,” “The Eighties,” “The Nineties” and “The 2000s” have covered a lot of ground, exploring the major political and pop cultural moments of the last 50-plus years. Now the series’s executive producers, Tom Hanks, Gary Goetzman and Mark Herzog, are shifting their focus to American cinema with their new mini-series “The Movies.” The six-part program will cover major film moments from the 1930s to the present, and will feature interviews with Martin Scorsese, Steven Spielberg, Molly Ringwald, Anjelica Huston and Robert Redford, among others. The series kicks off with a two-hour premiere focusing on the films of the 1980s, from sci-fi hits like “E.T.” “The Empire Strikes Back” and “Back to the Future” to comedies like “The Breakfast Club” and “Coming to America.” The episode pairs perfectly with the new season of “Stranger Things” on Netflix, and will likely be a great primer for that show’s many ’80s references.

ENDEAVOUR 9 p.m. on PBS. A prequel to the “Inspector Morse” series, this detective drama follows a young Inspector Endeavour Morse (based on the character from Colin Dexter’s novels), whose tastes for opera, crossword puzzles and poetry make him a beneficial anomaly for the Oxford City Police in the 1960s. In the Season 6 finale, Morse (sporting a stylish mustache) investigates the aftermath of a deadly tower block collapse, which may be connected to a fatal stabbing at a local library.

PEABODY PRESENTS: STORIES OF THE YEAR 10:30 p.m. on FX. The 78th Peabody Awards celebrated groundbreaking stories told across digital media, television, film and radio in 2018 that pushed the conversation forward on important social issues. Now, the creators of some of those celebrated programs will sit down for an in-depth discussion with another Peabody Award winner, the comedian Hasan Minhaj. Steven Canals, a co-creator of “Pose;” Terence Nance, the creator of “Random Acts of Flyness” and others will join Minhaj for a conversation about how their award-winning work reflects issues of race, the L.G.B.T. experience and the #MeToo movement.

OUTLANDER Stream on Netflix and Starz; Rent on Amazon, YouTube, iTunes and Vudu. This time-travel period drama, which is based on Diana Gabaldon’s novels, began its run on Starz in 2014, but the first two seasons were just added on Netflix. The series follows Claire Randall (Caitriona Balfe), a strong-willed combat nurse who, while reconnecting with her husband (Tobias Menzies) in Scotland after World War II, is sent back in time, to 1743. She falls in with a gang of Scottish rebels, one of whom, Jamie Fraser (Sam Heughan), she begins to fall for. For those still lamenting the end of “Game of Thrones” and “Downton Abbey,” the series “has some of ye-olde-time grimy violence and sex of ‘Games’ and a little of the plummy accents and cozy Anglophilia of ‘Downton,’” the Times’s Mike Hale writes.

Rooney Mara & Joaquin Phoenix Stop By a Nail Salon Together