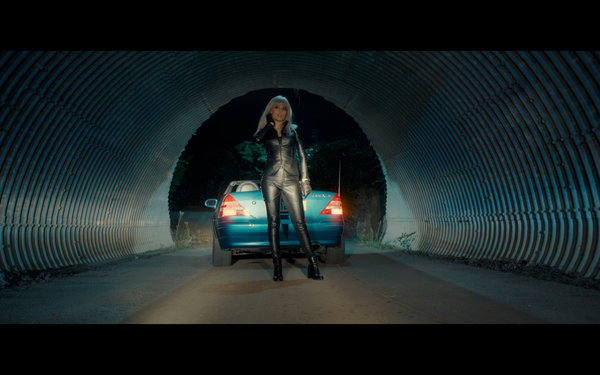 STRAIGHT FORWARD Stream on Acorn TV. When a crime boss kills her father, Sylvia Petersen (Cecilie Stenspil), a Danish con woman, plans her revenge. But the attempt goes awry and she escapes to New Zealand, leaving her mother and daughter behind. Petersen uses her expertise in disguise and deception to stay hidden. Then she learns that her enemy is targeting her family back in Copenhagen.

THE CHEF SHOW Stream on Netflix. Jon Favreau first proved he was comfortable in a kitchen in his 2014 film “Chef.” Now, the writer and director has teamed up with the famed food truck chef Roy Choi (who was also an adviser on “Chef”) to bring a show about cooking — and eating — to Netflix. Favreau also invites some celebrity friends, including Gwyneth Paltrow, Bill Burr and Tom Holland, to cook and chat with famous chefs.

GENTLEMAN JACK 10 p.m. on HBO; stream on HBO platforms. Anne Lister (Suranne Jones) has finally arrived in Copenhagen after four weeks of traveling from Paris. As she’s enjoying the acceptance she receives in Danish society, she receives difficult news from back home. In the season finale, Lister has to decide if she should go back or stay on the Continent.

NBA FINALS: GAME 5 9 p.m. on ABC. The Golden State Warriors are headed to Toronto, where they will play the Raptors on their home turf in Game 5. For Golden State, this is the fifth consecutive NBA finals contest. They won the title in 2015, 2017 and 2018, while the Raptors have never won it.

KATE PLUS DATE 10 p.m. on TLC. Kate Gosselin is returning to the small screen. But this time, instead of worrying about her eight children, Gosselin is focusing on herself and her love life. In this six-part series, Gosselin teams up with a matchmaker and tries to navigate jumping back into the dating pool after almost a decade of being single.

BEST BAKER IN AMERICA 9 p.m. on Food Network. The five remaining pastry chefs will face off this week in a themed challenge: “Toy Story 4.” The host, Scott Conant, tells the contestants to choose a character from the upcoming film to replicate in a cake. The flavor of the cake must also capture the essence of the character. Jason Smith and Marcela Valladolid will be joined by Shinmin Li for the final judging. Together, they’ll have to decide which baker to send home.

A woman's hearth… at home with Eleanor McEvoy