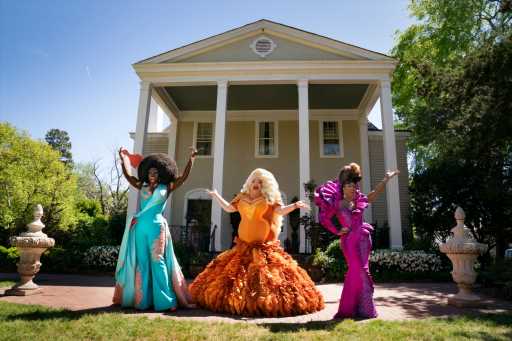 “We’re Here,” the HBO show that brings three drag queens to small towns across America, filmed in Colorado this week.

At each stop on their tour, the hosts transform locals into fabulous queens and choreograph drag routines that they then perform at a public show. There’s always more than just a physical transformation. The host queens go to areas where there’s not usually a robust LGBTQ+ scene to empower their “drag daughters,” as they call them, and help usher in greater acceptance in the wider community. Many times that includes reuniting family members, changing locals’ perceptions and shattering stereotypes. Keep a box of tissues close, y’all.

Season two of “We’re Here” premieres on Oct. 11 on HBO and HBO Max, and the local episode is slated to run in late November. Other towns featured in the eight-episode season include Spartanburg, S.C., Temecula, Calif., Del Rio, Texas, Selma, Ala., Newburgh, Ind., Watertown, S.D., and Kona, Hawaii.

Subscribe to our weekly newsletter, In The Know, to get entertainment news sent straight to your inbox.

Another Woman Claims To Have Picked Up Brian Laundrie Hitchhiking In Wyoming: DETAILS
Entertainment