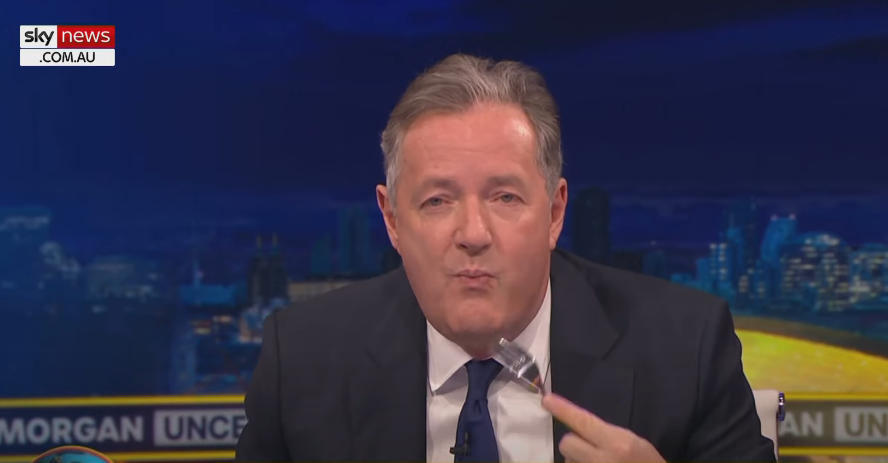 Piers Morgan delighted in chowing down on a big, juicy steak in front of vegan activist Nathan McGovern during the latest episode of his TalkTV show.

The no-nonsense host, 57, made a point of hitting out at vegan protestors after Salt Bae’s London eatery was recently targeted by a sole campaigner before turning to interview Mr McGovern.

After Morgan had described the non-meat eaters as ‘annoying little squits’ he was presented with a plate of steak and chips by one of the programme’s runners.

‘All you’ve achieved is you’ve made me want to do this,’ Morgan told Mr McGovern.

‘You don’t represent to me vitality or good health, you just all look like you want a good bit of steak,’ the presenter continued.

‘You’re fully entitled to that opinion and as I said earlier, you’re right to protest if you want to run into a vegan restaurant,’ Mr McGovern offered.

Response to the scenes were mixed, with some audiences venting their frustrations towards vegans while applauding Morgan.

‘God vegans are the most annoying,’ wrote one, while another said: ‘Not normally a fan of Piers but this is class.’

Others blasted Piers for pulling such a stunt. ‘Television content at its absolute worst,’ one slammed. ‘Have a word Piers. How old are you, 12?’

Echoing a similar sentiment, another wrote: ‘You are 60 years old – you should be embarrassed by that infantile display.’

Lidl slashes food prices to as little as 19p