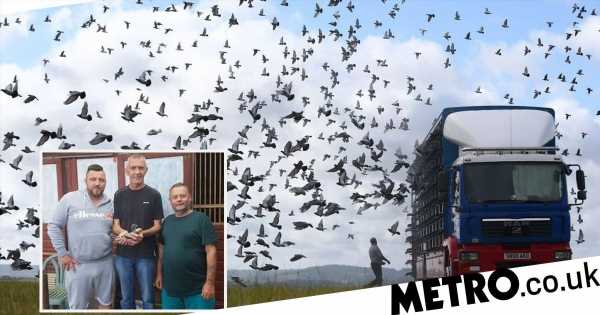 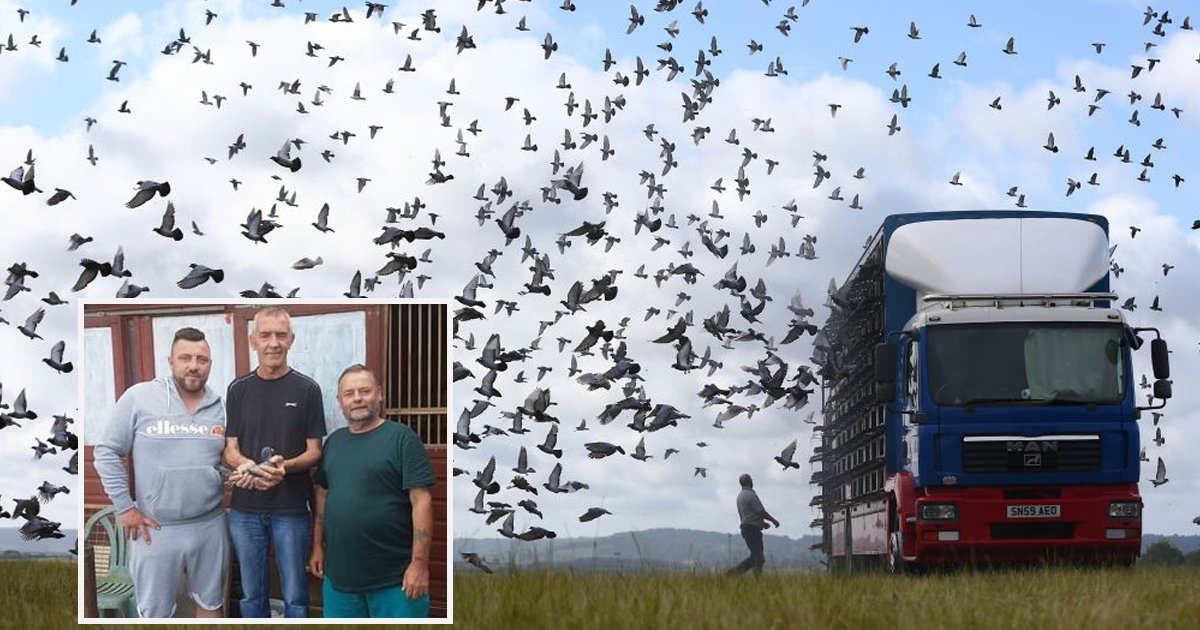 ‘Freak weather’ has been blamed for hundreds of thousands of racing pigeons suddenly vanishing into thin air on the same day.

Up to 250,000 birds were released in some 50 races all across Britain on Saturday, June 19, but only 10% managed to return in the expected time.

Thousands are still missing, and some have subsequently been spotted as far away as Holland and Majorca.

The mass disappearance has prompted some to dub the date ‘the worst day in the sport’s history’.

Disappearances were first highlighted in reports about a race from Peterborough to the North East, in which more than half of the 9,000 pigeons taking part went AWOL.

Dene Simpson, race controller for the South West Wales Federation of pigeon fanciers, said the same also happened to him and his friends.

A huge number of the birds they’d lovingly reared from chicks suddenly disappeared without a trace.

Dene, 38, from Swansea, said: ‘We’d let ours go from Swindon at midday on the same Saturday – that’s a 92 mile journey with the wind behind them, so it shouldn’t have taken that long.

‘But, of the 1,400 that went out, only about 200 to 300 made it home. And when we looked on social media later on we saw that lots of other federations around the UK had experienced something similar.’

Tasked with deciding when and where birds are released on each race day, liaising with other federations and checking the weather situation, Dene said there’d been no warning signs that something odd was about to happen.

He added: ‘The forecast had been overcast in the morning but with good visibility – by the afternoon there were clear blue skies back home in Swansea.

‘Which is why I think something invisible to the naked eye occurred, something that messed with the birds’ internal Sat Nav and caused them to veer off course drastically.’

He added that homing pigeons can navigate using the Earth’s magnetic field as a guide, but a freak occurrence such as solar storm could have ended up distorting their sense of direction.

This could be one explanation behind the mysterious Bermuda Triangle phenomenon, but the answer still isn’t clear.

Dene added: ‘There was definitely something strange going on that day because there were hardly any wild birds in the sky at all beforehand, it was just dead up there.

‘Personally, I’ve not ruled out a series of mini tornadoes being to blame.’

Dene said that a fellow member of his federation, which covers the likes of Port Talbot, Pontardawe and Llanelli, has been told that one of his pigeons has since been spotted in the Netherlands – ID’d by the tag or ‘life ring’ around its leg.

He added: ‘It’s upsetting for the boys because they’ve reared these birds by hand, really looked after them.

‘And, while money is the last thing on anyone’s mind at a time like this, pigeon fancying can be an expensive hobby. Losing this many birds will have cost a fortune.’

However, he added that it wasn’t the first time an event like this had take place.

Dene added: ‘Some of our older members can recall an identical unexplained happening from about 60 years ago, but that was way before my time.’

Love Island 2021: Where to buy the Islander's sunglasses including Bad Hero and more