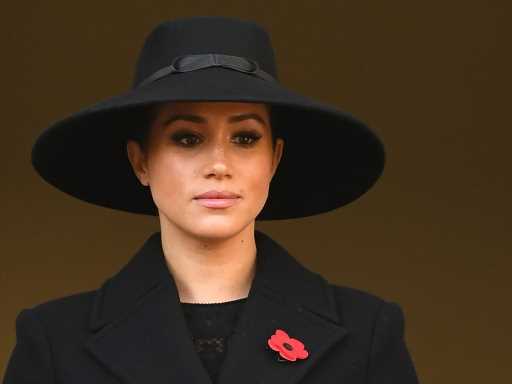 Ever since Prince Harry began his relationship with Meghan Markle, the Duchess of Sussex has been the target of scrutiny and criticism so intense it caused the couple to step back from the royal family altogether in early 2020, citing the brutal attacks both in the mainstream media and on social media as part of their reason for needing to redirect their lives. Now, a new investigation into Twitter mentions of Harry and Meghan has revealed a troubling truth about the social media attacks on this particular platform, and their findings suggest an upsetting pattern in who’s been targeting the Duchess for harassment these past few years.

The new report comes courtesy of Twitter analytics service Bot Sentinel and was reported by Buzzfeed News. The report indicates that roughly 70% of the “negative and often hateful content” directed at Meghan comes from just 83 Twitter accounts that boast a combined 187,631 followers. Making matters far more concerning, these accounts do not appear to be bot accounts, according to the report.

As to why this campaign of harassment against Meghan is happening, even the CEO of Bot Sentinel isn’t sure.

“There’s no motive,” he told Buzzfeed News. “Are these people who hate her? Is it racism? Are they trying to hurt [Harry and Meghan’s] credibility? Your guess is as good as ours.”

Between the invasive tabloid media and social media scrutiny, Meghan has been the target of cruel comments since becoming a member of the royal family. In March 2021, she publicly disclosed that the situation became so unbearable, she fell into suicidal ideation.

As for how Twitter is handling the new report, they shared with Buzzfeed News that the company is “actively investigating the information and accounts referenced in this report — we will take action on accounts that violate the Twitter Rules,” per a Twitter rep. If we ever want an active Harry and Meghan Twitter account back in our lives, we have a feeling the company will need to take decisive action to ensure the Sussexes can’t be targeted like this for all time.