Home » Entertainment » 'The Sopranos's' New Jersey home is reportedly listing for sale for a 'starting price' of $3.4 million 'The Sopranos's' New Jersey home is reportedly listing for sale for a 'starting price' of $3.4 million

The home where fictional mob boss Tony Soprano enjoyed meals with his family, held meetings with his “family,” and bonded with a family of ducks, is now on the market.

The real-life North Caldwell, New Jersey mini-mansion that served as the home to Tony Soprano in the HBO series “The Sopranos” is being listed for sale by its longtime owners, Patti and Victor Recchia, Stefanos Chen atNew York Times reported on Friday. The listing lines up with the 20th anniversary of the iconic TV show’s premiere in January 1999.

The Recchias are selling the home directly, and hoping to fetch $3.4 million or more — their reported “starting price” — for the 1.5-acre property. The property, with its 5,600-square-foot home, curving driveaway, and backyard pool, was reportedly a frequent filming location for “The Sopranos.” Scenes were shot in the home, in the driveaway, and in the backyard patio and pool. The main four-bedroom house also served as the basis for areplica interior set that was used for indoor scenes during later seasons of the show. 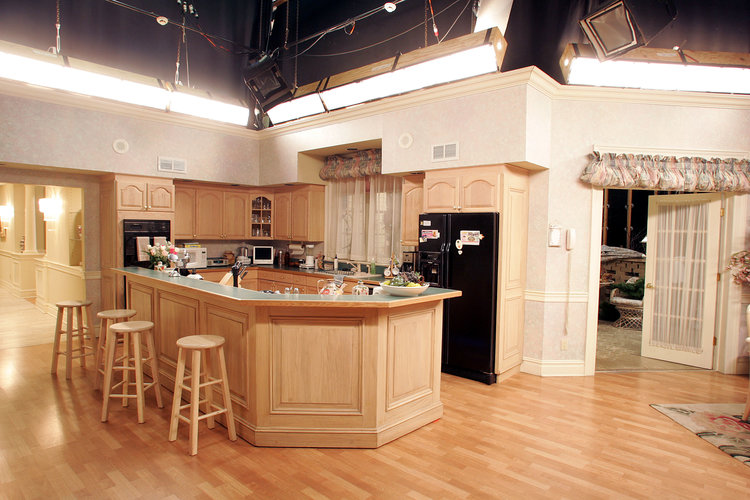 A 2006 set of the interior of “The Sopranos” home, inspired by the real-life New Jersey house.Todd Plitt/Getty Images

In the past, other famous TV homes on the market have sold for slightly less than their original listing prices. The six-bedroom colonial in New Rochelle, New York that was home to the fictional Draper family in “Mad Men” soldfor $1.020 mllion in 2015, just under itsreported listing price of $1.15 million. The Los Angeles residence of the fictional Dunphy family on “Modern Family”reportedly sold for $2.15 million in 2015, compared to its original $2.35 listing price. A Staten Island house that was home to Michael Corleone in “The Godfather” film is also reportedlyon the market for $1.4 million.

In the North Caldwell area, other comparable, but less famous homes have recently sold for $1 million – $2 million, according to the real-estate site, Zillow. Similar houses in nearby areas are also listing from $1 million – $4 million on the site.

The Rechhia’s home is one of the most recognizable settings in “The Sopranos.” Twenty years after the show’s premiere, the sellers might be betting that buyers will be motivated. The Recchias are reportedly fielding bids for the property via email at [email protected] until Jun. 21.

Did I Need to Know What Gender My Nonbinary Interviewees Were Assigned at Birth? Maybe Not.
Entertainment