Home » Entertainment » ‘The Poltergeist’ Review: Portrait of the Artist as a Young Madman 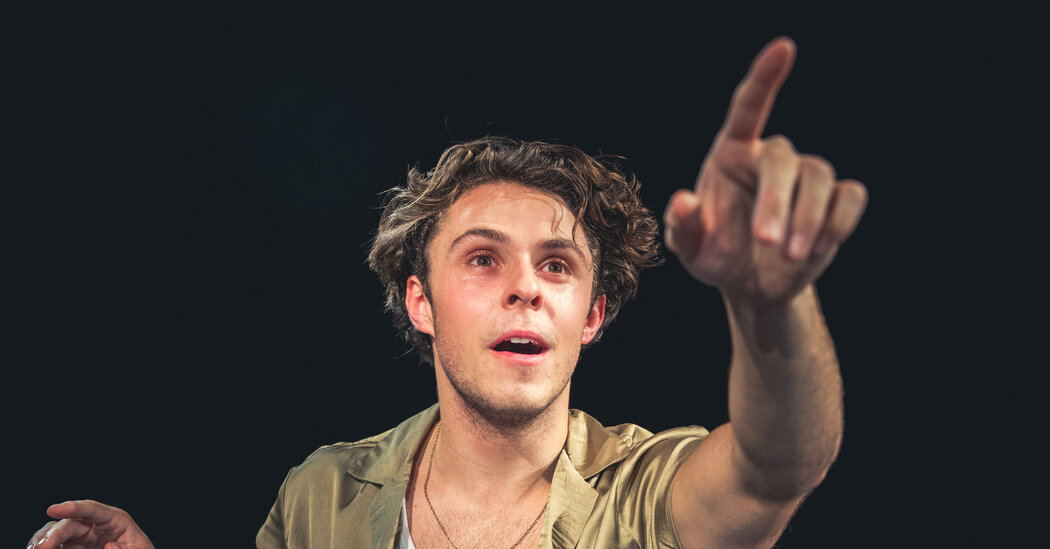 ‘The Poltergeist’ Review: Portrait of the Artist as a Young Madman

The mind of a neurotic artist is a terrifying place to be. Trust me, I know: I’ve had a 30-year residency in one, and it’s no picnic.

Still, the artist at the center of “The Poltergeist,” a new solo play by Philip Ridley presented by Tramp and streaming courtesy of London’s Southwark Playhouse, functions on a whole different level. As a teen, Sasha (Joseph Potter) was dubbed a prodigy thanks to his large-scale murals. He was going to be a star, but now, years later, he’s a nobody, self-consciously making smudged watercolors and sketches that he immediately declares worthless.

It’s hard to focus on your next masterpiece when you have something permanently stuck in your craw. Sasha prattles through an interior monologue of such unrelenting vitriol about himself, his art and the world around him that he seems hollowed out, a black hole masquerading as a person.

When he and his supportive boyfriend, an actor named Chet, go to a niece’s birthday party, Sasha barely manages the smiles and chat and cake. He pops too many painkillers and hardly veils his resentment for his brother and sister-in-law. He trashes the house when no one is looking. He grows more riled up as casual conversations veer closer to the topic of his artistry and the reason he never lived up to his promise. (No spoilers here, but it involves a familial act of betrayal.)

Ridley, a screenwriter and playwright (“The Pitchfork Disney,” “Mercury Fur”), regularly trades in a brand of tragicomedy that’s like a blackout on a winter night: acutely dark.

“The Poltergeist” is airtight, if not claustrophobic. It almost entirely happens at that one birthday party, with Sasha re-enacting every conversation he has with other guests, rapidly interjecting his own thoughts. The playwright meticulously unwraps his psychology, interrupting the churlish commentary with lush and tender descriptions of color, like the “magenta, crimson lake, viridian, burnt sienna, cinnabar green” he’s putting to use in a painting.

All this makes Potter’s job, alone on a bare stage for 75 minutes, tough. He is riveting to watch, full of breakneck energy and Olympian-level verbal agility, especially when he pingpongs from one character to another.

This perfectly captures the manic mechanics of Sasha’s brain, but “The Poltergeist” sometimes moves so quickly that things become a garble. Part of the issue is Wiebke Green’s direction, which paces the show like an emotional roller coaster that rises and falls in predictable intervals, without surprise.

It goes like this: a barrage of gripes and observations from Sasha, followed by long pauses when he lets deeper feelings finally catch up to him. Some pearls of comedy in the script get left by the wayside, though the emotional conclusion is rich and gratifying.

Despite its occasional muddle, “The Poltergeist” is gripping from start to finish, one of the most visceral immersions inside a disturbed character’s mind I’ve ever seen. I’ll happily Airbnb there, especially if Ridley is my host. But I’m giving back the keys when it’s over.

The Poltergeist
Through Feb. 28; southwarkplayhouse.co.uk