Home » Entertainment » The French Version of ‘Fleabag’ Is Exactly the Same. Until It’s Different. The French Version of ‘Fleabag’ Is Exactly the Same. Until It’s Different.

PARIS — How do you say “Fleabag” in French? The answer is technically not “Mouche” (which means “Fly”), but from now on, that’s how France will know the heroine of Phoebe Waller-Bridge’s hit British TV comedy. The show’s first season has just been transplanted to Paris by the writer and director Jeanne Herry, in a faithful new adaptation starring Camille Cottin.

In fact, the toned-down nickname may be the single biggest difference. Herry has recreated the first six episodes not just scene for scene, but, at times, frame for frame. There may be Paris landmarks in the background and a handful of extra scenes, but the dysfunctional relationships, slow-burning grief and sly asides to camera are the same.

It makes this version a curiosity (as well as a game of spot the difference) for those of us who watched and loved “Fleabag,” but the producers are clearly targeting newcomers to the show. The British original is only available on Amazon Prime in France, and the streaming service had fewer than 700,000 subscribers here in 2018, according to an estimate by Digital TV Research. So there are plenty of French viewers who have yet to meet Fleabag’s gleefully insincere stepmother and the rest of her repressed family.

Wholesale adaptations of this kind are rare in France, which has a long tradition of dubbing foreign films and series, and younger viewers regularly watch foreign TV with subtitles. It’s a true credit to Waller-Bridge’s writing that it remains so effective in translation. While passive aggression is a national quirk in Britain, viewers everywhere can identify with the barbed family chitchat and sexual mishaps, and “Mouche” doesn’t tamper with the impeccable rhythm “Fleabag” honed.

The French cast is hard to fault. Cottin, who plays Mouche, first rose to prominence in France with a hilariously rude sketch character, La Connasse, whose impulsive outbursts almost make her seem like a cousin of Fleabag’s. She is a natural as a stand-in for Waller-Bridge, with even some passing physical resemblance, but when Cottin breaks the fourth wall, she is more deadpan; it makes Mouche her own, though it’s hard not to miss that familiar twinkle in Waller-Bridge’s eye.

Anne Dorval, an actress often seen in the Canadian filmmaker Xavier Dolan’s films, is an inspired choice to replace the stupendous Olivia Colman as Fleabag’s stepmother: The bonhomie of her Quebec accent adds to the character’s faux friendliness.

Herry also called on actors from the renowned Comédie-Française theater troupe, including Benjamin Lavernhe, who hits every comic note as the aptly named “Bus Rodent.” His colleague Suliane Brahim, however, seems to be on a different wavelength from Sian Clifford, who played the buttoned-up older sister in the British original. Softer and less posh, Brahim occasionally seems more like the younger sibling 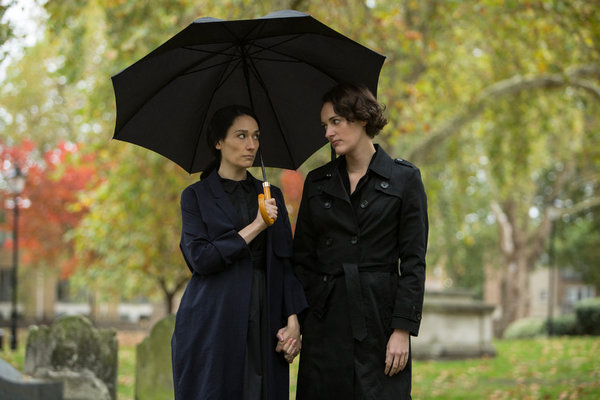 The most eyebrow-raising tweak comes in the first episode. In lieu of Barack Obama, Mouche masturbates to a video of Benoît Hamon, the French Socialist Party’s presidential candidate in 2017. It’s a dubious replacement, not least because fantasizing about foreign politicians an ocean away is less fraught than focusing on those closer to home. A better option would have been the French-speaking Prime Minister of Canada, Justin Trudeau.

Still, Herry only really alters the narrative arc of the series when she inserts flashbacks to the funeral for Mouche’s mother. The events of that day are touched on in the second season of “Fleabag,” but differently. The heroine’s future stepmother is far more brazen in “Mouche,” even gifting the grieving daughters whose mother died of breast cancer a painting of a woman with her breasts cut off.

These scenes add some back story, and it’s possible the producers of “Mouche” only signed on for one season. But Waller-Bridge’s genius also lies in her sense of ellipsis, and what stays out of her airtight sequences is as important as what goes in.

Herry leans toward more padding. When a new character attempts to hit on Mouche by telling her about the sleepless hours he spent on a late-night, left-wing protest in Paris, the joke meanders without quite hitting home.

Reboots always invite nitpicking. Still, with “Mouche,” France has an authentic Fleabag to call its own. 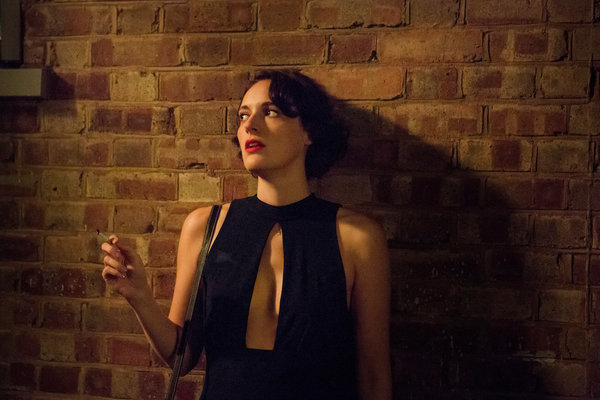 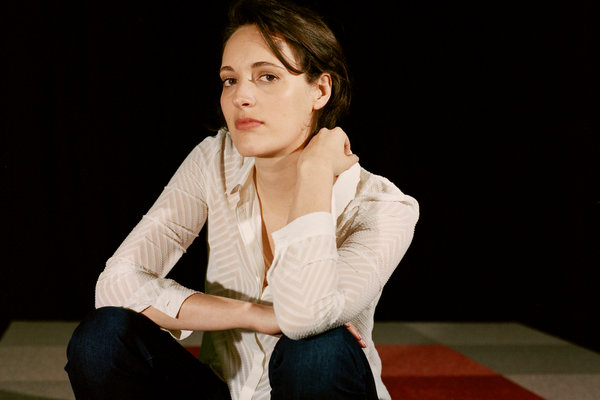 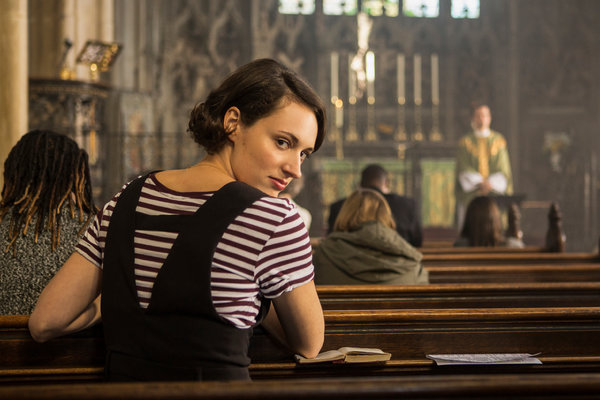