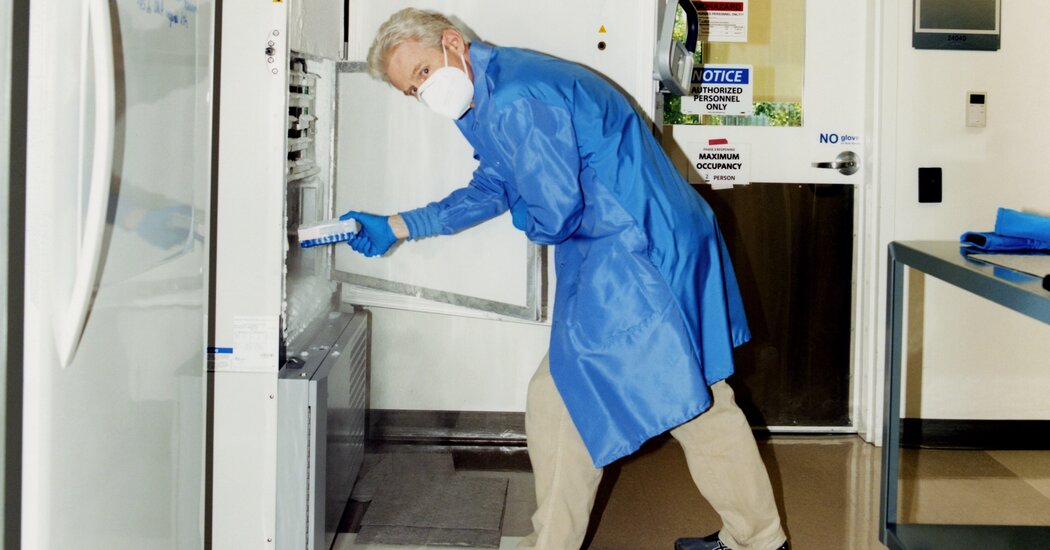 Joe DeRisi invented a way to find pathogens that scientists didn’t even know to look for. Can it help prevent the next pandemic?

Joe DeRisi, creator of IDseq, at the Chan Zuckerberg Biohub in San Francisco.Credit…Carlos Chavarría for The New York Times

Joe DeRisi remembers very clearly when his obsession with mystery diseases began. As a teenager in the 1980s, growing up outside Sacramento, he was riveted by news reports about the AIDS epidemic, which in its early years was spreading around the world and killing thousands of people while scientists struggled to establish the cause. “I mean, what is it?” DeRisi says. “Is it a virus? Nobody knew! That whole concept, that we could have an epidemic or pandemic but couldn’t figure out what was behind it — that stuck with me my whole life.”

Today DeRisi is a professor of biochemistry who studies infectious diseases at the University of California, San Francisco, and co-president of the Chan Zuckerberg Biohub, a research institute in the city’s Mission Bay neighborhood. Lean and white-haired at 51, he tends to talk in rapid bursts, sometimes inflected with a California-stoner vibe. When I met him at the Biohub in May, he, like many geneticists, had just come off a harried year of working on Covid-19, during which he transformed his lab into a facility that could process more than 2,600 rapid tests a day. “Things have definitely calmed down,” DeRisi said, as he led me inside the Biohub. “It was pretty intense for a while there.”

As we made a lightning tour of the lab, DeRisi waved his hand at a series of expensive genetic sequencers, including one the size of a refrigerator. “Boring gray boxes,” he announced, before moving on. On a table near the back was a much smaller unit, plain white and roughly the size of a milk crate, with a simple touch-screen. Not long after becoming president of the Biohub in 2016, DeRisi started a project designed to spot unfamiliar diseases well before they would normally be detected. The white box, when connected to an elaborate analysis system DeRisi had designed, allowed researchers from around the world to piece together all the different DNA or RNA recovered from just about any sample — throat swabs, blood draws or other material — and scan it for unidentified pathogens.

The medical word for such diseases is “idiopathic”: conditions whose symptoms can be described but that have no known cause. Before germs were understood, most illnesses were idiopathic by definition, including the Black Death, which we now know was caused by a bacterium (Yersinia pestis) but which doctors at the time hypothesized might be caused by staring at someone who was ill, the alignment of the planets, bad smells or wearing pointed shoes. What’s startling is how many mystery infections still exist today. More than a third of acute respiratory illnesses are idiopathic; the same is true for up to 40 percent of gastrointestinal disorders and more than half the cases of encephalitis (swelling of the brain). Up to 20 percent of cancers and a substantial portion of autoimmune diseases, including multiple sclerosis and rheumatoid arthritis, are thought to have viral triggers, but a vast majority of those have yet to be identified.

Globally, the numbers can be even worse, and the stakes often higher. “Say a person comes into the hospital in Sierra Leone with a fever and flulike symptoms,” DeRisi says. “After a few days, or a week, they die. What caused that illness? Most of the time, we never find out. Because if the cause isn’t something that we can culture and test for” — like hepatitis, or strep throat — “it basically just stays a mystery.”

While the cause of Covid-19 was quickly identified as a coronavirus, DeRisi notes, that won’t necessarily be the case with whatever germ creates the next pandemic. And past strategies for detecting potentially dangerous viruses haven’t always been very systematic. “Different prevention projects in the past have just sort of picked up random roadkill on the side of the road and looked for viruses in it,” DeRisi told me. “Or they’ll look for all the viruses in bats.” While there’s a place for that sort of sampling, DeRisi said, it’s hard to know which of the many organisms discovered actually poses a risk. “Like, we have a project that’s examining the slurry in swine farms,” he went on. “And we’ve identified at least 200 novel viruses so far. Which is great! But we have no idea which of those, if any, have the ability to jump into humans — or how bad it would be if they did.”

It would be better, DeRisi says, to watch for rare cases of mystery illnesses in people, which often exist well before a pathogen gains traction and is able to spread. Based on a retrospective analysis of blood samples, scientists now know that H.I.V. emerged nearly a dozen times over a century, starting in the 1920s, before it went global. Zika was a relatively harmless illness before a single mutation, in 2013, gave the virus the ability to enter and damage brain cells. Cristina Tato, an immunologist who runs the Biohub’s Rapid Response Team, points out that months before Zika exploded in Brazil, causing developmental issues and microcephaly in infants, researchers in the South Pacific noticed an increase in neurological symptoms, a missed clue that Zika was changing.

“With pathogens, we’re much better at watching for things that we already know are out there,” DeRisi said. “Ebola, we know. Zika, we know. The beauty of this approach” — running blood samples from people hospitalized all over the world through his system, known as IDseq — “is that it works even for things that we’ve never seen before, or things that we might think we’ve seen but which are actually something new.” 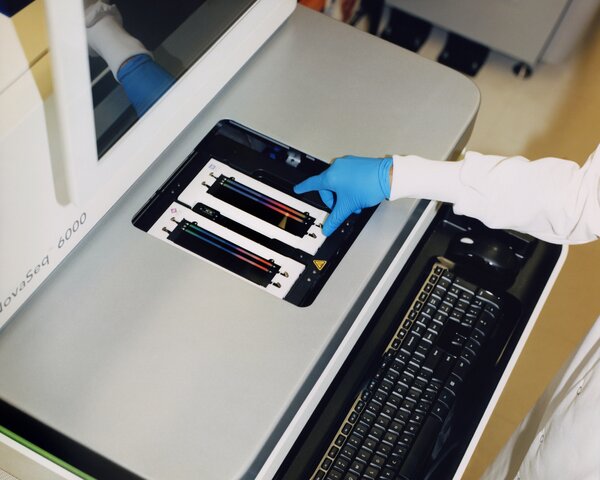 Traditionally, the way that scientists have identified organisms in a sample is to culture them: Isolate a particular bacterium (or virus or parasite or fungus); grow it in a petri dish; and then examine the result under a microscope, or use genomic sequencing, to understand just what it is. But because less than 2 percent of bacteria — and even fewer viruses — can be grown in a lab, the process often reveals only a tiny fraction of what’s actually there. It’s a bit like planting 100 different kinds of seeds that you found in an old jar. One or two of those will germinate and produce a plant, but there’s no way to know what the rest might have grown into.

And because different types of bacteria require specific conditions in order to grow, you also need some idea of what you’re looking for in order to find it. The same is true of genomic sequencing, which relies on “primers” designed to match different combinations of nucleotides (the building blocks of DNA and RNA). Even looking at a slide under a microscope requires staining, which makes organisms easier to see — but the stains used to identify bacteria and parasites, for instance, aren’t the same.

M&S Cafés are offering kids free meals – but be quick