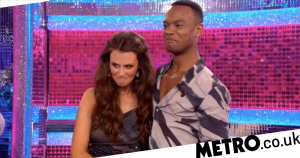 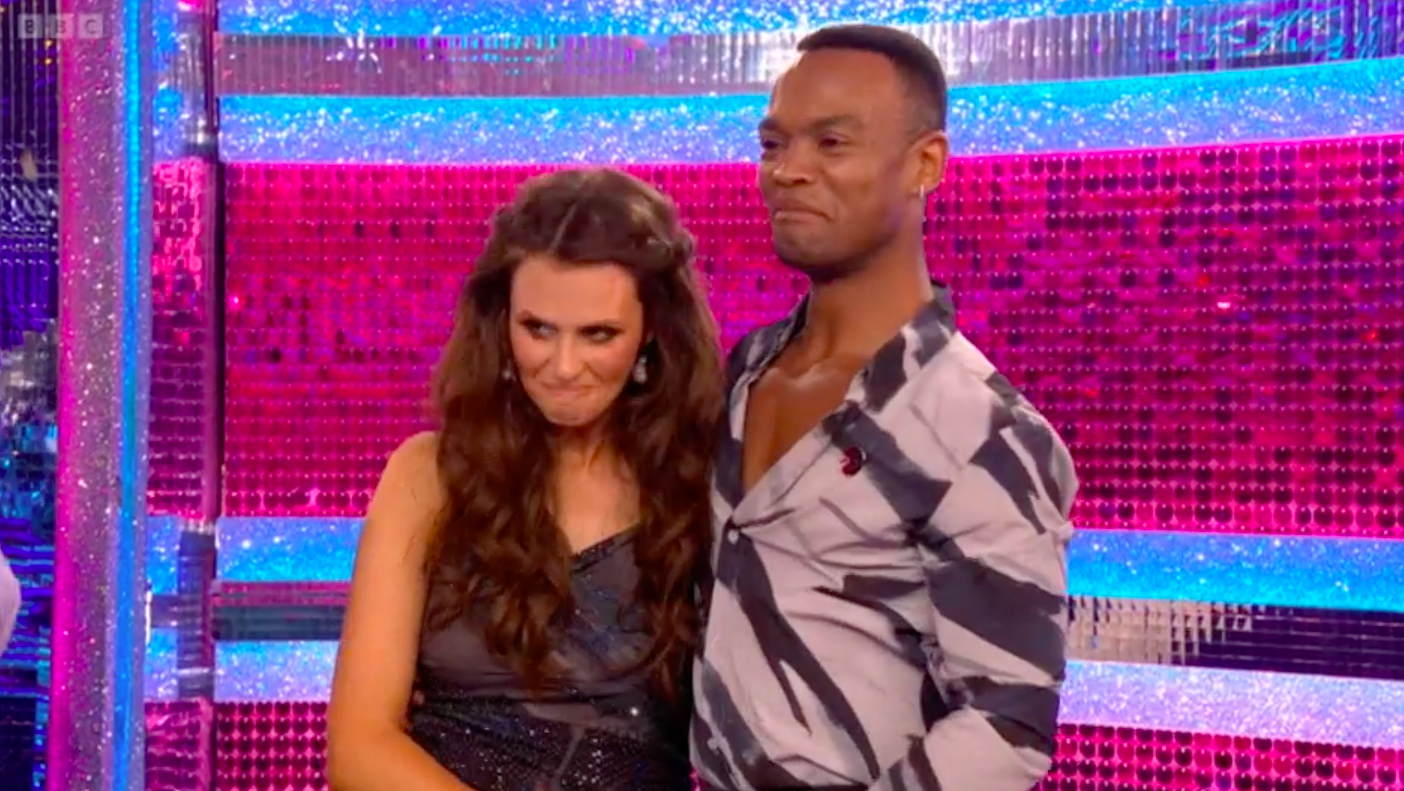 Ellie Taylor and Johannes Radebe delivered a dramatic rumba to Alone by Heart as they took to the Strictly Come Dancing dancefloor this weekend but, sadly, it wasn’t to the judges’ taste.

The Ted Lasso actress admitted she had found getting into the emotion of the dance difficult, and the pair secured a score of 22 overall by the judges.

Resident Mr Nasty Craig Revel Horwood said: ‘I felt it was a little bit stiff, actually, and it felt like you were just walking around.

‘There was actually no resistance and any sort of hip action and that’s what we’re looking for mainly in this dance, and therefore it lacked passion, I’m afraid.’

Shirley Ballas noted it was one of the most difficult dances, but agreed that it lacked ‘fluidity and flexibility,’ which she feels are essential to a Rumba.

Speaking with host Claudia Winkleman after her performance, the comedian – who came joint top of the leaderboard last week – became emotional and was keen to apologise to her pro partner.

‘I think every other dance that we’ve done has been quite playful, and the rumba is so different and the most emotional and serious dance to do, so I’ve really tried to lean into it, but I’ve found it really hard to take myself seriously as a dancer,’ she began.

‘I’m just so sorry that they didn’t like it,’ Ellie told Johannes, but he was having none of it.

The South African choreographer embraced his celeb and hugged her tightly.

As a result, the Ellie Taylor Defence Squad came out in full force, with plenty branding the marking ‘disgraceful.’

At the other end was Hamza Yassin with a mega score of 38, while Helen Skelton and Kym Marsh also pulled out all the stops to earn 37 points each.

Strictly Come Dancing airs Saturday and Sunday on BBC One.

Scorpio weekly horoscope: What your star sign has in store for November 6 – November 12 | The Sun
Entertainment