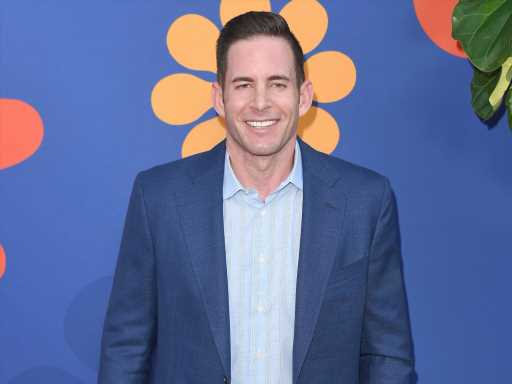 There seems to be a bit of flipping out on the Flip or Flop set. Back in July, rumors swirled that tensions were high between exes Tarek El Moussa and Christina Haack while filming after El Moussa allegedly berated and freaked out on his ex wife when she signaled to him that it was time to return to filming. Those in the vicinity caught the exchange on video and it quickly spread to news outlets, something El Moussa is reportedly now trying to make sure never happens again.

In wake of the leaked on-set footage, El Moussa and his team have reportedly demanded, per TMZ, that any cast members present on the day of the leaked fight be cut from the crew and not be staffed on his upcoming spinoff Flipping 101. Another source has claimed that El Moussa’s real interest is in making sure crew members don’t leak details of his upcoming wedding to Selling Sunset star Heather Rae Young — but according to either report, the reality star is officially concerned about on-set information making its way to the public.

While reports vary on what actually caused the verbal altercation between El Moussa and Haack on set, the comments reportedly made by the Flip or Flop co-host — including calling Haack a “washed-up loser” — sound harsh beyond belief. We’re not surprised El Moussa was unhappy with the reports that followed, but we hope that ensuring a safe and comfortable set for Haack is just as much of a priority for HGTV as shutting down any future leaks.

Before you go, click here to see celebrities who got engaged lightning-fast.

Alan Heller, Who Made Plastic Housewares Beautiful, Dies at 81
Entertainment