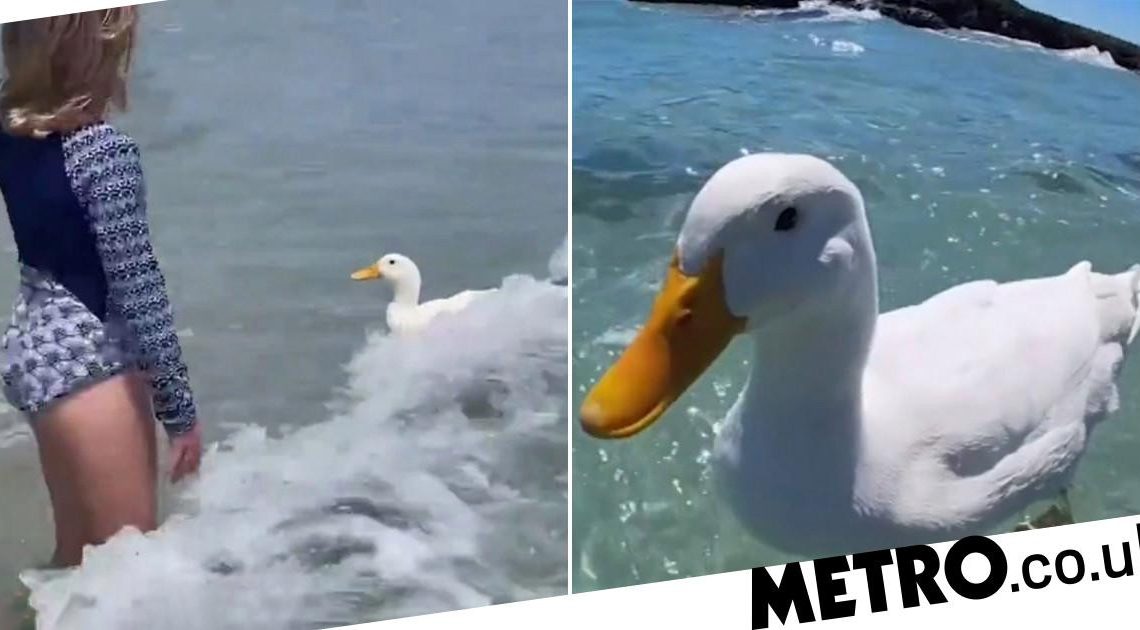 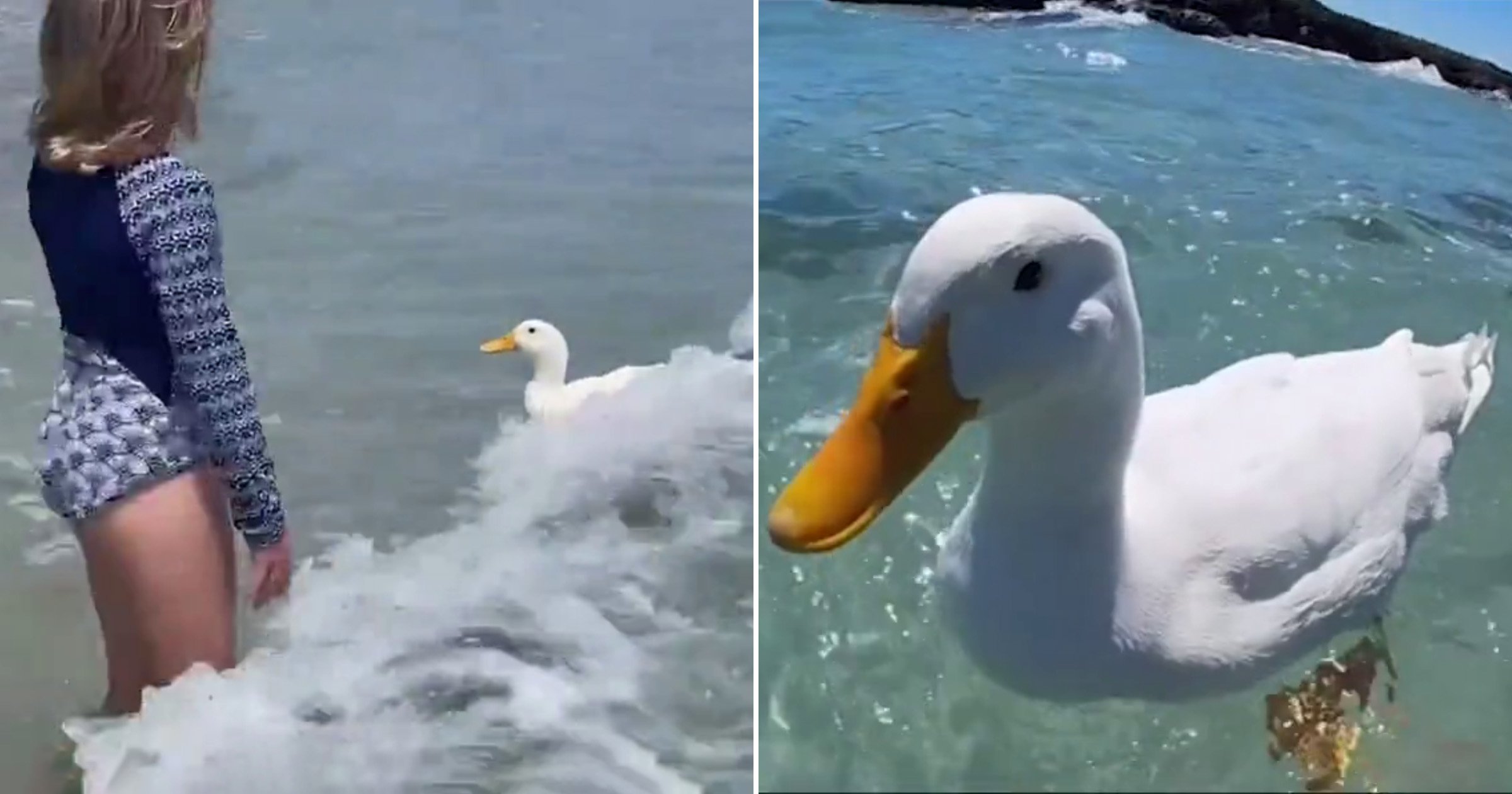 The adventurous bird has worked out that it can catch waves and make its way into the beach without having to paddle.

Eight month old Duck (that is his name) has become a popular sight on Rainbow Bay on the Gold Coast since his family adopted him when he was just a few hours old.

Owner Kate Miller told the BBC: ‘I would be confident in saying he is the only duck like it in the world.

‘We just had him come along to the beach with us. We’d catch a wave and he’d just follow us and realised it was fun.’

Her son Tom Thomson added: ‘When he gets tired he jumps onto people’s boards.

‘He could spend up to two hours out there.

‘He makes everybody happy within like a 10 metre radius.’

Duck hasn’t had his feathers cut so would be able to fly away – but chooses to stick around and hang ten (at least, as much as that is possible with webbed feet).

If you’re ever lucky enough to be down at Rainbow Bay, watch out for a blur of white feathers and an orange beak.

Get in touch with our news team by emailing us at webnews@metro.co.uk.