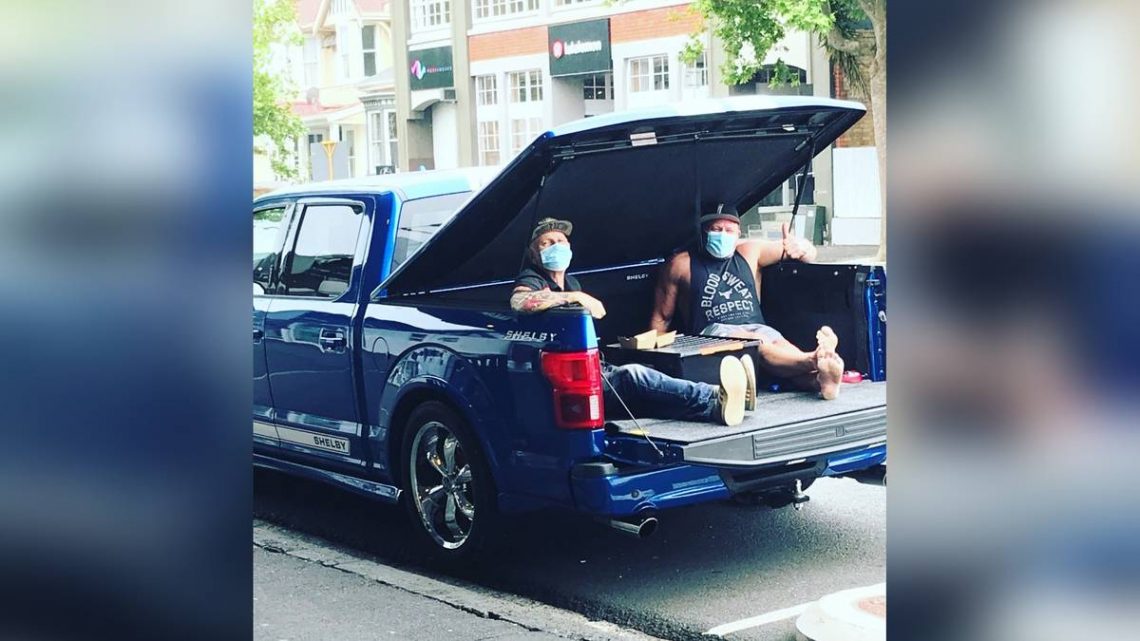 1. The ancient Egyptians developed the first recorded early pregnancy test, whereby a woman would urinate on a bag of wheat or barley and, if the bag started sprouting, it indicated a pregnancy. In 1963, researchers measured the test as being 70 per cent accurate.

2. The lyrics at the end of Sweet Child of Mine were literal. Axl Rose and his music producer were discussing what to do with the end of the song and Rose started saying to himself “Where do we go? Where do we go now?” The producer suggested singing that and that’s how it made it in the song.

3. In 1950 airlines in the US didn’t serve alcohol when flying over dry states – which seems like a bit of an over-reaction.

The residents of Carson, California have been protesting to their local council about a pervasive noxious odour that’s been making people sick for weeks. Yesterday it was finally declared a local emergency and the mayor is seeking state funds to pay for hotel rooms and air filters. From the Los Angeles Times: “But for many city residents, who have complained of headaches, nausea and other ailments, that was too little, too late. The odour, which has been likened to rotten eggs, vomit, farts or body odour, is emanating from the Dominguez Channel, where decaying vegetation and marine life has built up, partly because of the drought, creating noxious hydrogen sulphide gas.”

Kindness is an action

“I was living in Europe working as an au pair and came home for Christmas,” shares a reader. “When my mum took me back to the airport after the holidays, we had a looong hug. The security guard in charge of keeping people moving through the drop-off zone left us alone for a while, then finally came up and with so much kindness and gentleness in his voice said: ‘Gotta let her go, Mum’. That was almost 15 years ago, and my mom and I say it to each other when we have trouble saying goodbye.”

Outdated phrases we should bring back

1. A reader writes: “When we were kids, my dad would often tell my sister and I off for mucking around when doing the dishes – ‘dry them properly, don’t just frighten them with the tea towel’.”

2. Mary offers sayings from her late Irish mammy, Bernie: “I’m so hungry I could eat a child’s arse through a cane bottomed chair”.And – “she’d steal the matter out of your eye. And come back for the lashes.”

3. “My mother used to use the expression ‘come on, you’re as slow as a wet week’,” writes a reader. “Took me years to figure it out and now in mature years I fully understand sitting in lockdown during a wet week. They surely drag along.”

Sounds too good to be true?

Sideswipe recently reported that Henry Heimlich demonstrated his signature manoeuvre and only got to use it in an actual emergency when he was 96 when he saved a woman in his nursing home from choking on a burger. The story went viral in mid-2016, but his son Peter M. Heimlich believes it’s false: “The 2016 story was packaged as a tie-in to the upcoming June 1 ‘National Heimlich Manoeuvre Day’ by a public relations company representing the corporate parent of the Cincinnati, Ohio, nursing home where my father was living. The PR company handed the package (which mostly consisted of video interviews they had conducted) to the Cincinnati Enquirer. For obvious reasons, the story took off and turned up in scores of media outlets. Among other problems, per a video interview at the time, my dad was extremely frail and could barely get his arms around the woman he purportedly rescued.” Peter adds that after the story went viral, he informed reporters that from 2001-2006 his father had told at least four reporters that he had saved the life of a choking victim at a Cincinnati, Ohio, restaurant in 2001. “My outreach resulted in numerous published corrections to the 2016 story. My opinion? Both ‘rescues’ were bogus.”

Rush to ritzy rentals as borders reopen across Australia
Entertainment