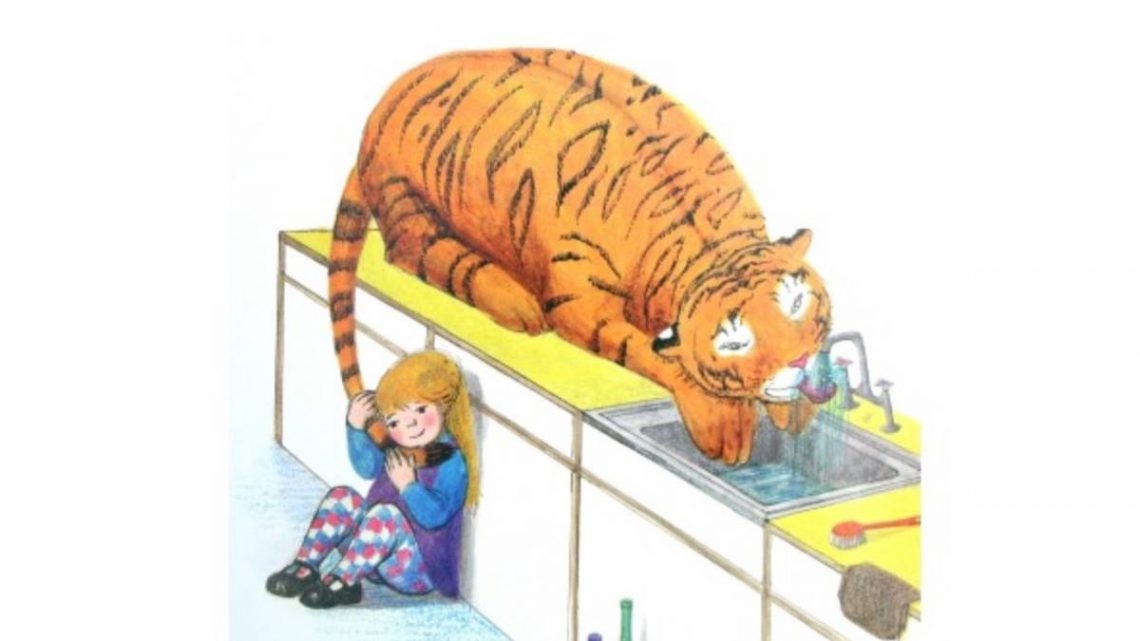 A much-loved picture book from 1968 has been singled out as being harmful for reinforcing gender stereotypes. According to Rachel Adamson, co-director of Scottish charity Zero Tolerance, boys who read “harmful” children’s stories like The Tiger Who Came to Tea are more likely to grow up with an appetite for violence against women.

While Adamson did not call for the book to be banned, she did say it could be used to “raise a conversation” in daycares. Judith Kerr’s The Tiger Who Came To Tea tells the story of an uninvited tiger who gatecrashes a young girl and her mother having afternoon tea, eating all the food in the house. Sure there’s a stay-at-home mum and the dad comes in and saves the day and the story does refer to “dad’s beers”, but it’s hardly misogyny. As an adult you can see the context of when it was written, but the preschooler being read to is oblivious — all they see is a tiger sitting at a table scoffing loads of food and drinking all the water in the tap and wishing the tiger would come to visit them next.

“My tooth fell out when I was a playing. I didn’t have pockets but I wanted the money from the tooth fairy. So I stored the tooth in my ear. I forgot about the tooth. Get ear aches and go see the doctor. He pulls a tooth out and then I remembered about the money owed to me.”

Is the Middle East is becoming uninhabitable?

“In June, Kuwait recorded a temperature of 53.2 degrees Celsius, while Oman, the United Arab Emirates, and Saudi Arabia all recorded over 50C. A month later, temperatures in Iraq spiked to 51.5C, and Iran recorded a close 51C. Worst of all, this is just the start of a trend. The Middle East is warming at twice the global average,” Middle East expert Jos Lelieveld said. “If nothing changes, cities may experience temperatures of 60C in the future, which will be dangerous for those who do not have access to air conditioning.” (Read more here https://foreignpolicy.com/2021/08/24/the-middle-east-is-becoming-literally-uninhabitable/)

“My paramedic son said he knows when his N95 fits well. He can’t smell his poo. This could be a urea(ka) moment for new mums and dads who have just weaned their children. It also reminded me of seeing trampers dry retching as they enter tramping loos myself included. It beats the old nose peg, holding one’s breath or mouth breathing. I know it’s too much info but something good coming from Covid is worth celebrating!”