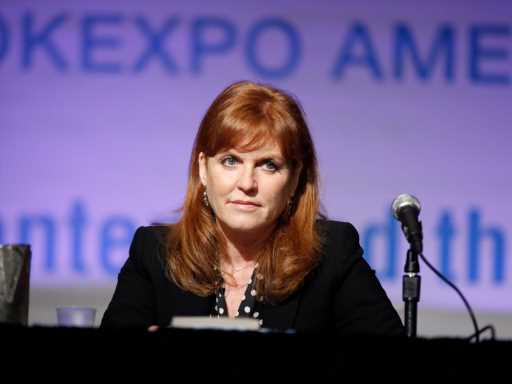 A member of the royal family was on the defense after new photos surfaced that painted a rather unbecoming portrait of one of The Firm’s members. Princess Eugenie’s husband, Jack Brooksbank, was recently photographed on a boat with a number of models in bikinis (and one who was topless), while Eugenie was back in the United Kingdom with the couple’s five-month-old son, August. But Eugenie’s mom, Sarah Ferguson — no stranger to scandalous photos herself — was ready to defend her son-in-law and laid out the context of the photos, slamming the publication that released them. 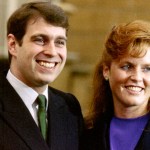 Ferguson explained that her son-in-law was “doing his job” as ambassador for Casamigos during his trip to Capri, Italy, and she had nothing but good things to say about his character.

“Jack … is a man of such integrity. He’s just one of my most favorite people. I call him James Bond actually,” Ferguson shared with BBC One’s The One Show during its Monday episode.

“He’s just a superhero in my book, and he’s a great father, a fabulous husband, and he’s never at front of house. He always likes to be at the back.” But Ferguson’s statement didn’t end with her son-in-law’s character. She even went on to call out Daily Mail for releasing the photos, saying, “for them to make this story is completely fabricated.”

“He works as an ambassador for Casamigos, and he was on doing his job, and so, I think it’s really important that we clarify that for Jack’s sake,” she concluded.

Among those in attendance on Brooksbank’s boat outing, which reportedly took place on Friday: models Erica Pelosini and Maria Buccellati, along with Casamigos global director Rachel Zalis. Brooksbank’s trip to Italy comes just five months after the first-time father welcomed son August with Princess Eugenie. Based on her Instagram account, Eugenie’s little family seems incredibly close, and mom Sarah Ferguson clearly has a soft spot for her son-in-law. After her impassioned defense, royal fans are surely eager to see if Brooksbank has anything to say about the photos himself, or if the former Duchess of York’s words were enough.

Before you go, click here to see the 100 best photos of the royal family from the past 20 years.