Home » Entertainment » Review: In One Last ‘Deadwood,’ the Future Prevails and the Past Endures Review: In One Last ‘Deadwood,’ the Future Prevails and the Past Endures

Early in “Deadwood: The Movie,” Alma Ellsworth (Molly Parker) lays eyes on Sheriff Seth Bullock (Timothy Olyphant) — her former lover, now settled with his wife (Anna Gunn) and children — for the first time in a decade. Seeing him again, she says, her voice tremulous, is “as a dream might come alive to draw breath.”

There is indeed something dreamlike, otherworldly, about seeing “Deadwood” return, after 13 years, with the long-rumored, oft-doubted completion of a story that was cruelly interrupted after three seasons. You want to reach out and palpate its wounds, that you might believe.

But believe it. This briefly resurrected wonder, which airs on HBO Friday, looks like “Deadwood,” if grayer and touched by time. It sounds like “Deadwood,” the profane poetry and syntactic baroqueness of David Milch’s prose preserved as if in 100-proof whiskey.

Lord, it is “Deadwood”; not just a nostalgic exercise but a fair shorthand of what might have transpired in a fourth season. It can’t, in its abbreviated run, recreate the series’s full glory, but it does offer that glory a wistful toast.

It’s not entirely necessary, but it’s wholly welcome. The dream stands before you, gutter-splashed and expletive-deleted lovely.

Where had we been, before last we slumbered? The original “Deadwood,” which ran from 2004 to 2006, was in the mold of HBO dramas that took a pulp genre, stripped off the gloss and applied a heavy coat of human stain.

Unlike “The Sopranos,” “Deadwood” did not modernize its old-movie types. Just the opposite: Milch created idiosyncratic, quasi-Shakespearean dialogue (and monologues) that combined the diction of a print culture with the dirty funk of the frontier. It was productively alienating — subtitles help — in a way that imagined a world: language as landscape. 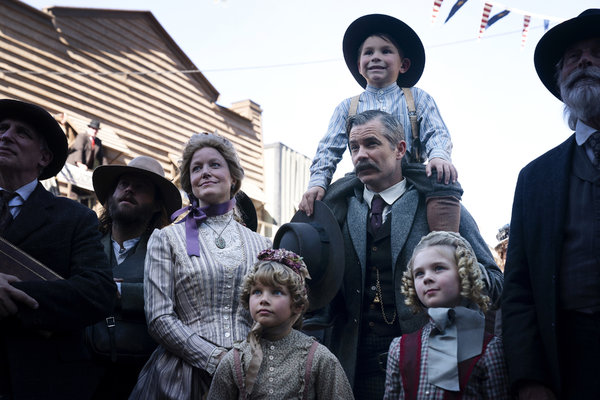 There were ample Western types in the vast ensemble: Trixie (Paula Malcomson), the onetime prostitute with a seething temper; Sol Star (John Hawkes), her paramour and Bullock’s business partner; wretched E.B. Farnum (William Sanderson), the hotelier; Joanie Stubbs (Kim Dickens), the melancholic madam; Calamity Jane (Robin Weigert), the Western legend and Joanie’s lover. Most of the characters not killed on the journey reassemble for the movie.

Looming over all was the saloonkeeper and man-about-crime Al Swearengen (Ian McShane), a curiosity among HBO antiheroes in that he served both as villain and a kind of order-keeping pragmatic figure in the gold-mining camp.

The series’s theme was how a settlement full of disorderly reprobates, exiles and rejects builds a society. Over the series, the balance of power shifted, threatened by the larger world’s impulse to organize, consolidate, tame and monetize, which culminates, at the outset of “Deadwood: The Movie,” in the 1889 statehood celebration for South Dakota.

I am assuming here that you’ve seen the original series. If you haven’t, I compel you to. It’s aged well, maybe because it was so sui generis to begin with, and the movie will still be there when you’re ready. (The movie does include the occasional refresher flashback, a device that broke the moment for me and won’t do much to orient the non-viewer anyway.)

If you have seen the series and plan a rewatch — or at least a refresher Wikipedia visit — I’d focus on Season 3. Its bloody events figure most prominently here, in the person of George Hearst (Gerald McRaney), the mining magnate, now a U.S. senator from California, who’s in town to address the statehood festivities and add to his holdings.

“Deadwood,” like “Westworld,” is an HBO Western set in the future. Its future just happens to be industrial-age America, and as the movie makes clear, the future has won. A train now stops at Deadwood. The wooden buildings have been replaced by brick and stone (a change precipitated in real life by a massive fire).

And Hearst — the relentless, mechanical face of the market, more brutal than any outlaw band for being organized and dispassionate — is running telephone lines across the wilds. Al, who once bemoaned the disruptive “imponderables” brought by the telegraph, sees the phone as an abomination. “A saloon is a sanctuary,” he says. “Any man worth the name knows the value of being unreachable.”

But the old ways are passing, symbolized by the physical decrepitude of Al, whom McShane plays magisterially as a lion in very late December. His liver, ridden hard for decades, is rebelling, and his irascible doctor (Brad Dourif) orders him to quit drinking or endanger his life. If you know “Deadwood,” you know it is no spoiler that Al chooses the latter.

The plot, such as it is, emerges almost halfway into the movie, with a murder whose consequences are, fittingly, never entirely resolved. But plot is less the concern of the movie, efficiently directed by Daniel Minahan, than sending off a phenomenal cast — some of whom, like Parker, get less attention than others.

There is, as in the recent “Twin Peaks” revival, something uncanny about seeing so many characters return, weathered but in essentially the same circumstances; you’d think, over a decade, that more people would have come and gone. (The few additions include a newly arrived young prostitute, played by Jade Pettyjohn, who serves mainly as a looking-glass for characters to see their younger selves.)

But then you see Olyphant’s Bullock, a push broom mustache not hiding his volcanic lawman’s choler; you see Weigert’s Jane, expansive in her booze-pickled regret; you see Dayton Callie, who manages to stand out among a cast of standouts in his final scenes as the earthy, philosophical Charlie Utter; and muscle memory kicks in. It is, as Charlie says, “like somebody snapped their fingers.”

Watching “Deadwood: The Movie” is like looking at a 19th-century photograph of a wizened historical figure whose heyday was before the invention of photography. It is not the picture we might have gotten in 2007, with one final, full season of “Deadwood” in its prime.

But it is the “Deadwood” we can get now, and in a way it’s all the more affecting for its willingness to confront the time that cannot be recovered. That, in a way, is the film’s subject (made the more poignant by Milch’s diagnosis of Alzheimer’s). “The future awaits,” Hearst says, in a moment of impatience. “Stall progress ye may. Stop it, ye cannot.”

All true. And yet, “Deadwood: The Movie” shows no one, even a titan blessed with a mountain of gold and backed with the terrible might of the U.S. government, can take your memories. 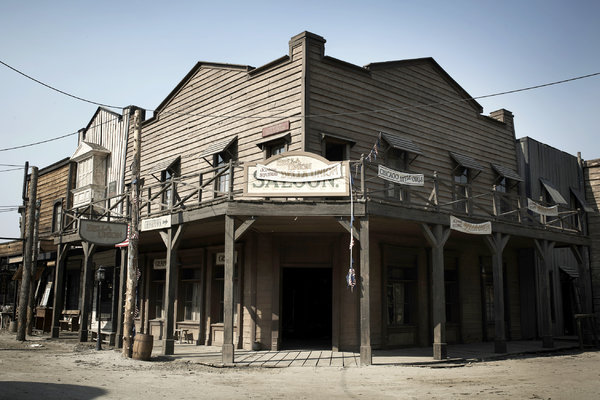 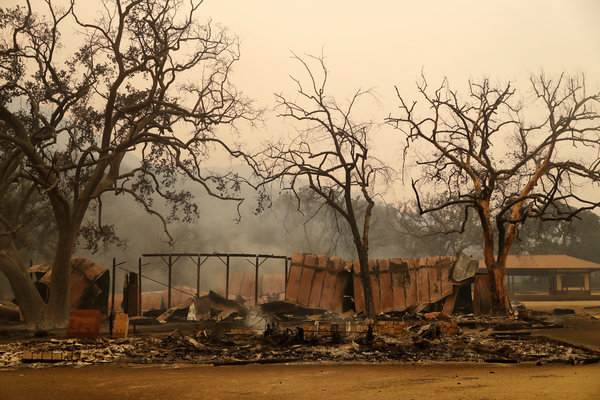 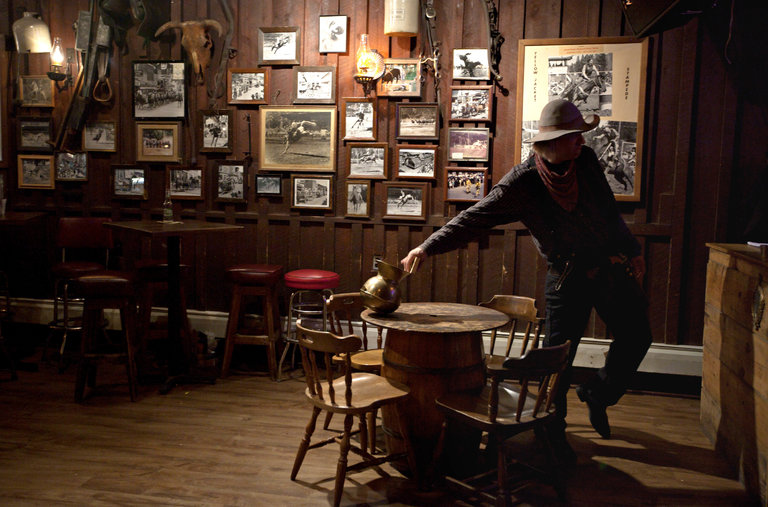 James Poniewozik is the chief television critic. He writes reviews and essays with an emphasis on television as it reflects a changing culture and politics. He previously spent 16 years with Time magazine as a columnist and critic. @poniewozik

Lamar Odom Still Hopes to Have a Relationship With Khloé Kardashian