Home » Entertainment » Review: In Central Park, a ‘Much Ado’ About Something Big Review: In Central Park, a ‘Much Ado’ About Something Big

“I think this is your daughter,” says one man to another, indicating a young woman he hasn’t met.

“Her mother hath many times told me so,” the second man retorts.

Just as it must have in London in 1599, the line gets a big laugh in Central Park, where the Public Theater’s production of “Much Ado About Nothing” opened at the Delacorte Theater on Tuesday.

But surely that laugh rings differently today than it did 420 years ago, or even just one. What for centuries was merely mild ribaldry now touches hot-button issues: the question of women’s sexual self-rule and the problem of male paranoia passed off as pleasantry.

That’s a change this delicious, admirably clear production, directed by Kenny Leon, acknowledges and builds on as it gently but firmly escorts the great comedy into a #MeToo, Black Lives Matter world.

The #MeToo aspect is inevitable in a play about varieties of attraction and ownership. After all, the central plot is set in motion when that young woman, Hero, having become engaged to marry the soldier Claudio, finds herself the victim of a smear campaign impugning her virginity. Claudio viciously renounces her, hardly having troubled to investigate the claim. So does her father.

And in the subplot, which dominates the other with the dazzle of its dialogue, the witty Beatrice and Benedick argue the terms of their intimacy despite having forsworn marriage and especially each other. Their love looks so like mistrust, even to themselves, that their friends must trick them into acknowledging the truth.

Before the two couples can come together as they must in a comedy, Shakespeare requires them to discover a better balance of power than the one society seems to offer. And as played by two smartly contrasting pairs of actors — Danielle Brooks as Beatrice and Grantham Coleman as Benedick; Margaret Odette as Hero and Jeremie Harris as Claudio — that balance seems both complicated and hard-earned.

If you know Ms. Brooks from six seasons of “Orange Is the New Black” (or from her marvelous turn as Sofia in the 2015 revival of “The Color Purple”) and Mr. Coleman from previous Public productions like “Buzzer,” you will understand at once how Mr. Leon brings race into the picture. They and the rest of the cast are black — and not in a colorblind-casting way, which would suggest they were pretending to be white.

Rather, the actors play specifically black characters, drawing on their own resources of emotion and style to make those characters rich. Yes, there are interpolations of jive, hip-hop and the occasional “okurr!” in a production that has the loose-limbed feeling of a ’70s variety show. (The music is by Jason Michael Webb and the dances are by Camille A. Brown.) But sticklers for historical plausibility are just going to have to get over that, because the result is a convincing and thoroughly enjoyable reframing for our time.

Or at least for a time not far hence. The production is set in 2020, on the eve of an election in which, as some prominent banners on Beowulf Boritt’s set suggest, Stacey Abrams is running for president. (Ms. Abrams, the Democratic candidate for governor of Georgia in 2018, was herself in the audience on Friday evening.) At a manse in what appears to be an upper class black suburb of Atlanta, Hero’s father, Leonato (Chuck Cooper), is hosting a regiment of soldiers lately returned from victory at war; they ride onstage in a real S.U.V.

But what kind of soldiers, and what kind of war? The placards the men (and women) carry when marching in formation suggest they are not returning from literal battle: “Now More Than Ever We Must Love,” “I Am a Person.” Are they civil rights warriors? Pride paraders? Election guards defending the integrity of the vote?

Shakespeare didn’t specify, nor does Mr. Leon, but you quickly understand that, beneath the comedy, this production reflects a world in which domestic violence is more of a threat than the foreign kind. Not for nothing does it begin with Beatrice on a parapet singing the 1971 Marvin Gaye hit “What’s Going On.” And when this merges into a mash-up with “America the Beautiful,” sung seriously by the serving ladies Ursula and Margaret, we begin to sense how patriotism and despair are going to make love very difficult.

But mostly it is the credulousness of men that does so. Mr. Coleman hilariously demonstrates the popinjay self-regard just waiting to crack Benedick’s sangfroid. (He’s a toxic bro with bleached blond hair.) What Mr. Harris’s mild Claudio is hiding is scarier: the violence of male vanity injured.

Both men have been played upon by gossip, deception, fake news. That oversupply of unreliable words, clotting the discourse, feels awfully familiar, even if today most of them come at us electronically. So denatured is Benedick by his habit of disguising his true feelings behind banter that he cannot bring himself to say the word “marriage” even as he finally offers it; Mr. Coleman stutters, swallows and eventually manages to eke it out in a pathetic whisper.

The women speak clearly, though: fighting back, setting boundaries. Ms. Brooks makes Beatrice’s ornate resistance seem completely commensurate with the threat; why should she volunteer to blunt herself in a marriage that exists only on someone else’s terms?

Indeed, she is so powerful that, for a while, I worried whether Mr. Leon could bring about a convincing happy ending to the courtship; what Shakespeare calls a “merry war” can look awfully menacing to modern eyes. Still, he does it, in a way that is shocking and, in retrospect, inevitable.

That’s what’s so successful about this fresh version of one of Shakespeare’s most popular plays: Its politics, though unmistakable, cloud neither the romance nor the comedy. I don’t mean the Keystone Kops antics of the annoying subplot involving the constable Dogberry and his idiotic watchmen. (These scenes have mercifully been trimmed and are dispatched by Lateefah Holder in a sprightly manner.)

But the comedy of negotiation and reconciliation is one we need to experience right now: the kind that can still hold out hope, despite whatever war looms beyond the beautiful trees, for an engaged electorate, a fair vote, swift justice and a marriage of equals. 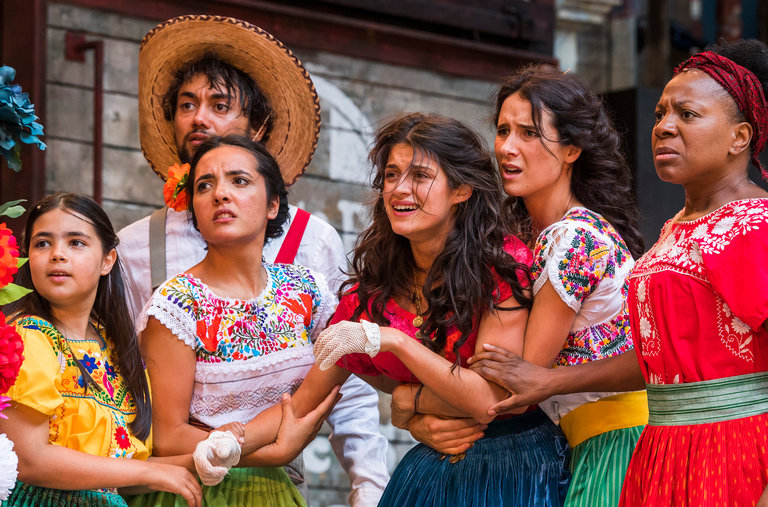 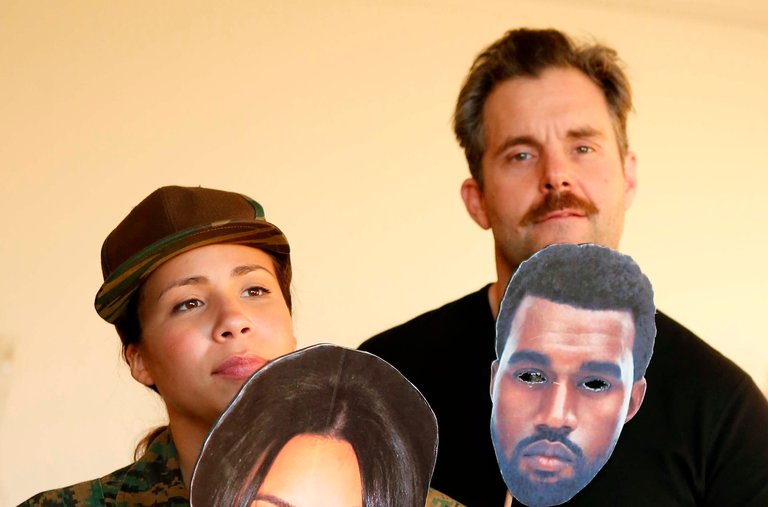 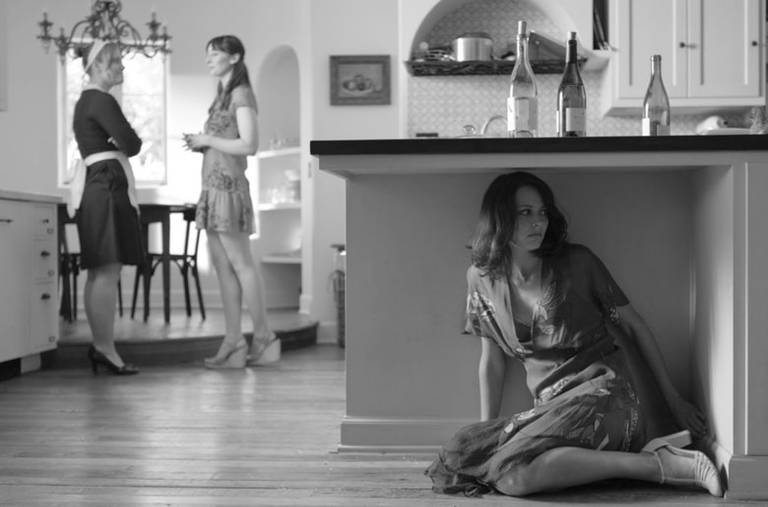 Much Ado About Nothing

Much Ado About Nothing