We hit land fall just east of Toulon (our target a few days ago) and drew their flak. We turned west and went down the coast to our d.p. [drop point]. At one spot we drew heavy flak which was very true. Our plane was hit a few times and once (I thought our number was up) the terrific force of a flak explosion directly under us sent our plane shooting upward. We missed hitting other planes by just a few feet.

My grandfather, Julian Kokenge, wrote these words exactly 75 years ago as he flew with the Army Air Forces’ 485th Bombardment Group, 830th Bomb Squadron over Italy. This entry is from a journal he kept throughout World War II. For years, the small, tattered diary was passed around by his children until I found it in my parents’ home in Ohio.

Kokenge served as a radio operator and waist gunner on a B-24 Liberator heavy bomber during the Second World War from March 1944 until October 1944. After the war, he was a freelance artist, creating commercial advertisements and cover pieces for military magazines. My grandfather died well before I was born, but growing up I learned stories of him from my other family members, his art and now his journal. The small book felt like a window into a man I had only heard about in passing. 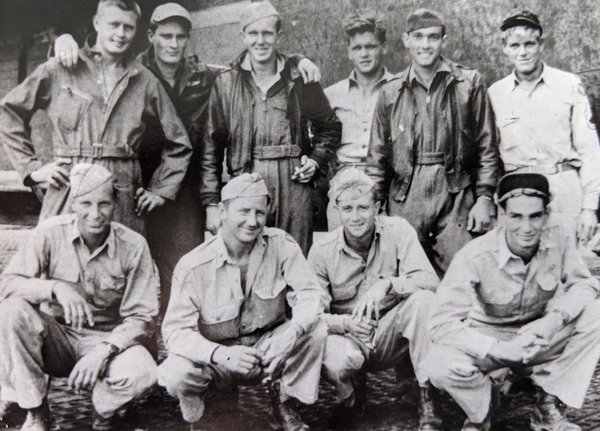 My family said he was open to talking about the war in a political sense — why such sacrifice was needed to stop Hitler and Imperial Japan — but he was private about combat. He rarely shared his experiences with his four children of serving aboard a heavy bomber named the Mizpah.

I served in the Marine infantry and deployed to Afghanistan in 2009 and 2011. My experiences made me want to better understand my grandfather’s service. Before I opened his journal I expected drawings with short entries like the ones I had seen with his art. I did not anticipate finding vivid accounts of his crew’s missions or his humbling examination of the effects of war.

On July 12, 1944, the 485th Bombardment Group took off from their airfield near Venosa, Italy. Its target was a railway station in Nîmes, France. The group hit the same railway six weeks before to stop the flow of supplies before the Allied invasion of Normandy. They were told the station was again being used by the German Army to transport troops and supplies back into France. In this mission, as in many of the missions described in his journal, they encountered heavy resistance.

We sighted 4 ME 109s [German fighters] then and since we had the purple heart corner we kept sure watch. They started in for us on our tail and 6 of our guns opened up on him. He turned, not daring to come in any further at our 50s. Again another 109 came in for our tail. Again we saw our tracers going all around him and into him. He turned out after firing rockets at us. Again another 109 came in for our tail. We filled the flak-filled sky with 50s. It was sure good to hear all our guns firing.

It took a crew of 10 to operate the B-24 Liberator. The groups would fly in close staggered formations, allowing for tight bombing patterns on the ground and overlapping defenses against air threats like the German ME-109 fighter, a fast and nimble staple of the Luftwaffe. On this day, my grandfather’s plane was last in the corner of the formation, making it the most vulnerable to attack. M2 .50-caliber machine guns were mounted in turrets and side (“waist”) positions to fight off the German fighters. In addition to the threats in the air, the German forces used antiaircraft guns, known as flak, which often fired 88-millimeter explosive shells, filling the sky with dangerous shrapnel that tore into the bombers as the planes flew straight and level on their bombing runs.

The target was reached. “Bombs away!” The bombs from our group hit and from the other groups as well. We left a mass of destruction.

According to official records, the 485th Bomb Group dropped 10,550 tons of ordnance on enemy installations over the course of 187 combat missions between 1944 and 1945.

Although my grandfather’s crew survived this mission with no casualties, they would not continue to be so lucky. On Aug. 28, 1944, an 88-millimeter flak shell tore through the right side of their ship, killing their bombardier, Lieutenant Veal. Out of the approximately 2,500 aircrew members in the 485th, at least 475 would lose their lives in combat. Hundreds more would be shot down, many becoming prisoners of war.

My grandfather returned home on Oct. 22, 1944, as American troops battled into the Hürtgen Forest. His war was over, leaving me 74 years to discover it once more.

Rob Imhoff is a guest contributor to the At War newsletter. He is an engineer living in Ohio and a former Marine scout sniper. 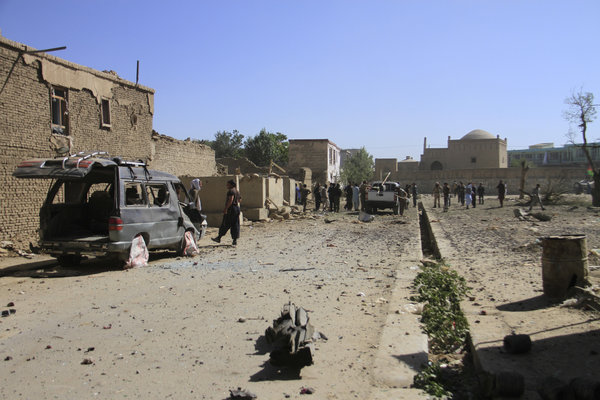 Europe Shut These Migrants Out, Then Libyan Rebels Bombed Them: A Times investigation shows that the migrants and refugees killed by a July 2 airstrike near Tripoli were being detained next to a weapons depot — a prime target in the country’s civil war.

Seeking Revenge, Taliban Target Afghan Soldiers’ Families: In one shocking case, a sergeant sent his wife and son to the wedding of his nephew — a Taliban infiltrator, who killed them.

In South Korea, Gay Soldiers Can Serve. But They Might Be Prosecuted.: Male soldiers who have consensual sex are being charged with committing “indecent acts,” even though the army says it does not discriminate against sexual minorities.

General Calls Rushed Troop Withdrawal From Afghanistan a ‘Strategic Mistake’: Gen. Mark A. Milley’s comments came during his Senate confirmation hearing for chairman of the Joint Chiefs of Staff.

American Commandos Gear Up for New Shadow War With Russia: Even as President Trump courts Russia, Special Operations forces are teaming up with partners on Europe’s eastern flank to counter a mix of subterfuge, cyberattacks and disinformation.

The Vietnam War Was Already Lost, but I Had to Go Anyway: 50 years ago American troops began withdrawing, but tens of thousands were yet to die.

Overlooked No More: Else Ury’s Stories Survived World War II. She Did Not.: Ury’s books about a German girl were so beloved, readers clung to them through the upheaval of World War II and passed them on to their children. But few knew that the author had died at Auschwitz. 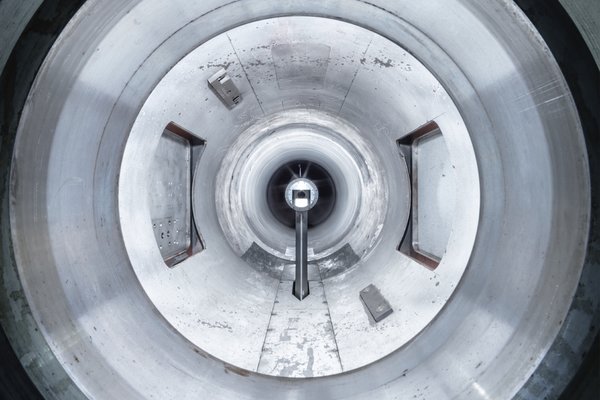 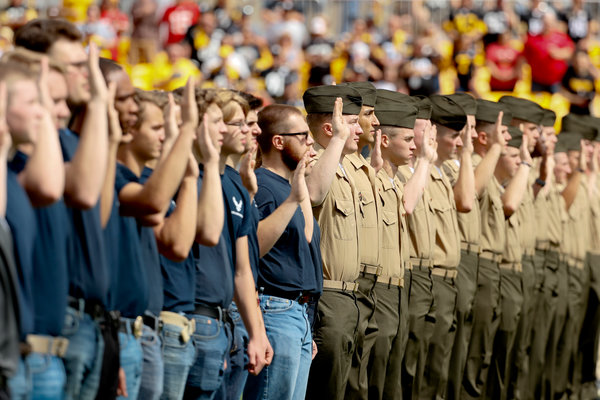 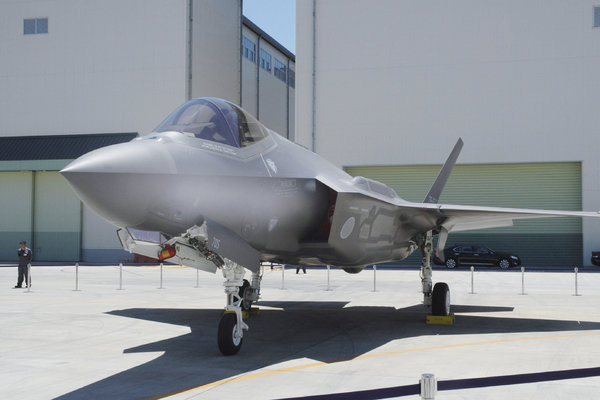