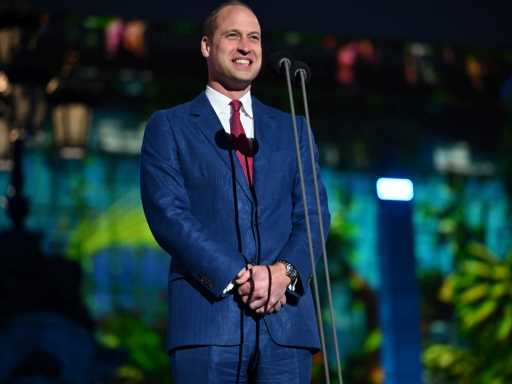 On the night of June 4, for the Queen’s Platinum Jubilee, both Prince William and Prince Charles took the stage to celebrate everything about Queen Elizabeth II. When William took the stage, he combined poise and humor in a touching speech for his legendary grandmother. While discussing his grandmother’s work over the years, specifically on environmental work, he divulged they share at least one quality. He said they both identify as optimists, saying, “But like her, I am an optimist.”

We love that William shares this wonderful quality with this grandmother, a quality many people need during these turbulent times. But he didn’t stop there with his lovely Jubilee speech.

Per People, William started his speech to the Queen with a joke, saying: “Good evening everyone. It’s so wonderful to be here with you on this incredible night. And great to see Buckingham Palace turned into an IMAX screen! While no one’s grandmother thanks them for talking about their age, my own grandmother has been alive for nearly a century.”

“In that time, mankind has benefited from unimaginable technological developments and scientific breakthroughs. And although those breakthroughs have increased our awareness of the impact humans have on our world, our planet has become more fragile,” he added. “Today, in 2022 — as The Queen celebrates her Platinum Jubilee — the pressing need to protect and restore our planet has never been more urgent.”

He ended his speech by saying, “Together, if we harness the very best of humankind, and restore our planet, we will protect it for our children, for our grandchildren and for future generations to come.”

It was a beautiful speech dedicated to both his grandmother and the cause they both hold so dearly. Along with being optimists, they’re both huge environmentalists. Queen Elizabeth II has quietly supported environmental action over the years. At one point, she was caught criticizing the governmental inaction on environmental issues per ABC News.

And it’s no secret that William is all about the environment. One example is that within the past year, William attended the Earthshot Prize Awards to kick off his decade-long environmental competition.

Even as casual British royal family observers, there’s still so much we don’t know about what happens in the House of Windsor. 2022 is poised to be a memorable year for the royal family. But with historic highs come lows and pitfalls. Royal biographer Tina Brown takes readers from the troubling years following Princess Diana’s death, to the rift between Princes William and Harry, the scandals of Prince Andrew, and Queen Elizabeth’s steady resolve through it all in The Palace Papers: Inside the House of Windsor — the Truth and the Turmoil. Brown’s book features new, intimate details about the royal family, and contemplates how the House of Windsor moves into a new era.

'The Palace Papers: Inside the House of Windsor–the Truth and the Turmoil' by Tina Brown