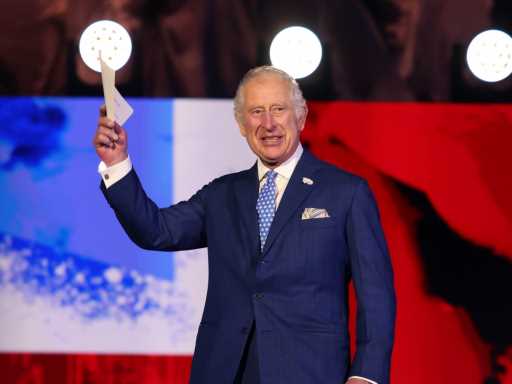 We all know the last few years within the royal family have been ridden with scandal after scandal — from exits to feuds. Yet it’s  Prince Charles’ latest move that should have everyone raising their eyebrows because it could lead to more gossipy chatter in the future. The Prince of Wales and Camilla, Duchess of Cornwall hired a former tabloid deputy editor to be their new communications secretary.

It’s not just any U.K. tabloid either, it’s the Daily Mail —  you know, the publication that Prince Harry and Meghan Markle sued (and won) lawsuits for libel and invasion of privacy. It almost feels like Charles is willingly bringing the enemy into the fold as Tobyn Andreae begins his job in the coming months. Of course, the Daily Mail is rarely critical of the Prince of Wales, it’s Harry and Meghan they often throw under the bus when it comes to distracting news — and that strategy is already being employed by Clarence House, which Yahoo Royal Executive Editor Omid Scobie pointed out in his recent column.

It was recently revealed that Charles accepted large bundles of cash for his charities from Sheikh Hamad bin Jassim, the former prime minister of Qatar. Why would a donation need to be given in cash? Well, the palace doesn’t want you to question this befuddling moment, so Scobie pointed out that the U.K. headlines made sure to focus on “Meghan’s ‘bullying’ allegations and Lilibet Mountbatten-Windsor meeting Charles for the first time” instead. Nothing to see here!

The royal expert believes that “the coverage was no coincidence” and the palace is moving on to a more modern approach with communications, one he dubbed, “deflect and distract.” For now, it seems to be working, but Scobie is calling the monarchy out for their lack of transparency, especially since “the days of the royal family being able to hide transgressions or mistakes are long gone.” With social media taking a firm hold and the public able to “see straight through the smoke and mirrors” of the royal family, Prince Charles might want to find a more honest approach.

Before you go, click here to see the best photos from Prince Charles and Princess Diana’s marriage.