Two days after Prince Harry avoided him at Buckingham Palace, President Donald Trump responded to his “nasty” comment about Meghan Markle, Duchess of Sussex. That’s right: The POTUS is still talking about it and seems happy to do so with anyone not named Meghan or Harry. During his state visit to the UK in the first week of June, in between various royal activities, Trump did an interview with Piers Morgan. Among the topics discussed was Trump’s recent comment that Markle was “nasty” because of her negative opinion about him. 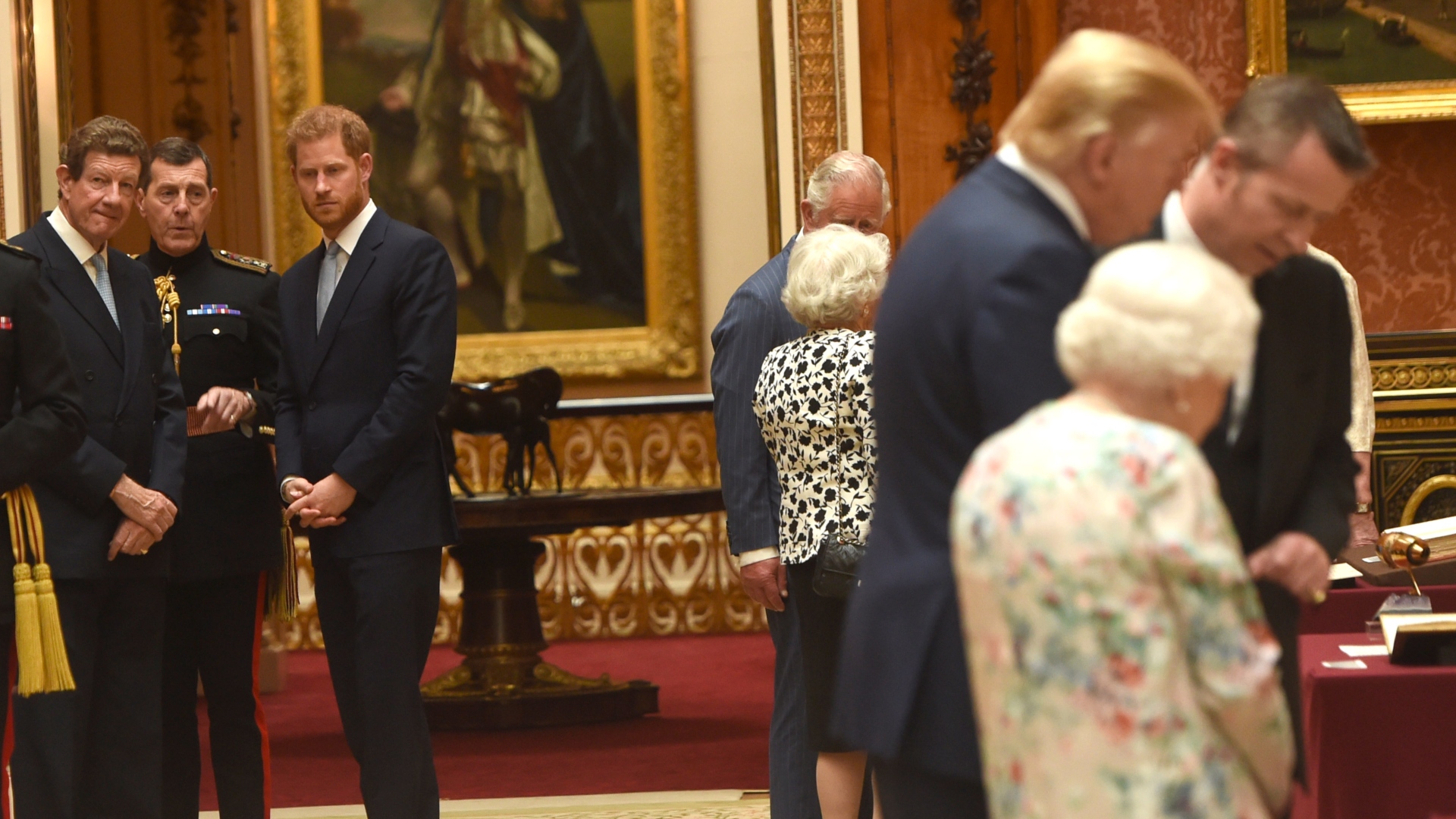 Trump seems to have changed his tune in his interview with Morgan, where he acknowledged the comments in order to clarify them. “[Meghan] was nasty to me, and that’s okay for her to be nasty. It’s not good for me to be nasty to her and I wasn’t,” Trump told Morgan on Good Morning Britain, per People magazine.

‘Tonight we celebrate an alliance that has helped to ensure the safety and prosperity of both our peoples for decades, and which I believe will endure for many years to come.’ This evening, a State Banquet was held in the Ballroom at Buckingham Palace in honour of the State Visit of the President and Mrs Trump. In her speech at the banquet, The Queen spoke of the mutual aims and beliefs of both countries, saying, ‘Mr President, as we look to the future, I am confident that our common values and shared interests will continue to unite us.’ The Prince of Wales, The Duchess of Cornwall, The Duke and Duchess of Cambridge, The Duke of York and The Earl and Countess of Wessex also attended the banquet. 📸 Press Association

Trump was also asked if he had had plans to address his comments about Meghan when he met with Harry on the first day of his UK visit. Trump told Morgan, “We didn’t talk about it. I was going to because it was so falsely put out there.” It’s unclear if Trump addressed anything related to Meghan (who has been noticeably absent from all state visit events so far this week) with Harry at any point during his visit. Based on expectations for a royal family member to remain both politically neutral and polite no matter what, we doubt Harry would have been the first to bring up the issue even though he has every right to defend his wife.

Trump’s interview with Morgan on Good Morning Britain aired in the UK at 6 a.m. local time, so it’s likely clips or the full interview will make its way to the internet in the next day or two for the rest of the world to watch accordingly.