AMSTERDAM — When Friedrich Nietzsche turned his pen on his onetime friend, Richard Wagner, his overarching critique was that grandeur shouldn’t be mistaken for depth. He worried about the marketplace consequences of blockbusters blotting out substance, not unlike today’s film reviewers warily watching the latest Avengers movie.

Yet opera does live on bigness, which means that it has lived on cycles. And with his “Ring” tetralogy, Wagner threw down a gauntlet. Since then, thinking in multi-opera arcs, and seeing an operatic project in multiple works, has been core to the modern conception of the art form: Think Puccini’s “Il Trittico” or Philip Glass’s trio of great-men “portrait” operas, “Einstein on the Beach,” “Satyagraha” and “Akhnaten.” The trilogy that Robert Ashley wrote beginning with “Atalanta” even ends within a separate tetralogy, “Now Eleanor’s Idea” — nesting dolls of cycles.

I thought a lot about grandeur and depth over the past few weeks, as I took in Wagner’s “Ring” at the Metropolitan Opera then caught a glimpse of another, even more gargantuan cycle — Karlheinz Stockhausen’s seven-opera “Licht” — as staged by Pierre Audi in three days of excerpts at the Holland Festival. It was a move from Wagner’s traditional, if sprawling narrative structure to something far more ambiguous. 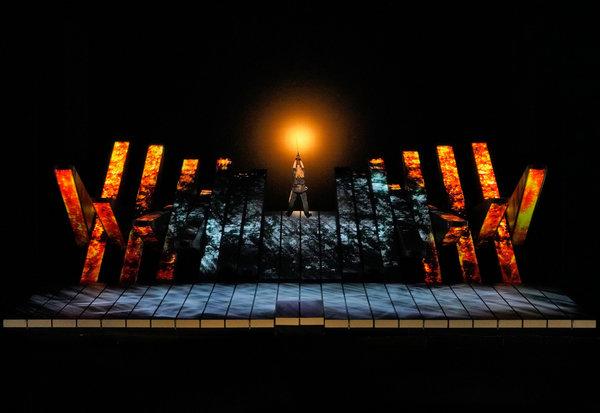 The mainstream thumbnail biography for Stockhausen holds that he started out with vision and ended up with mere grandiosity, making abstruse works for the tight circle of collaborators who surrounded him. But after 15 hours of “Aus Licht” last weekend — about half the cycle — that reductive portrait was finally, fully shattered for me.

The first opera in the original cycle, “Donnerstag aus Licht,” actually begins with strong narrative drive. It’s seemingly autobiographical, with the wisdom-seeking character of Michael a stand-in for Stockhausen. Character (like creator) suffers through childhood trauma in World War II-era Germany, gains postwar admission to a conservatory, and embarks on a worldwide career in music.

The next two operas focus on the cycle’s other primary figures — Lucifer, the independent-minded fallen angel, and Eve, a maternal figure and instructor in love. Over the subsequent operas, these characters fight and collaborate, by turns. By “Sonntag aus Licht,” the final opera, Lucifer is virtually absent, and the union of Michael and Eve has a multicultural tinge — with tributes to concepts of love and communion voiced in a wealth of languages.

And yet this happy, even utopian, conclusion doesn’t resolve troubling elements from the other operas — the race-based children’s war in “Freitag aus Licht,” for example. Those troubles merely seem to evaporate, without being forgotten.

The specter of violence is still there. And if quasi-divine characters like Michael and Eve can’t break the cycle of carnage — as Brünnhilde does at the end of Wagner’s “Ring” — what hope does humanity have? A break from logic starts to look like the only escape available in the middle of the 20th century, with Romantic notions of deliverance thoroughly discredited. So what can fill the void? Stockhausen’s music.

In an interview, Kathinka Pasveer, one of Stockhausen’s partners and collaborators, and the musical director of “Aus Licht,” said that for him, “more and more, the music became the most important thing.”

Even some more textually inclined composers of opera cycles have toyed with abstraction. In “Now Eleanor’s Idea,” the title opera from Ashley’s cycle-within-a-cycle, a bank teller central to the intrigue in a previous opera starts a new career as a newscaster; the second act is her broadcast on lowrider car culture. Even if you know that each opera of the tetralogy is intended as an allegory “for an individual’s self-realization within the context of a major religion found in the United States,” you have to do a little interpretive work to keep your own understanding afloat.

That comfort with conceptual mystery as an organizing element has also had a strong influence on the American composer-saxophonist Anthony Braxton and his “Trillium” series of operas. When I interviewed Mr. Braxton earlier this year, he referred to Stockhausen as a hero, while also expressing his affection for Wagner. (By contrast, Ms. Pasveer said that the music of Wagner made Stockhausen “sick” — and that they once had to leave a performance of “Die Walküre,” after only 20 minutes.)

Mr. Braxton has said, of the “Trillium” series, still in progress, that while each act has an “apparent story,” “nothing is as it appears.” So while the apparent story of an act in a “Trillium” opera might be about, for example, vacationers discovering a lamp with genie, the subtext could have to do with the reduced cultural capacities for imagination. (The vacationers pester the genie for catalogs to order from, instead of coming up with their own original wishes.) While “Trillium” is more politically earthbound than “Licht” — even when it travels into space — the listener is similarly charged with the responsibility to make connections, to create an individual meditation.

Like Stockhausen, Mr. Braxton also thinks about his music in modular terms. A vocal part from “Trillium” might turn up as fodder for one of Mr. Braxton’s improvising trios, or in performances of his other pieces for voice.

And in Amsterdam, there was a compelling window onto Stockhausen’s method of building up his music dramas through compositional layering. An electronic work for voices, “Invisible Choirs,” was occasionally audible during the first act of “Donnerstag.” After the night’s live performance was over, “Invisible Choirs” was played again, this time blasted over the venue’s surround sound system, as a stand-alone composition.

When the work’s mass of voices pulsed across the auditorium, a sense of Stockhausen’s stated interest in the fate of humankind — not just his own story — was made excitingly concrete. This abstract but moving sense of depth came from a closer examination of the opera’s music, as opposed to whether it was telling a traditional tale.

By moving away from the overarching narrative flow of the “Ring,” these more recent cycles may be reflecting the fact that the epic scope that was once opera’s trademark has been overtaken by the Marvel Cinematic Universe and “Game of Thrones.”

But even if opera cycles have grown more enigmatic, mad creative ambition still reigns in them. Stockhausen may have taken leave from writing a straightforward tale as he worked on “Licht,” but he didn’t fall off a creative cliff. He was actually soaring. 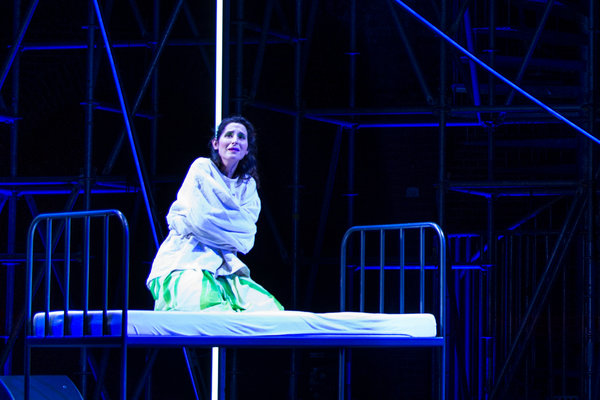 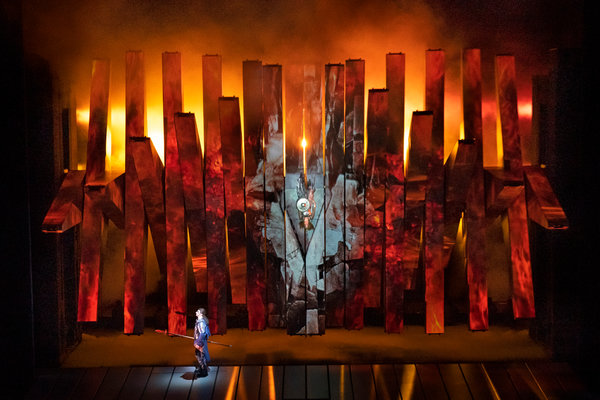 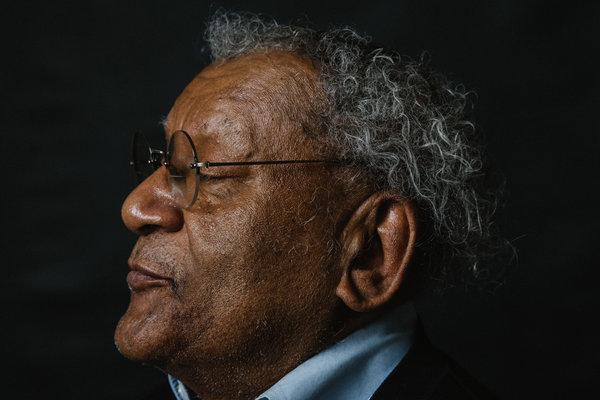 Bradley Cooper and Irina Shayk ‘SPLIT’ after four years together