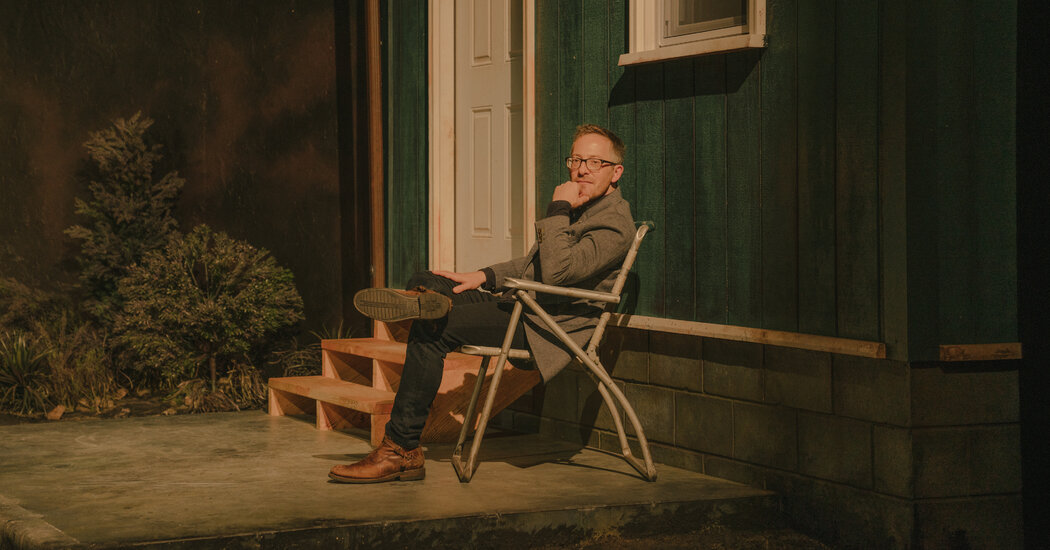 Nearly a year ago, Playwrights Horizons’ new artistic director Adam Greenfield unveiled a four-play season for 2021, with all the titles directed by woman and written by nonwhite authors.

All four titles — Aleshea Harris’s “What to Send Up When It Goes Down,” Sylvia Khoury’s “Selling Kabul,” Dave Harris’s “Tambo & Bones,” and Sanaz Toossi’s “Wish You Were Here” — now have opening dates as part of Playwrights Horizons’ 2021-22 season, which is set to begin in September. And the lineup has an exciting addition: Next summer, the nonprofit theater on West 42nd Street will present the world premiere of the Pulitzer Prize finalist Will Arbery’s “Corsicana,” directed by Sam Gold.

“I wanted to make good on the plays we had already scheduled and show that I was committed to these writers,” Greenfield, who is now in his second year as artistic director, said in a phone conversation on Tuesday. “Each of these pieces demands to be heard.”

Arbery, who was a finalist for the Pulitzer Prize for Drama for “Heroes of the Fourth Turning,” his depiction of contemporary conservatism that premiered at Playwrights Horizons in 2019, is set to return to the nonprofit Off Broadway theater in June 2022 with “Corsicana.” The play tells the story of a woman with Down syndrome and her younger half brother as they grapple with their mother’s death in a small city in Texas and become entangled with a reclusive local artist. It will be directed by Gold, who won a Tony Award for helming “Fun Home” on Broadway and is also directing a staging of Chekhov’s “Three Sisters” at New York Theater Workshop in the spring that had originally been planned for 2020, and whose starry cast includes Greta Gerwig and Oscar Isaac.

The rest of the 2021-22 season is set to start in September with “What to Send Up When It Goes Down,” a ritual-as-play by the Obie winner Aleshea Harris that honors Black lives lost to racialized violence. It will be directed by Whitney White (“Our Dear Dead Drug Lord”), who also directed the recently concluded production of “What to Send Up” at BAM Fisher, which the New York Times critic Maya Phillips praised as “a series of cathartic experiences” for audience members of color.

Next up in November is Khoury’s “Selling Kabul,” a thriller set in Afghanistan that examines the human cost of immigration policy, and which will be directed by Tyne Rafaeli. The play was initially slated for the 2019-20 season and was in rehearsals when the pandemic closed theaters in March 2020.

“It tracks the experience of those Afghans who were left behind as we’ve been leaving Afghanistan,” Greenfield said. “That is a subject that has been in the news increasingly over the last year.”

Then in January comes the world premiere of Dave Harris’s “Tambo & Bones,” which is being billed as a “hip-hop triptych” about two characters trapped in a minstrel show. It will be directed by Taylor Reynolds. In April, the theater will stage Toossi’s dramatic comedy “Wish You Were Here,” which follows best friends who grapple with cultural upheaval amid the Iranian Revolution. It will be directed by Gaye Taylor Upchurch.

Greenfield said that a new show by the “Slave Play” writer Jeremy O. Harris — “A Boy’s Company Presents: Tell Me If I’m Hurting You,” which was originally scheduled to open in May 2020 before being scuttled by the pandemic — will not be part of the 2021-22 season, but is still in the works.

“There was a backlog of plays that had been discussed, and some just made more sense to reopen with,” Greenfield said. “But I think that will be a future conversation. It’s still in discussions.”

Along with its main productions, Playwrights offered details about its other projects. Eleven writers have been commissioned to produce work for the second season of the theater’s scripted fiction podcast series, “Soundstage.” The company is also continuing its new performance series, Lighthouse Project, that aims to fill the periods between scheduled productions with installations, performances and events by in-house artists rather than renting space to outside groups.