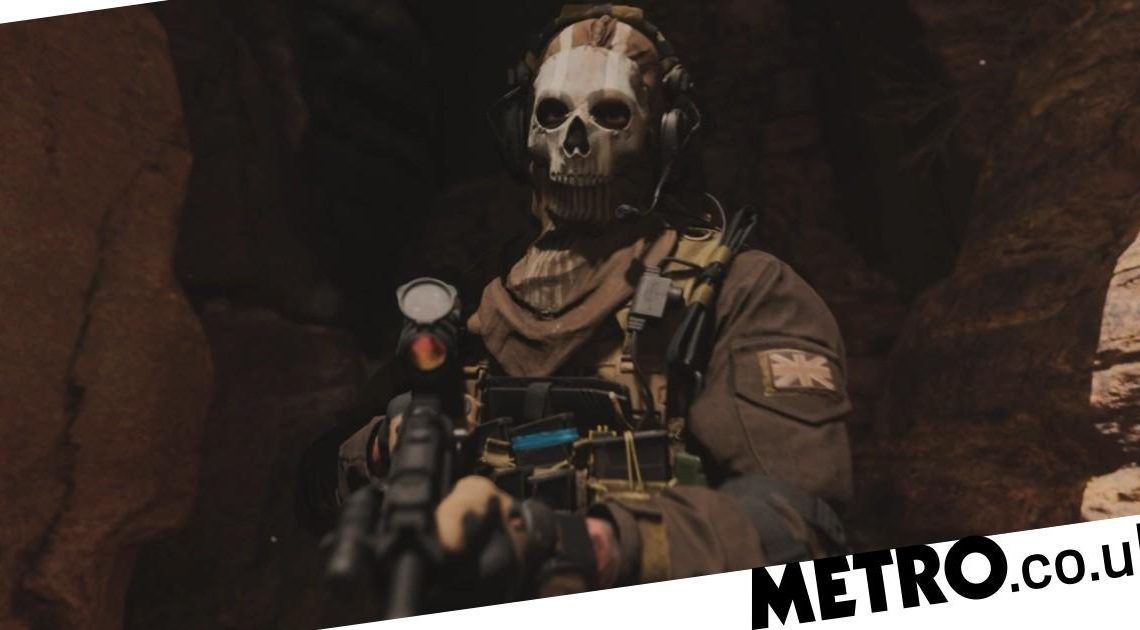 One of Call Of Duty’s most popular characters could be getting his own spin-off, either as a separate game or as Modern Warfare 2 DLC.

While Activision has claimed that it won’t be breaking the annual Call Of Duty release schedule and will have ‘the next full premium release’ out in 2023, it’s widely believed that the plan is for a DLC expansion for Call Of Duty: Modern Warfare 2 – not a brand new game.

Details of this rumoured DLC remain slim, but it’s claimed it will include maps from previous Call Of Duty games, as well as a new story campaign.

You’d assume that any new campaign DLC would act as a follow-up to the main game’s story, but the latest rumour says it could be an origin story for the character of Ghost.

Ever since his debut in the original Modern Warfare 2 from 2009, Simon ‘Ghost’ Riley has been a recurring presence throughout the franchise, popping up in other games like Call Of Duty: Warzone and Call Of Duty: Mobile.

Ghost is easily one of the most iconic characters in all of Call Of Duty, instantly recognisable thanks to his skull patterned balaclava. Given his status and popularity, it makes sense from a marketing perspective to give him his own spin-off, even as DLC.

The rumour comes from a WhatIfGaming report by RalphsValve, who has accurately shared Modern Warfare 2 information in the past. They leaked the reveal date for the game’s campaign and the dates for the beta sessions.

He’s not entirely clear if the Ghost spin-off will be DLC for Modern Warfare 2 or its own game, but the aim is for it to serve as an origin story and flesh out the character’s backstory.

Apparently, Modern Warfare 2’s development team even approached Ghost’s actor, Samuel Roukin, during development about the possibility of doing more with his character.

‘There’s something about that character that’s iconic, but the mask and some of those more superficial elements, as we’ve attempted to build them out here in our current release, where did some of those things come from?’ explained Bloom.

‘And exploring that, and looking at that would be something I think the audience would love, and we would love to get into.’

It’s worth mentioning that Ghost’s backstory has been covered before, via a tie-in comic book series for the 2009 Modern Warfare 2. It depicted his experiences before joining Task Force 141, his childhood, and the origin behind his skull balaclava.

Technically that was a different character though, so the new story wouldn’t be under any obligation to keep the same details.

There’s also the question of whether Ghost’s face would be shown, something that’s never happened in-game. Although fans have found out what he looks like thanks to recent datamining.

Interestingly, even though such a project would be handled at Infinity Ward, previous claims say that Call Of Duty: Vanguard studio Sledgehammer Games is working on the DLC expansion.

Aubrey O’Day: ‘There’s been a lot of fat photos of Aubrey and I wasn’t even fat’