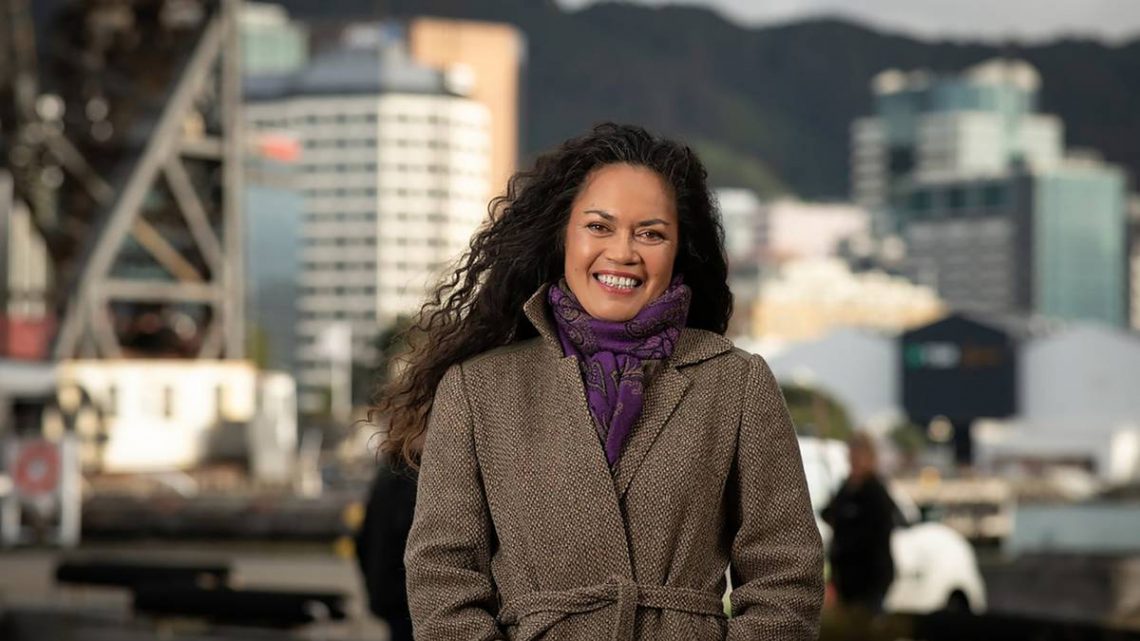 Mere Tokorahi Boynton: My Story as told to Elisabeth Easther

I grew up on the whenua of Mangatu an iwi-incorporated farm outside Gisborne in the late ’60s, and late ’70s. Mum was at home, dad worked on the farm, and all the farms in our community were managed by Māori. In our nearest township of Whatatutu, we had whakapapa connections to almost everyone. It was an amazing time of belonging, and feeling grounded in who we were.

I also had some whānau who lived in poverty, or didn’t have a lot to go round. Cousins sharing four to a bedroom, but we were a very small nuclear whānau, me, my sister Judith and our baby brother Sonny. We probably didn’t have a lot in terms of material things, but we always had plenty of kai, a roof over our heads, and there was whanaungatanga and aroha.

I was a goodie two shoes at school and I loved storytelling. When I was 8, we were asked to write a story with pictures about what we wanted to be when we grew up. I chose either an air hostess- so I could travel the world and wear glamorous clothes – or a ballet dancer. Mangatu didn’t have a ballet teacher but Te Karaka did and when we moved there, when I was 10, I took lessons. Only I didn’t like the teacher.She didn’t fit the stereotype of what I perceived a ballerina to be. She was a crabby old kuia, and she smoked heaps. Also I didn’t have the discipline, so that didn’t go anywhere.

We were always surrounded by singing and music on both sides of my whānau. Mum was an amazing singer who played the ukulele and dad whistled. We grew up singing for the joy of it and we learnt all these songs in Māori and English.Then I was “discovered” by my primary headmaster. He was listening in on kapa haka practice and I was harmonising. When he heard my voice, he called my parents and said I’ve arranged for Mary, that was my name then, to audition for a singing teacher. That’s how we ended up at the home of Maureen Potroz in Gisborne. My parents felt really whakamā, and out of their depth, taking their daughter to see this teacher and, they were freaking out about how to pay for it. But beautiful Maureen, she charged my parents next to nothing. Later, whenever I was interviewed by The Gisborne Herald for “local girl done good” stories, I’d always thank Maureen Potroz because she opened doors for me.

When I entered singing competitions, mum and I would curate my wardrobe and from the ages of 12 to 17 I smashed it, in Gisborne, Tauranga, Rotorua and Wellington. I’m very competitive and I loved winning. My dad was a rugby player and dog trialist, he was like that too, the whole Boynton whānau has a competitive streak. There were times I experienced racism. Some girls were very passive aggressive towards me. They’d say nasty things, but my revenge was beating them. I didn’t see barriers, I just saw challenges and winning was my utu. Those experiences definitely formed me as a person.

I wanted to study opera, but I didn’t have Grade Eight music theory,so I went to Victoria and studied languages. German, Italian, te reo Māori, but I struggled trying to learn three languages at once, so I stayed with te reo and got a BA (hons) in Māori Studies. University was definitely an awakening, though. I met people at Te Herenga Waka Marae, and I joined the kaupapa Māori band Aotearoa, with Ngahiwi Apanui, Maaka McGregor, Kevin Hodges and Moana Maniapoto.

My parents were really proud of their kids, and they didn’t tell us that mum was ill till she was actually dying. I was finishing my music studies. I was at the Wellington Conservatorium of Music by then, and I wondered why they weren’t able to come to my performances, but I didn’t find out that mum had been too unwell until three months before she died. We were all living independent lives, and dad and mum made their decision because they wanted to protect us. That created a lot of grief for me, that I hadn’t gone home and looked after mum sooner. When my mother died, I fell to pieces. I couldn’t sing. I developed this bleat, like a wicked tremolo, and it really knocked my confidence. Just the year before I’d topped my performance class at the Conservatorium but, after mum’s tangi I was blindsided. Every time I’ve had a stressful time since then, mainly when someone close to me has died, I’ve had throat problems. My voice is my space of communication and artistry, and that’s the thing that gets attacked when I’m grieving.

My biggest journey involves my son Mana Tawhiti. He is autistic, and my husband and I burnt ourselves out trying to look after him. He has limited communication and has huge anxiety.He has OCD and SIB, so he’s very complex. We expect people to behave in a certain way and he doesn’t.I knew my son needed a village to look after him, because this world wasn’t able to make space for him. When I started researching places he could go, I discovered Hohepa Residential School in Napier. When I saw their website, and read, “we look after the soul of the child”, I knew that’s where my baby needed to go. For two years we transitioned Mana ’til a space became available and he could be there fulltime. He was 10 then. Now he’s 19 and that’s his home.

My husband and I moved to Napier to be closer to our son. Many times our relationship foundered. There was grief and shame. We were confused about what was right for our son. It’s been hard to relinquish control as parents, to let that go, but they’re amazing caregivers and they work hard to give Mana the best life – because for some people, struggling by themselves, it can cost you your life. Our son never slept. Simon and I were getting no moe, it was relentless, but now our son is in a beautiful valley but still connected to the community, with all these vibrant young people with energy and aroha who give these tamariki fulltime guidance.

I’ve performed in amazing theatre, films and music. I’m very blessed, and I don’t use that word flagrantly. But things have arrived when I’ve been in a place of self-belief and flow. We all have moments where we lose confidence and question ourselves, our purpose,but when you have self-belief you can take on the world. A lot of people don’t realise the power of mauri, of life essence, that thing that we emanate. But if you radiate energy you attract energy back. If you radiate anger or disbelief, that’s what you get back. When if you radiate aroha, nine times out of ten, that’s what you receive. Although I’m still learning that lesson, that is my experience.

How to celebrate Christmas like Prince Harry and Meghan Markle