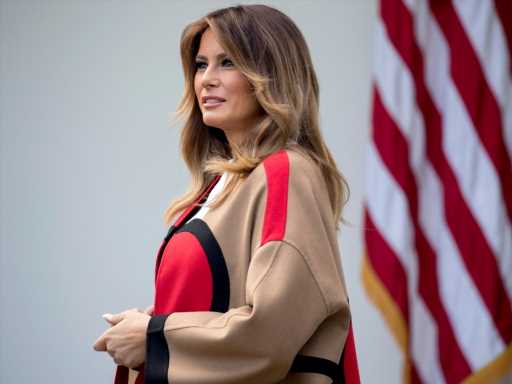 Code names and nicknames the White House Secret Service give to those they are sworn to protect might seem inconsequential, but they can actually reveal a lot about the person. Over the years, there have been some interesting code names for members of the first family, which is why it’s only a bit surprising that Melania Trump reportedly earned the nickname of one particular Disney princess — and not for the reason you might expect.

According to former East Wing communications director and one-time White House press secretary Stephanie Grisham, the former First Lady was given the nickname “Rapunzel” by the secret service because she would hardly leave “her tower, aka the White House residence,” per Grisham’s tell-all I’ll Take Your Questions Now: What I Saw in the Trump White House, according to Insider. As for how Melania did spend her time in the ivory walls of 1600 Pennsylvania Avenue for those four years of Donald Trump’s single term as president, she was mostly family-oriented. And she was working on a project of her own.

Grisham’s book further details that Melania mostly spent time with her parents and son, Barron, in the executive mansion. Most of her days were allegedly spent dedicating herself to putting together a photo album, which Grisham describes in her tell-all as one of Melania’s “two children.”

While her husband was spinning news stories or sewing chaos, Melania seemed more than content to stay out of the drama (at least as much as she could) and work on her photo album, according to Grisham’s account. Based on the nickname Secret Service gave the first lady, we’re not sure we’ll ever be able to read the fairytale of Rapunzel the same way again.

Before you go, click here to see quotes that prove Melania Trump is a lot like her husband.