My, my, my. With just a few days to go before Meghan Markle and Prince Harry’s long-awaited tell-all conversation with Oprah Winfrey is set to air, UK outlet The Times suddenly has its ears full of palace sources with nothing but bad things to say about the Duchess. The same day that Meghan scored yet another decisive legal victory against publications like Mail on Sunday for invading her privacy, the paper published a report claiming several palace staff had felt “bullied by the duchess” during her time there, a claim that Meghan swiftly publicly denied. In a letter sent by her legal team directly to the paper, however, the Duchess was more direct in her rebuke, slamming the “defamatory portrayal” as “no coincidence” given the timing of her Oprah interview and accusing them of “being used by Buckingham Palace to peddle a wholly false narrative.” 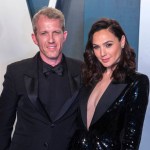 The original Times piece reports that “two senior members of staff have claimed that they were bullied by the duchess,” with a third alleging “emotional cruelty and manipulation.” In a statement to the Times, a spokesperson for Meghan said this.

“Let’s just call this what it is — a calculated smear campaign based on misleading and harmful misinformation. We are disappointed to see this defamatory portrayal of The Duchess of Sussex given credibility by a media outlet. It’s no coincidence that distorted several-year-old accusations aimed at undermining The Duchess are being briefed to the British media shortly before she and The Duke are due to speak openly and honestly about their experience of recent years.”

In a statement to the public, Meghan had this to say: “The Duchess is saddened by this latest attack on her character, particularly as someone who has been the target of bullying herself and is deeply committed to supporting those who have experienced pain and trauma. She is determined to continue her work building compassion around the world and will keep striving to set an example for doing what is right and doing what is good.”

There’s one thing that’s abundantly clear from this flurry of new reports determined to make Meghan look bad: someone is shaking in their boots about what might come out this Sunday. And we can’t wait to see what that is.

Before you go, click here to see the craziest conspiracy theories Meghan Markle has faced since becoming a royal.