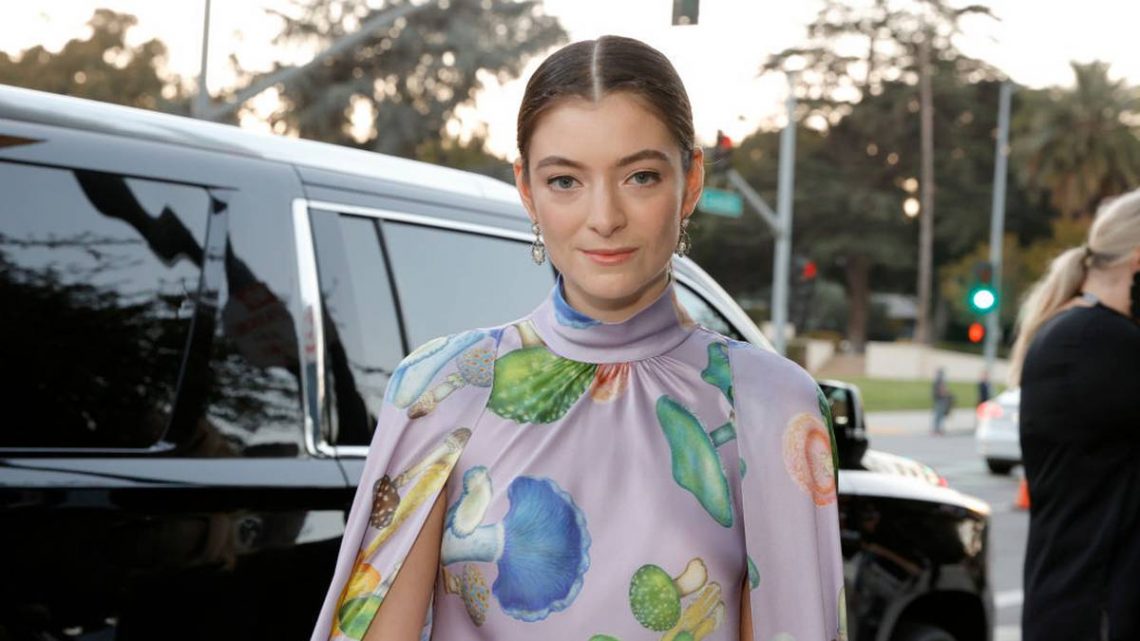 New Zealand singer Lorde has been seen sporting a sparkler on her ring finger in recent months, fuelling rumours she is engaged to music executive Justin Warren.

It’s been a big year for Lorde: releasing her new album Solar Power, appearing on the cover of Vogue and attending the infamous Met Gala.

And the 24-year-old singer stunned at Variety’s Power of Women event in Los Angeles on Thursday, turning heads in a stunning silk cape dress that featured a mushroom print.

But it was the placement of a large sparkly ring on her finger that had everyone talking.

Lorde has remained fiercely private about her love life and any relationship with her music executive boyfriend 41-year-old Warren.

However, in August, Lorde was spotted in a rare display of PDA with Warren while out and about in West Hollywood, leading onlookers to declare the pair looked “smitten”.

The Kiwi couple held hands and kissed in the parking lot after dinner, as hungry paparazzi snapped the rare appearance.

The private duo had been last seen together taking a stroll on the beach in Auckland in October 2020.

Warren wasn’t in attendance with Lorde during her most recent Met Gala appearance, but she was wearing the same ring on her engagement finger throughout the event.

In 2016, the couple were first photographed by Woman’s Day frolicking on the beach together but at the time Warren strongly dismissed rumours they were dating.

He told the New Zealand Herald: “Ella and I have worked together for years and we’re good friends. Any rumours of us being “a pair” are ridiculous.”

Warren has worked with Lorde since she was first signed to Universal Music.

Lorde famously signed a development deal with Universal Music at the age of 13 and had a meteoric rise to fame with the release of her song Royals in 2013.

The songstress also previously dated photographer James Lowe, before splitting at the end of 2015.

Ozy Media To Shut Down